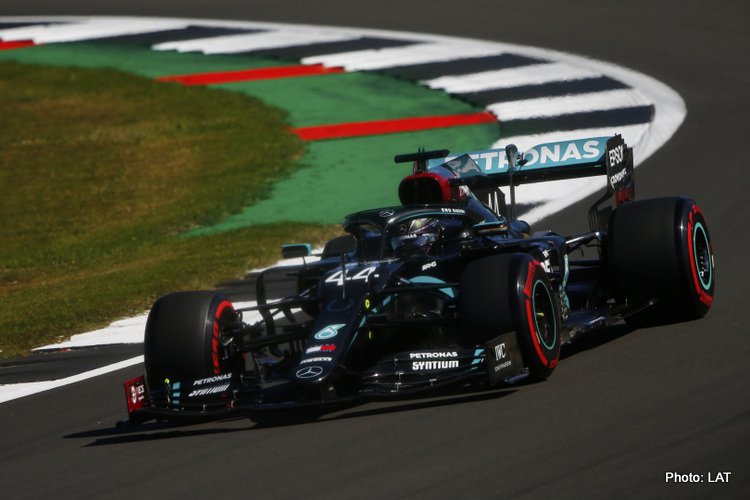 Mercedes and Lewis Hamilton reaffirmed they are the team and driver to beat while keeping plenty of pace in hand in final practice for the 70th Anniversary Grand Prix at Silverstone.

Topping the timesheets with a best lap of 1:26.621, Hamilton was 0.163s ahead of teammate Valtteri Bottas, but over a second down on his best time in yesterday’s FP2.

Even more than it was the case yesterday, tyre life seemed to be at the forefront of everyone’s minds, with the slightly cooler temperatures doing nothing to encourage faster running on the softs.

And as Lando Norris might have showed in finishing third, 0.581s behind Hamilton’s Mercedes, the medium tyre might be the way to go regardless, should teams struggle to keep the softs alive through all three sectors of a fast lap.

Charles Leclerc was sixth for Ferrari, ahead of the Red Bulls of Max Verstappen and Alexander Albon, although it should be mentioned that Verstappen had traffic issues that stopped him from setting a faster lap.

Esteban Ocon and Carlos Sainz completed the top-ten, the latter almost exactly a second down on the leader.

AlphaTauri’s Pierre Gasly and Daniil Kvyat were 11th and 12th, ahead of Ferrari’s Sebastian Vettel, who somewhat made up for the track time he lost with an engine issue yesterday.

P3 in FP2, Daniel Ricciardo was unable to carry over his pace this morning, finishing 14th, albeit just 0.004s off old teammate Vettel, and 0.261s ahead of Romain Grosjean in P15.

The Williams pairing of Nicholas Latifi and George Russell came next, followed by the Alfa Romeos of Antonio Giovinazzi and Kimi Raikkonen.

Kevin Magnussen was last for Haas, the only driver two-seconds outside the fastest time. 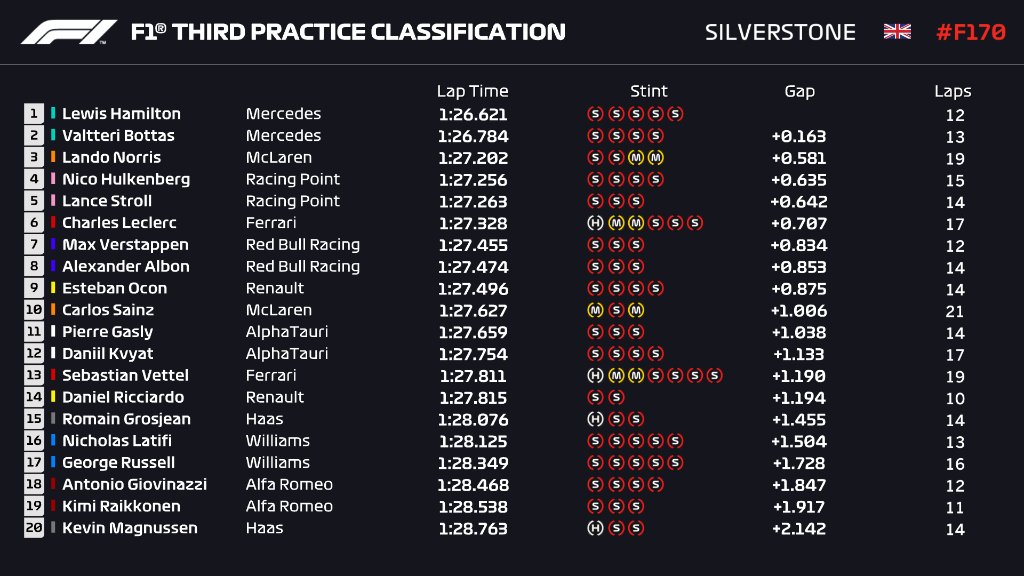