Leclerc: Starting from P8 and I cannot be happy with that 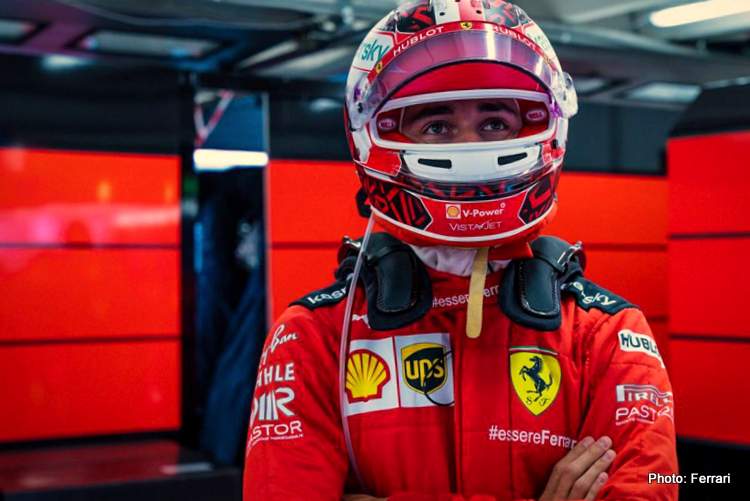 Enzo Ferrari was notorious for never blaming his team’s failings on the car, today he would have a tough time of it as the SF1000 concocted by Ferrari engineers for this year’s Formula 1 campaign is not a pleasant beast to describe.

In the wake of Engine-Gate, or whatever it is referred to,  all Ferrari powered cars have taken a substantial performance-hit since last year it was found that they were running an illegal package.

Few approved of the secret deal between the FIA and Maranello to clear the air and prevent similar ‘cheats’ in future but this was swept under the carpet as another dirty deal done to favour Ferrari got covered up.

However, the truth is that the Prancing Horses have been castrated since the ruling.

Yet again they were well below-par during qualifying for the 70th Anniversary Grand Prix at Silverstone where Sebastian Vettel failed to make Q3 and Charles Leclerc managed eighth, but a huge 1.5 seconds down on the dominant Mercedes duo.

Needless to say, the Monqegasque is expecting a tough race as the Reds drop into the heart of the midfield in terms of pecking order, “So far, we have been struggling more than last week and we will be struggling a bit more in the race because of our aggressive downforce level. It’s lower than everyone else’s and will make our life difficult in terms of tyre management.

“Since yesterday we’ve made good progress on the Medium tyres that seemed very competitive today and on which we managed to get through to Q3, but as it stands, we seem to have lost something we had yesterday on the Soft tyres.

“Considering the degradation we had on the softer compound, it’s going to be a difficult race for us, more so than last Sunday. I am definitely happy with the job I’ve done today, I think we extracted the maximum from the car, but it was not enough, as we are starting from P8 and I cannot be happy with that,” added Charles.

Clearly buying into excuses by self-flagellation tactic that prevails at Maranello these days, Sporting Director Laurent Mekies had this to say, “There can be no doubt this was a poor qualifying performance, given that our drivers are eighth and twelfth on the grid.

“On this very same track and in very similar conditions, we have taken a step back in terms of competitiveness compared to a week ago, in terms of our own performance and up against that of our main rivals this season.

“In particular, we were unable to use the softest Pirelli compound properly. Now we have to work out why, not so much for tomorrow, but for the rest of the season. It’s definitely going to be a difficult race, with tyre management playing a key role.”

Vettel, three-tenths down on Leclerc, was audibly downbeat with 12th as he radioed in to say he extracted what he could from the SF1000.

Later he added, “We tried a lot of things and I was happy with my laps, but I don’t think that there was any more to get out of the car today. I need more grip to go faster.

“I must congratulate my engineers for improving the car compared to last weekend, but if you look at the stopwatch there is no difference. It seems we are stuck and of course it is disappointing to be in twelfth with that gap between our two cars. We are where we are for a reason, we are just not fast enough.

“It will be difficult tomorrow to fight for points but I will do my best,” added the German.

Nevertheless, Mekies does have a sliver of hope, “Compared to a week ago, there are more strategy choices on the table, which could create more opportunities and it will be down to us to exploit them. What is certain is that we will do all we can to bring home the best result possible.”