Verstappen: We can’t magically change things within a few days 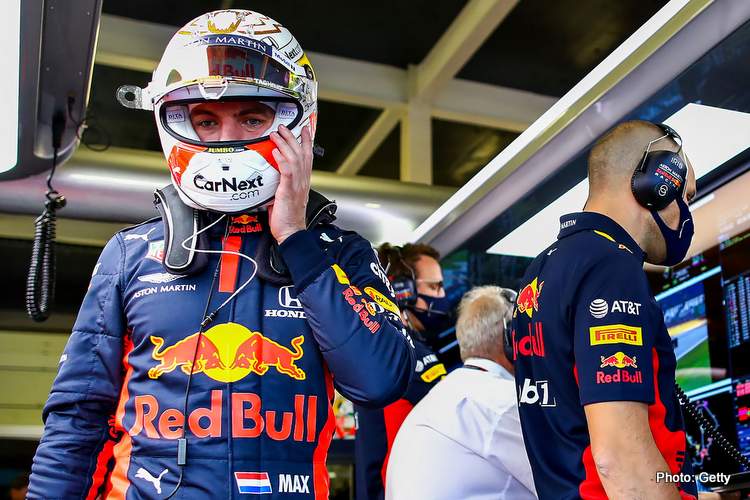 For the sake of the sport, non-Mercedes fans are all rooting for Max Verstappen to take the fight to the mighty Black Arrows but the Dutchman is lacking the ammo to do the business and there is no overnight magic button to count on for the 70th Anniversary Grand Prix weekend.

In FP1 on Friday, at Silverstone, Max was closest to the Mercedes duo, but in FP2 dropped to fourth as his ex-teammate Daniel Ricciardo found some grunt in that hitherto disappointing Renault.

The Red Bull number one driver remains the most likely to trouble Lewis Hamilton and Valtteri Bottas on any given Sunday, but he still laments the lack of pace he is currently plagued with, “The gap to Mercedes last weekend was big, so of course I think it’s quite normal that we can’t magically change things within a few days, but we are doing what we can.

“We tried a few things with the car, I think some were really decent but we will, of course, have to go through it properly tonight and see tomorrow. I think it could be quite close in qualifying with the group behind but then in the race it could be quite lonely again.

“The softer tyres had a lot more degradation today and I think it’s almost impossible to do one-stop now. I guess you will see a lot of two-stop strategies in the race but I don’t expect the change in tyres to really set the order any differently.”

With things dialled down on day one, Verstappen was eight tenths shy of the Mercs and his teammate Alex Albon half a second further back in 11th. Expect the gap to widen when things get serious for qualifying.

Albon summed up: “In terms of trying to get what I want from the car and now we just need to do our homework tonight to come back stronger. It’s only Friday and everyone’s hiding something today so tomorrow we’ll get a truer picture.”