Hulkenberg: I’m feeling a lot more confident in the car 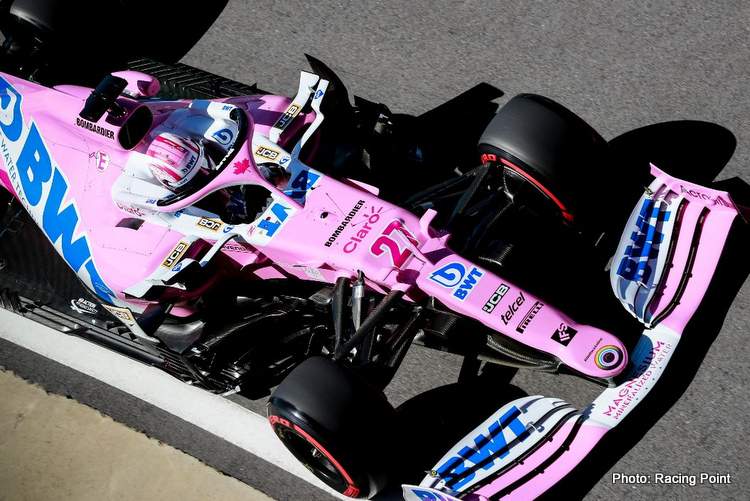 With last week’s false alarm British Grand Prix non-start, Nico Hulkenberg was back in action for Racing Point in place of the recovering Sergio Perez.

The German looked far more at ease and for the most part of the day had the better of teammate Lance Stroll in the sister car until the Canadian unleashed some pace to end day a quarter-of-a-second up on his new teammate.

Nevertheless, Hulkenberg was happy, “I’m feeling a lot more confident in the car: it helped that I was able to be in the simulator last week to prepare for the weekend. I’m much more familiar with how the team works and I’m more up to speed behind the wheel.

“It felt like a routine Friday and I was able to extract the pace of the car much more quickly today, which is a big positive. I’m pleased with today because we were able to try a few things with the set-up of the car, and it helped me adapt to the car.

“We were then able to work through today’s programme effectively, which gives us a good starting point for the weekend.

“I felt that there was pace to be found on the medium tyre because I didn’t have a totally clean lap, and I left some time on the table at the final corner, but all in all, it was a positive Friday.”

Amid the protests and off-track politics, the Racing Point RP20 is a handy piece of kit which is unashamedly based on last year’s title-winning Mercedes W10 and has podium written all over it. What happens when this occurs will be interesting after the FIA’s limp-wristed and convoluted punishment.

But it was a good day on their neighbourhood track, even traditionally glum-faced Lance was enthused, “It was definitely a positive day of running and it’s looking very tight between the teams. We’ve done plenty of laps around Silverstone now, which helps close all the gaps up, so it’s about maximising everything this weekend.

“We’ll go away tonight and make sure we come back tomorrow with the car dialled in and ready to go for qualifying. Pirelli has brought a softer range this weekend, which is giving all the teams a challenge because degradation is expected to be more of a factor in the race.

“Tomorrow’s practice will be important to help us prepare for qualifying, and I’m expecting an exciting race on Sunday,” added the Canadian.