Hamilton: Absolutely anything can happen in F1 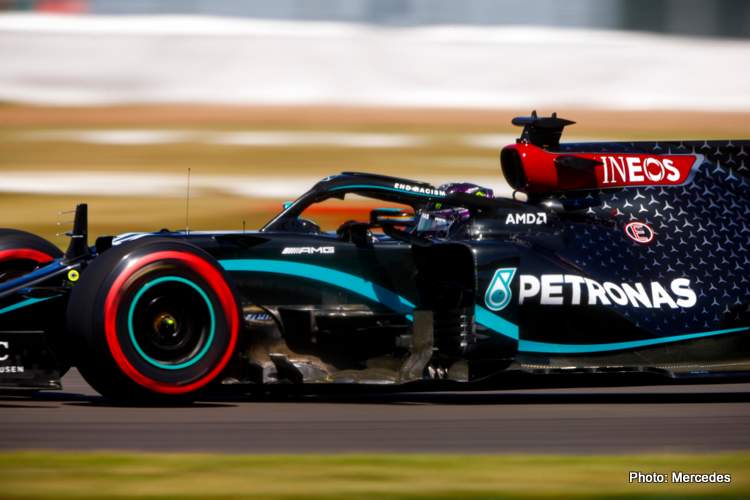 Lewis Hamilton and Valtteri Bottas have in the Mercedes W11 arguably the best Formula 1 car in history, one-twos are expected every race day Sunday as Brackley have found a second or more on their rivals with this latest masterpiece.

But the World Champions are taking nothing for granted, with championship leader Hamilton happy to be over-cautious, “It was great to take the win here last weekend, but I know just how strong Valtteri is and as we saw last weekend, absolutely anything can happen in F1.”

Indeed he too nearly went home empty-handed but managed to nurse the Pirelli canvas over the finish line to claim victory. A case of victory was theirs to lose and that they nearly did, however, what was a certain 1-2 became a lucky 1-11 for the boys in black.

Fast forward to today, after three hours of practice, the gap to their closest rivals is just under a second, which is sure to widen when they give it full-tilt in Q3 on Saturday.

On Friday evening, Hamilton did acknowledge, “It’s been a good start to the weekend. We brought a lot of learnings over from last week and with just a few small adjustments to the set-up we’ve been able to fine-tune the car and make some progress, which is positive.

“Both the Soft and Medium tyres feel very similar out there and there’s not a huge amount of time between them. We saw some overheating with the tyres, so they are going to take some nursing to get the best out of them,” explained Hamilton.

Mercedes Trackside Engineering Director Andrew Shovlin confirmed that assessing tyres were high on the priority list, “In terms of tyres but we’re all trying to get enough of the medium and hard into our qualifying and race allocation.

“The soft is a tricky tyre, it’s working quite nicely on a single lap but on a long run it’s not lasting long. We expect most teams will try to avoid that tyre in the race. The medium seems more durable and it’s not much slower compared to the soft on a single lap.

“We’ve got a fair understanding of the track from last week, so we were able to use some of the running in free practice to sign off a few development parts and do some experiments.

“It’s been pretty hot today but our pace looks reasonable for a Friday on both short and long runs which is useful as the hot weather looks like it will carry into Saturday and Sunday,” concluded Shovlin.

Mercedes have yet to be beaten this season and lead the constructors’ standings 68 points, with Hamilton winning three times out of four and leading Bottas by 30 points.