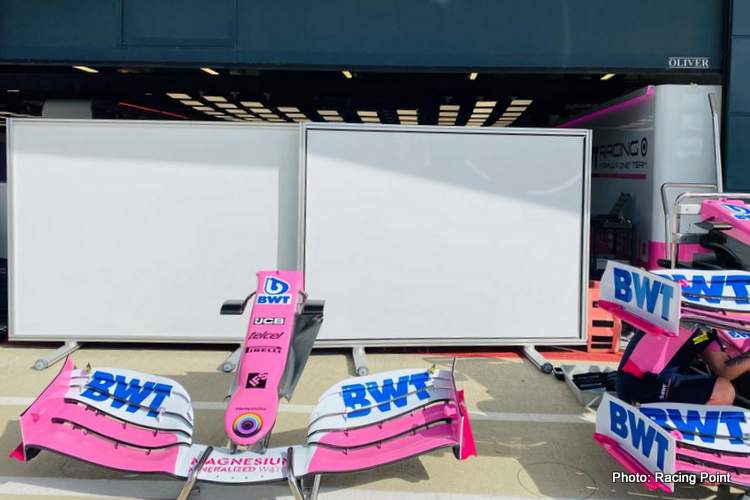 Racing Point have been fined and point deducted after rivals Renault protested the Lawrence Stroll owned team which is set to become Aston Martin next year.

This year’s Racing Point car has been dubbed the “Pink Mercedes” or more cruelly “Tracing Point” because of its striking similarity to last year’s title-winning W10.

“We are still trying to digest it, we need to ask some questions and get further clarification,” Szafnauer told the official Formula 1 website after the verdict. “It’s a bit disappointing. We thought we are well within the rules and did absolutely nothing wrong. We invited the FIA in March to come and view everything that we did. We had full disclosure.

“Thereafter, they wrote to us and said we were completely compliant. So that’s a bit disappointing. However, we now have to assess the sanction that was given. The FIA have acknowledged the rules of non-listed parts going to listed parts were far from clear and ambiguous and they could be viewed from two different sides.

“They took that into consideration when docking us points for half of the points that we achieved at the Styrian Grand Prix. And we just have to look at that now and decide whether to appeal or just move on.

“The initial thought is that from our perspective, we did nothing wrong so that’s unfair. There’s always two perspectives, I guess. The FIA were the arbiters on this. We now have to discuss with the FIA what is going to happen going forward.”

Nevertheless, Racing Point will be allowed to run the same brake ducts going forward as it is accepted that a re-design would be illogical given the knowledge the team now possess.

“We can’t change brake ducts, we can’t unlearn what we have learned,” Szafnauer explained. “My belief is from reading the document that this is the end of it and then we just have to decide what to do.

“We read the sporting regulations and there is nothing in there which specifically says we couldn’t do what we did. Other teams have done exactly the same, probably even more than what we have done in a way, so it’s a bit bewildering.”

“It would be very unreasonable to expect Racing Point to forget their knowledge and to design again from a clean sheet of paper from scratch,” added FIA Head of Single Seater Technical Matters Nicholas Tombazis. “Designs never work that way, they always start with existing knowledge, so somehow to expect them to do something completely different would be very unreasonable.

“It would also be very difficult for us to ascertain whether something is sufficiently different or not, so that would be quite an unreasonable expectation.” 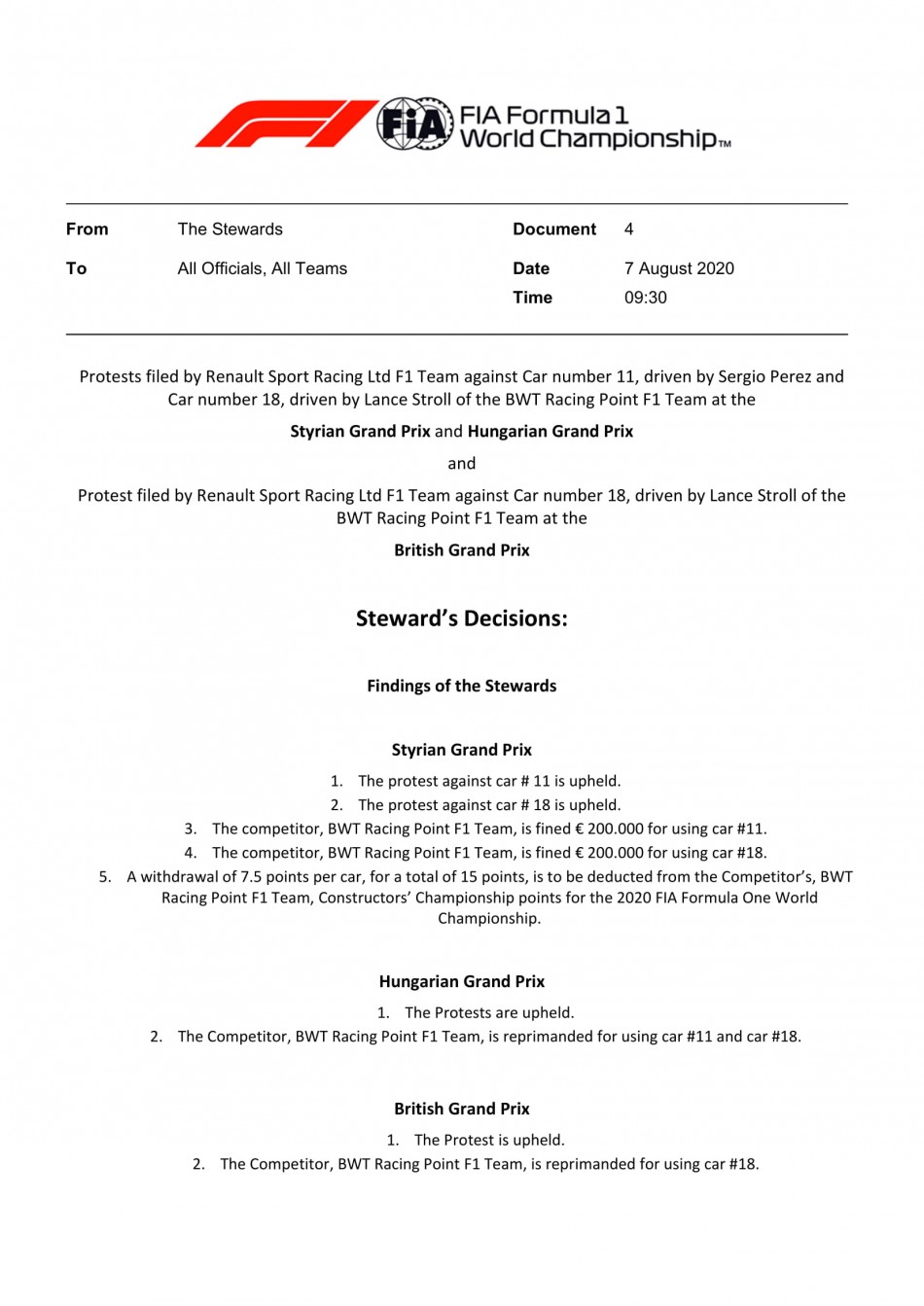 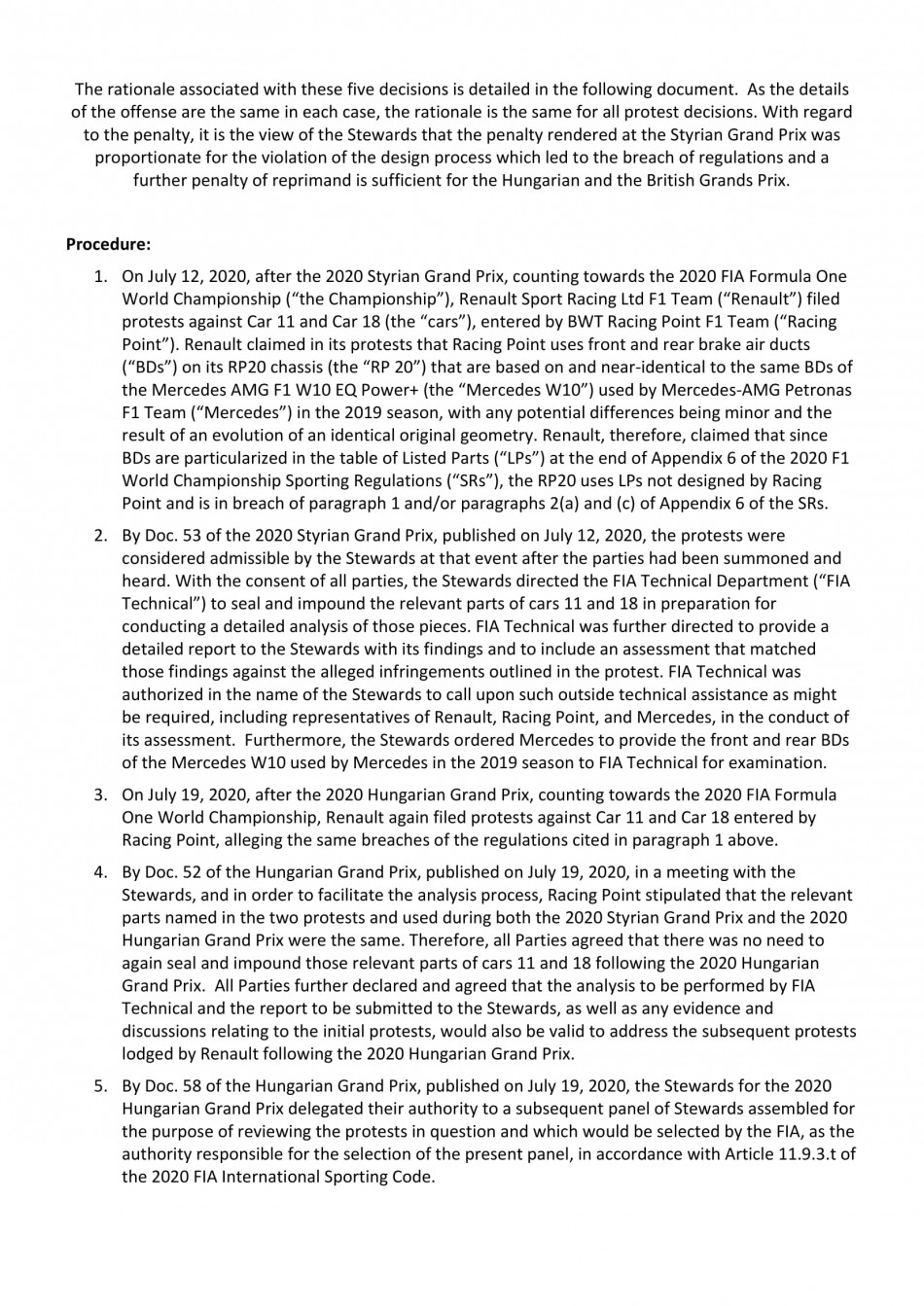 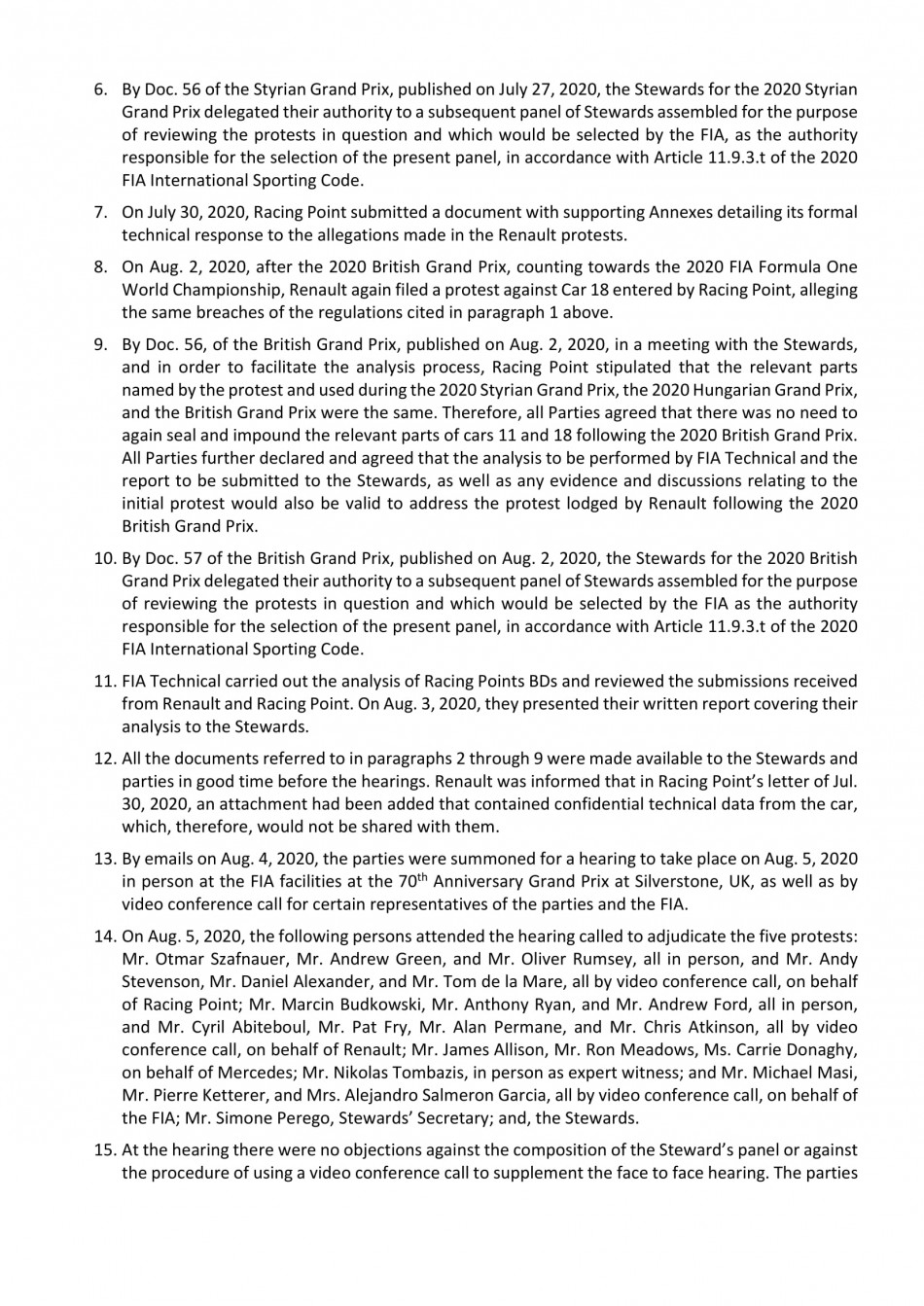 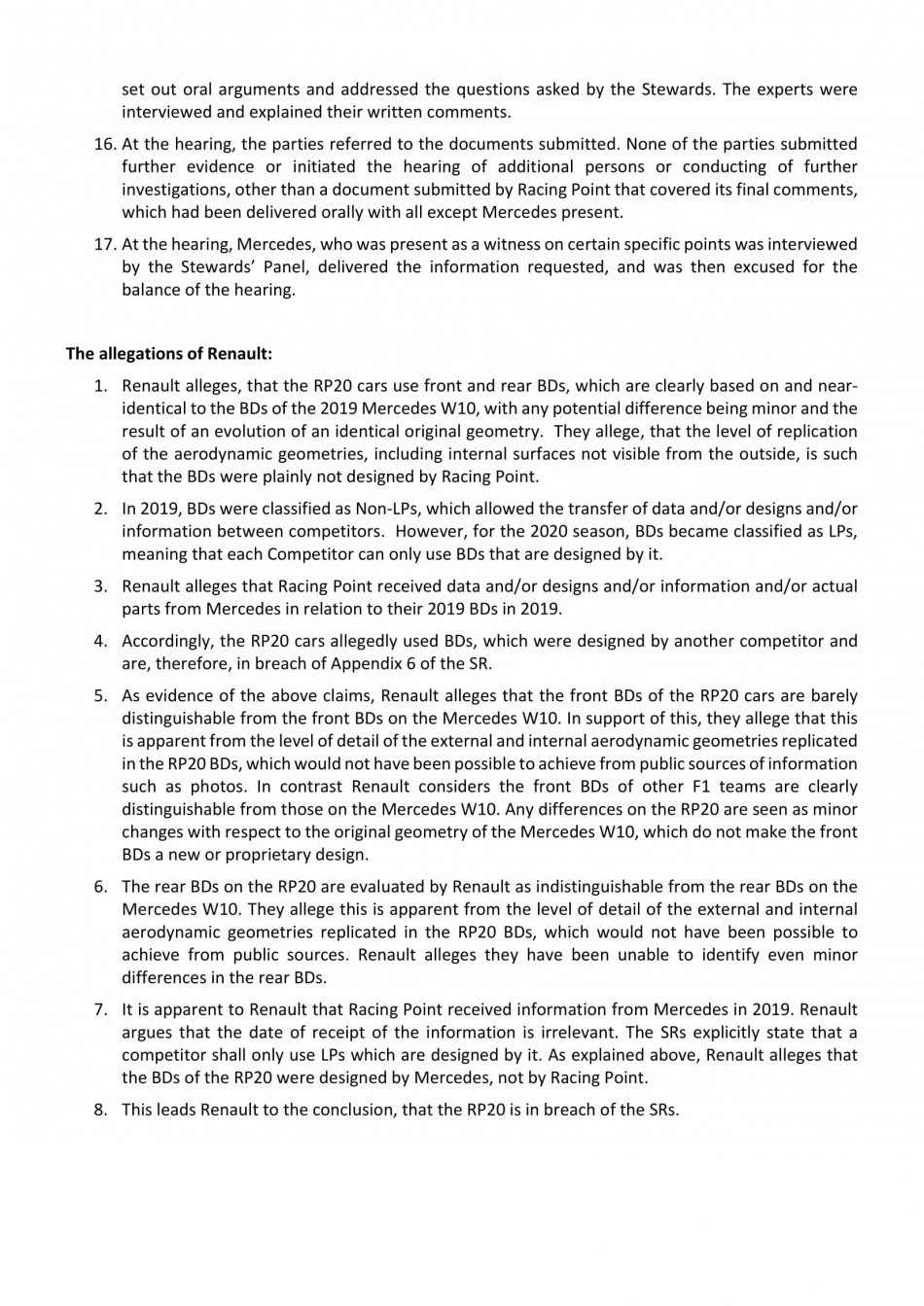 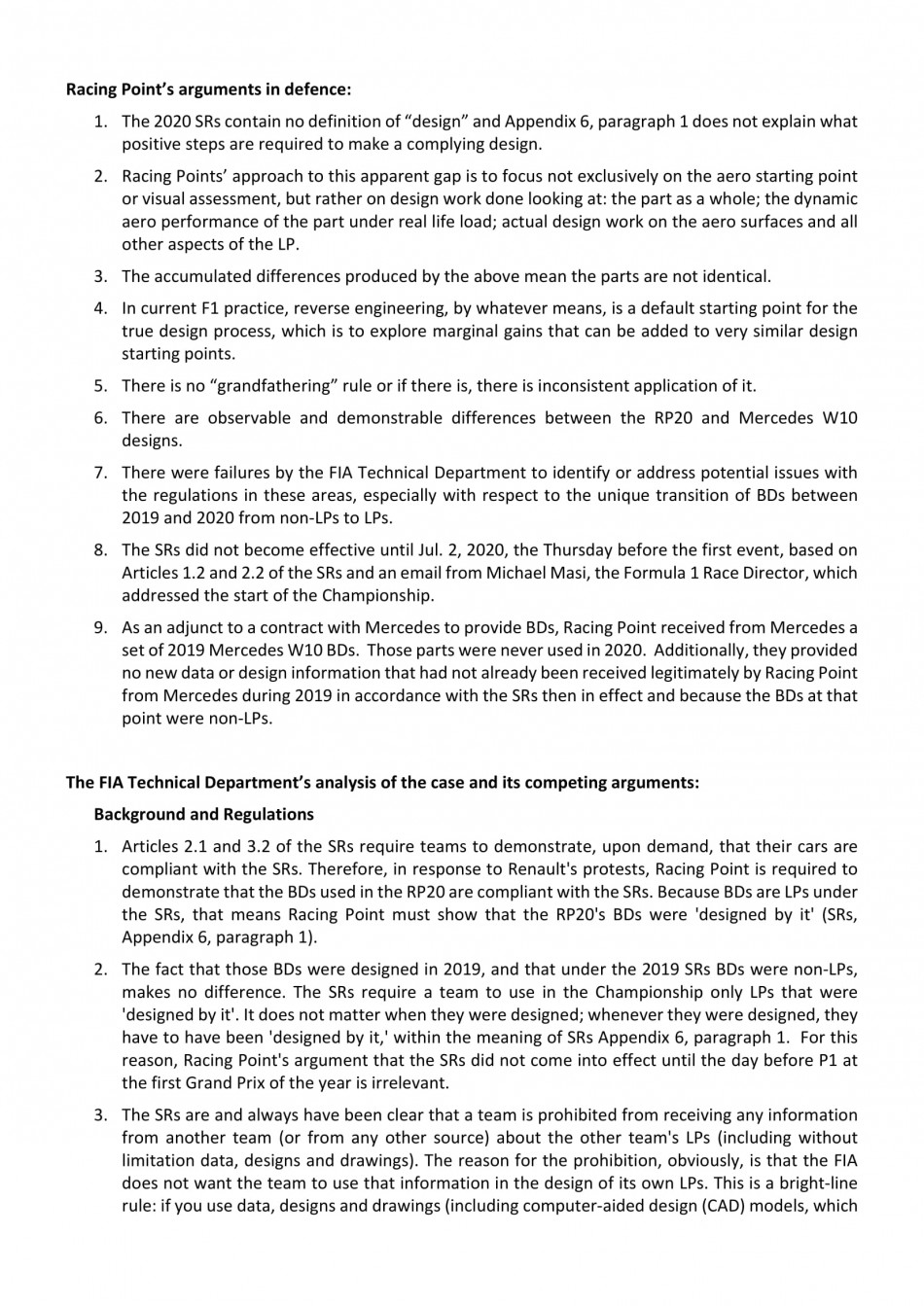 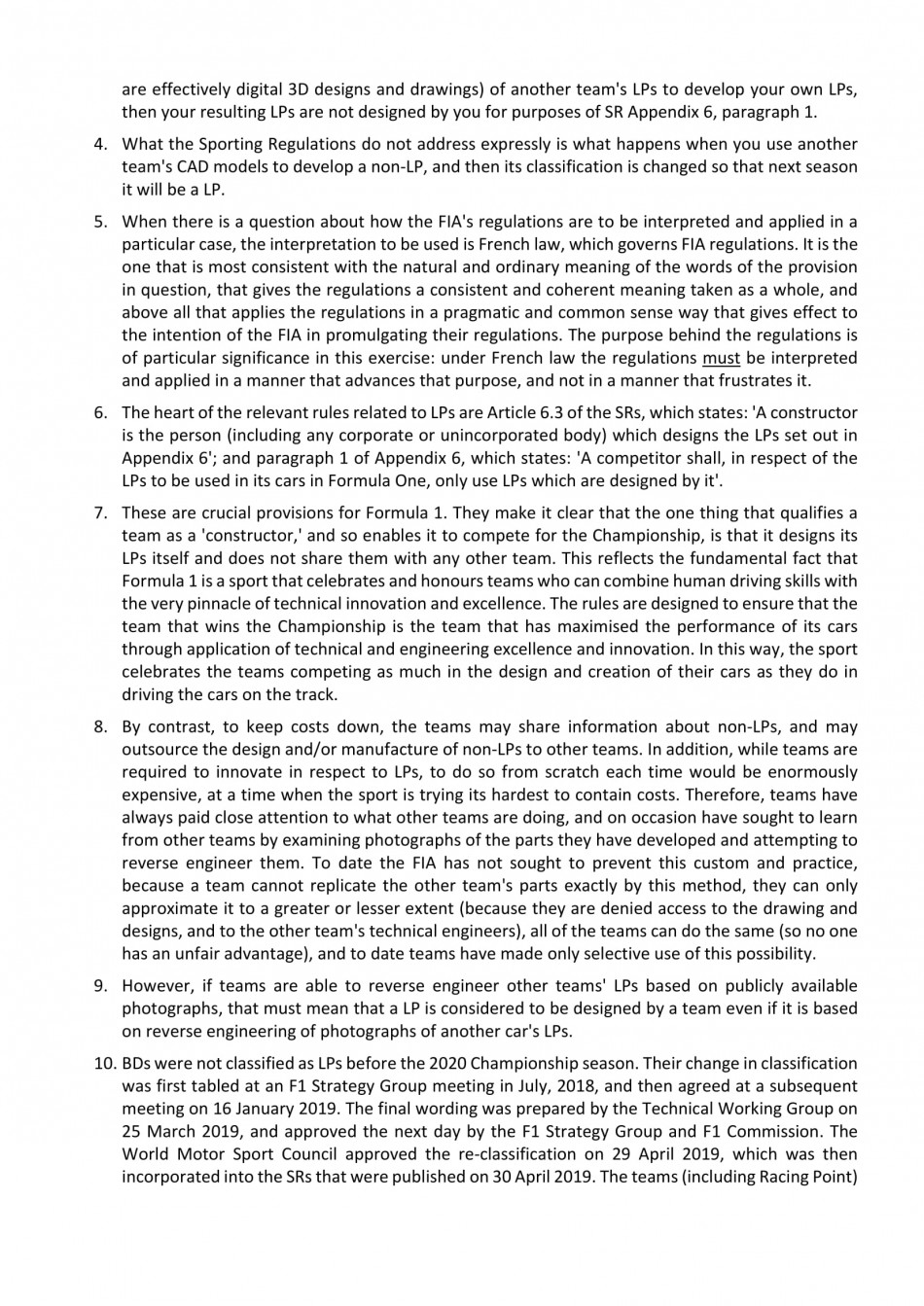 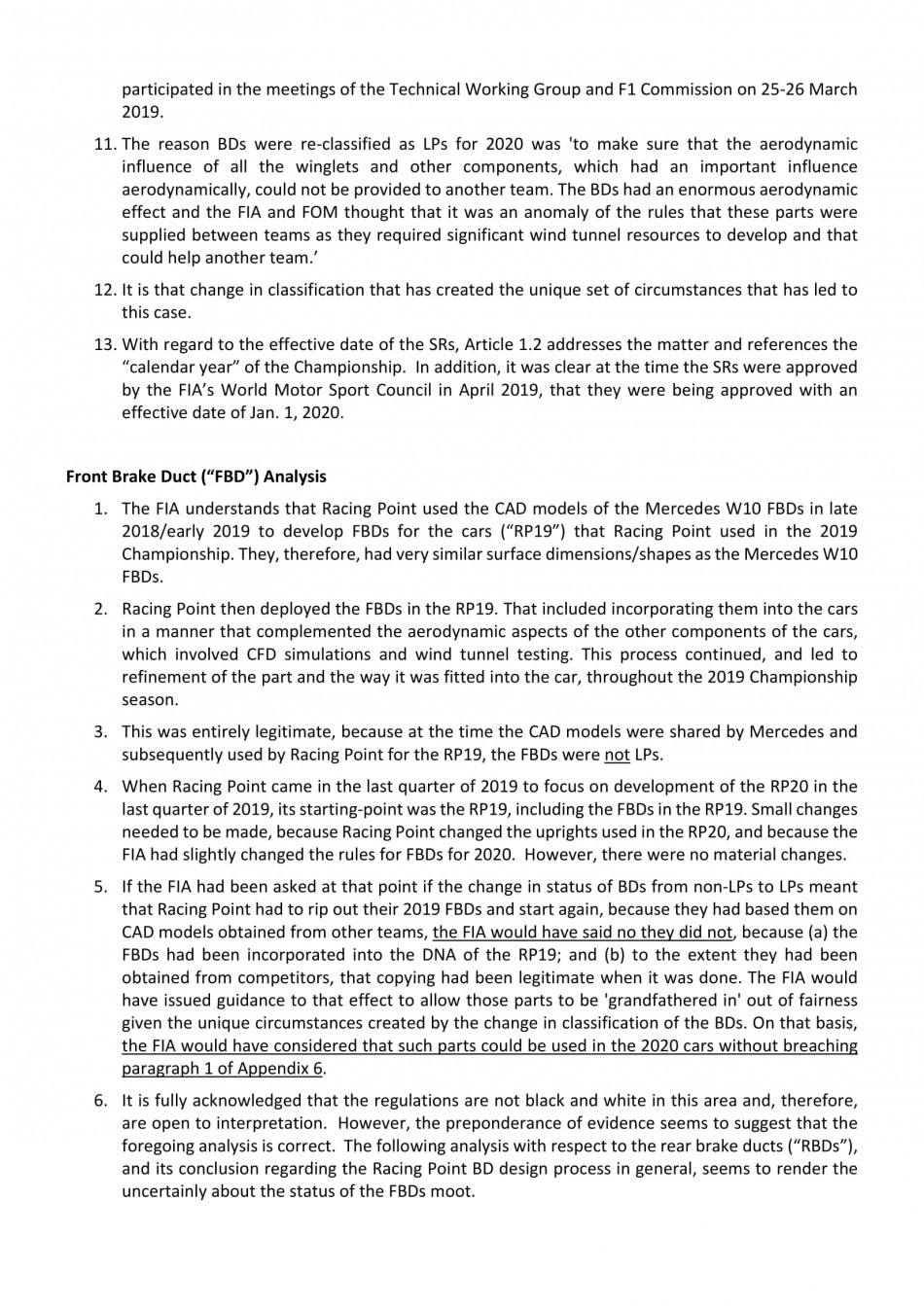 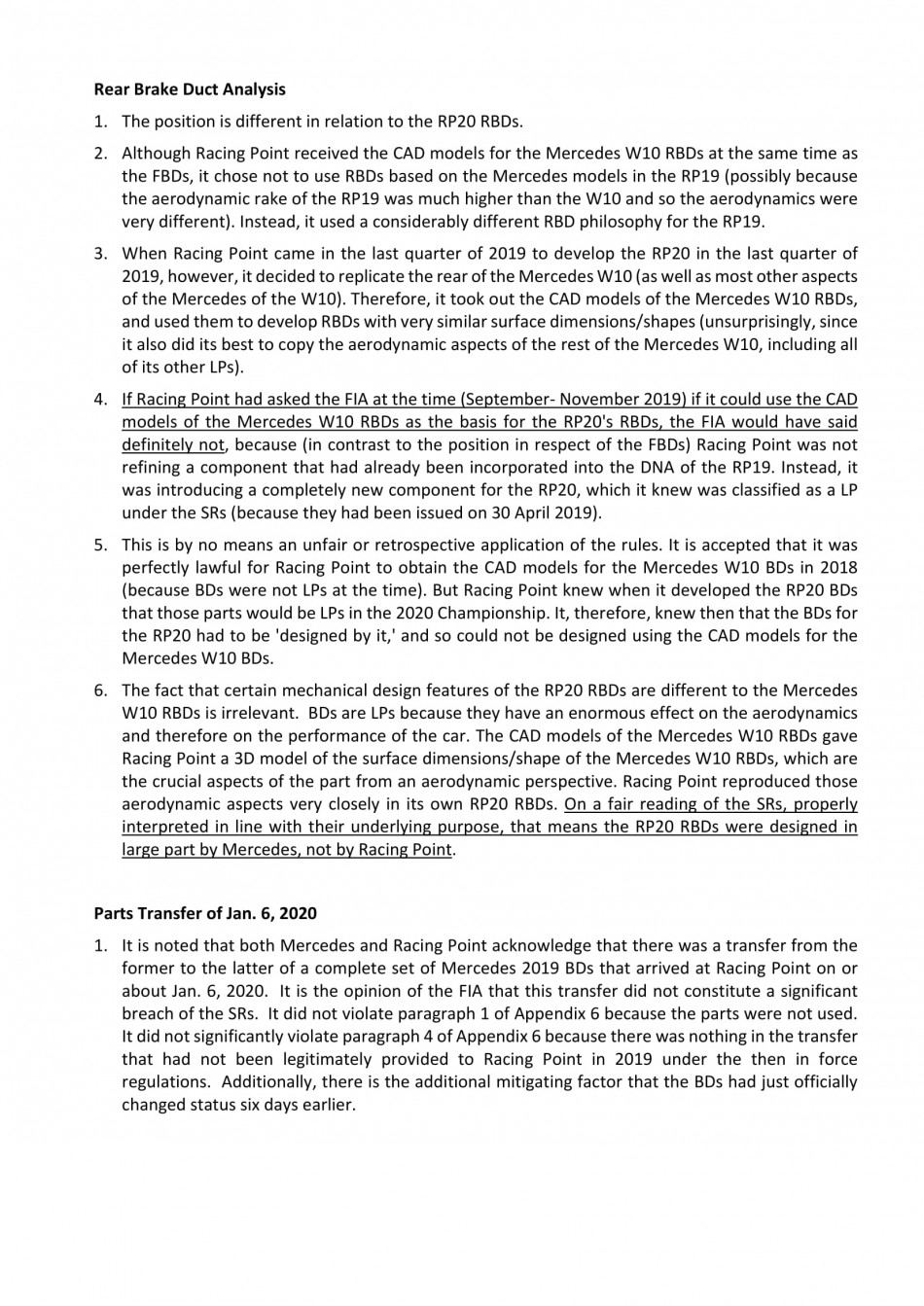 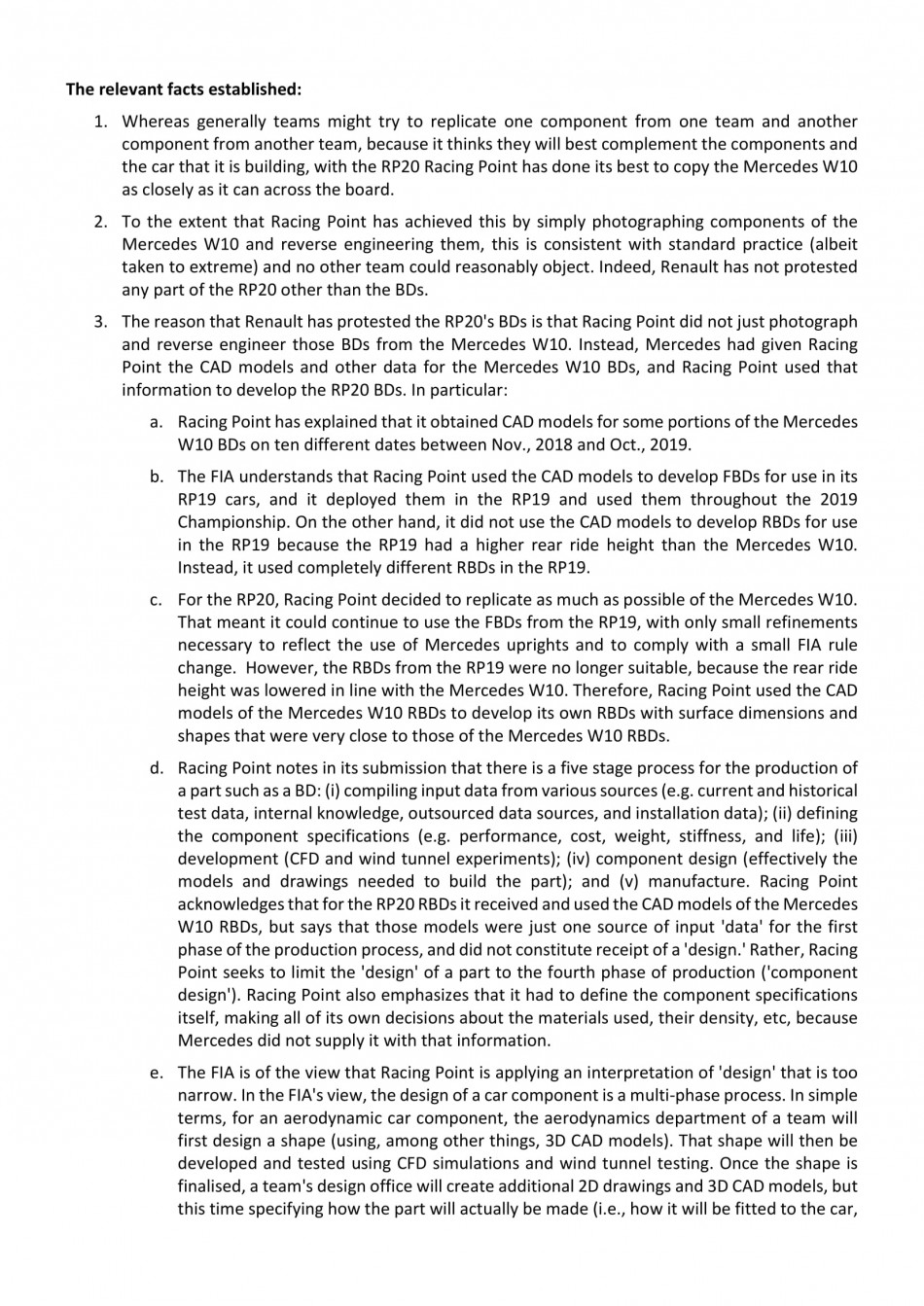 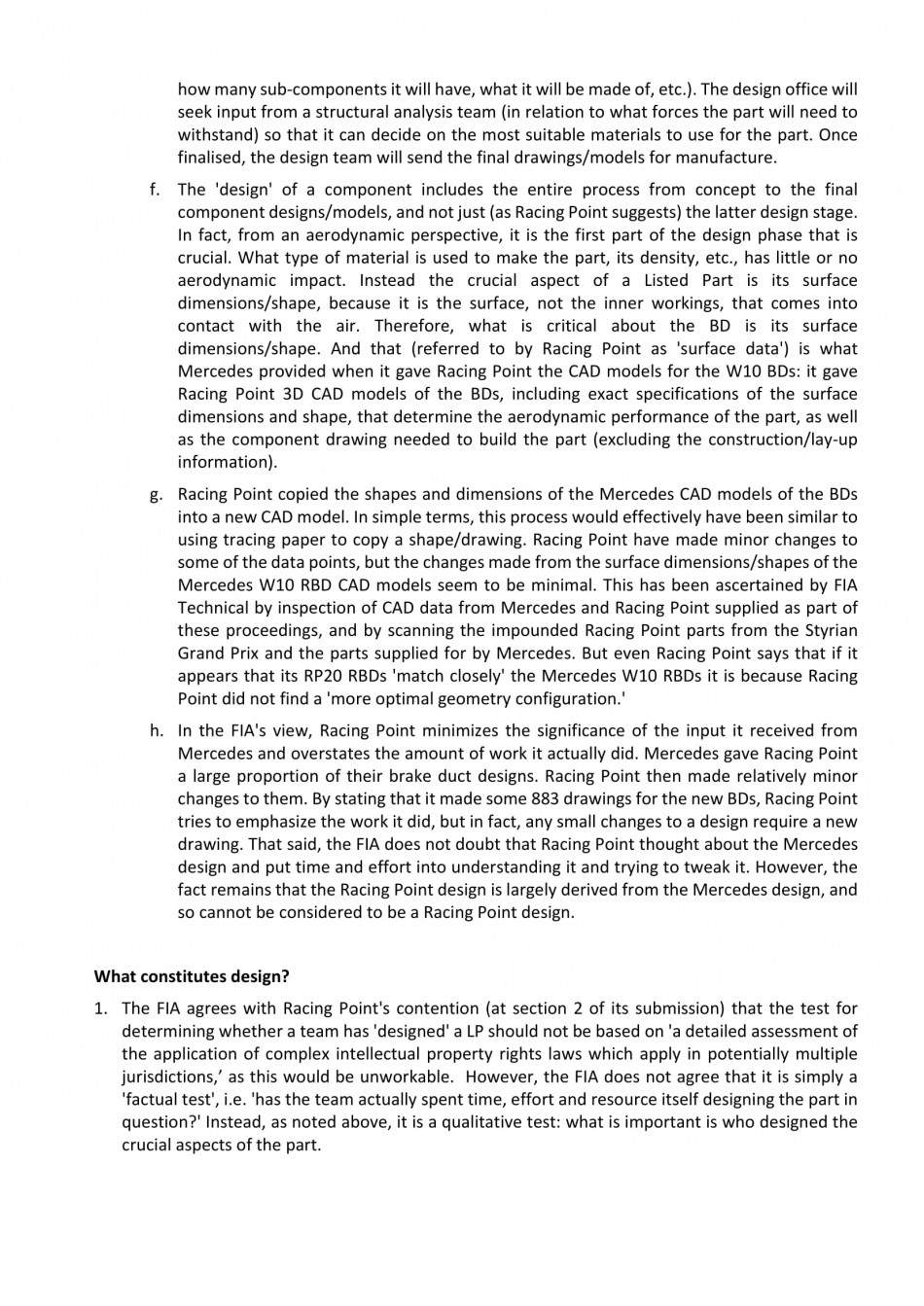 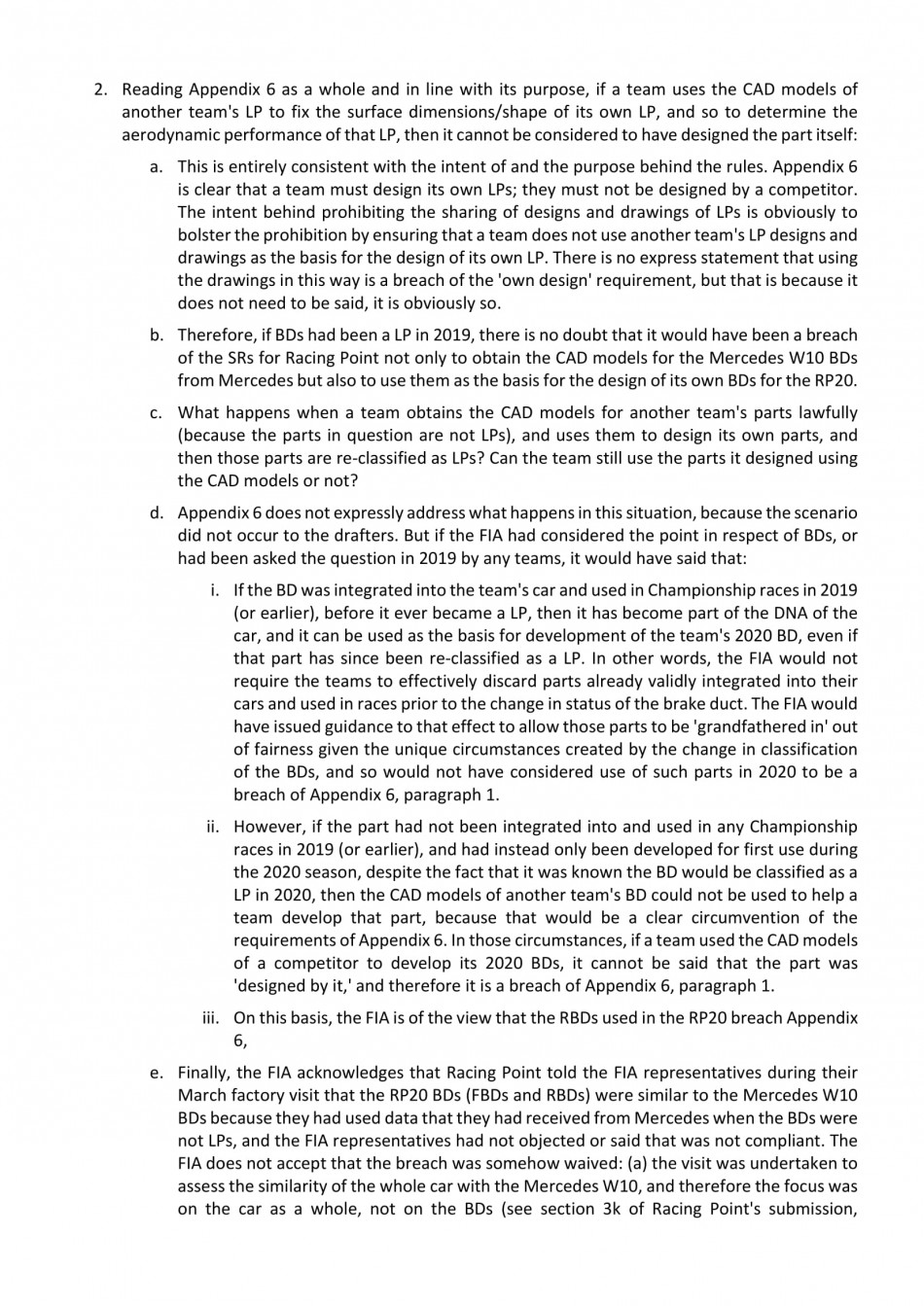 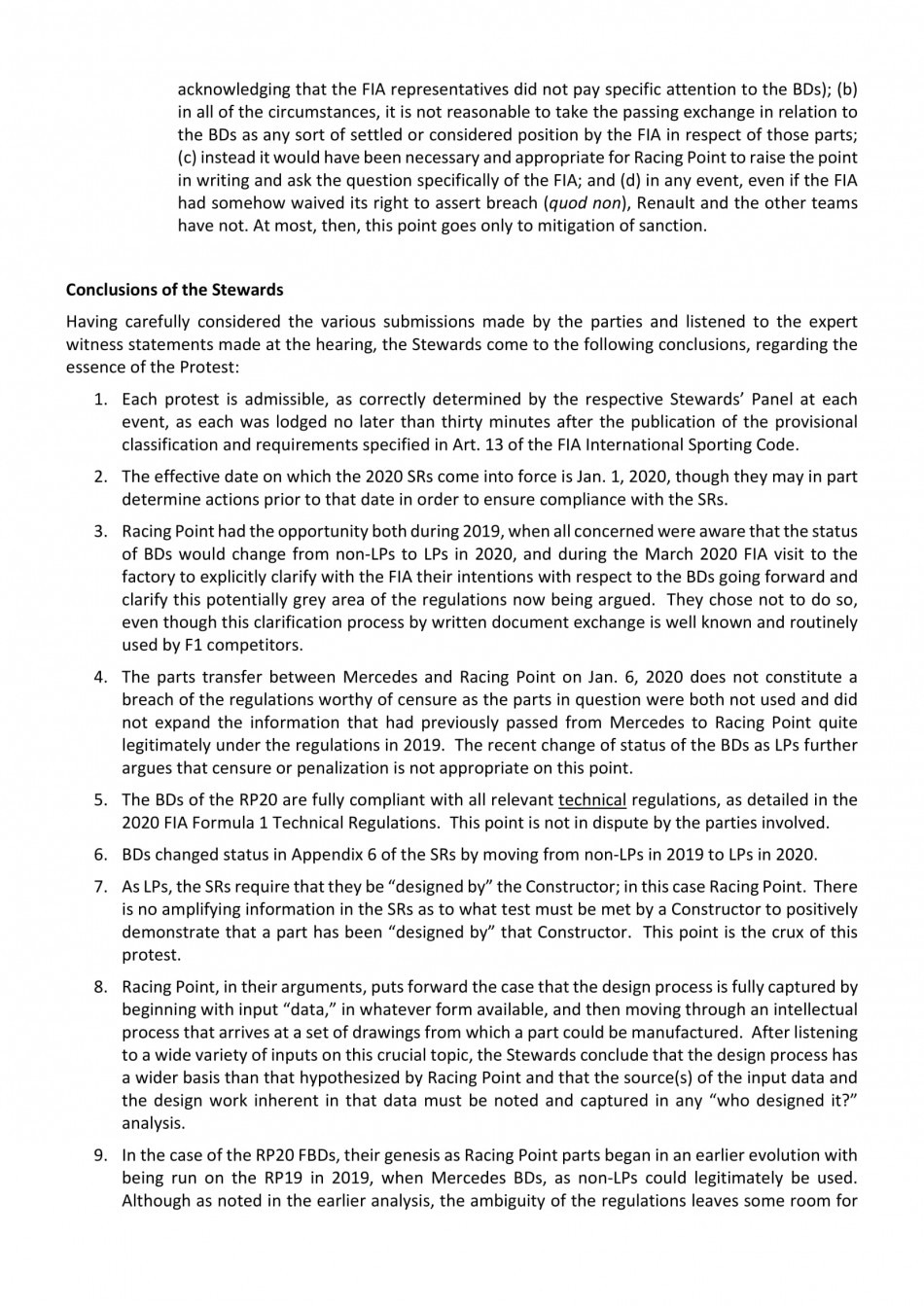 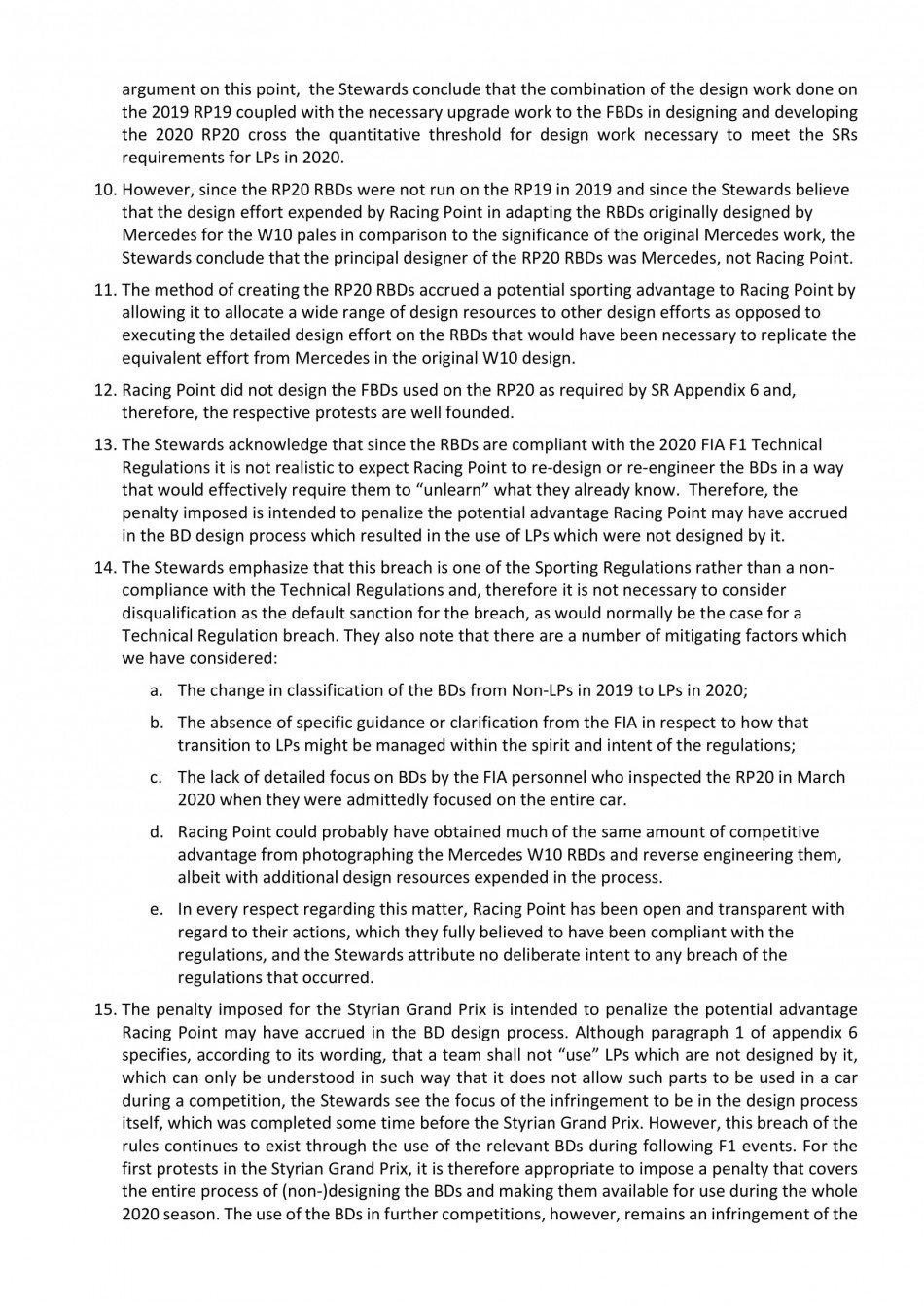 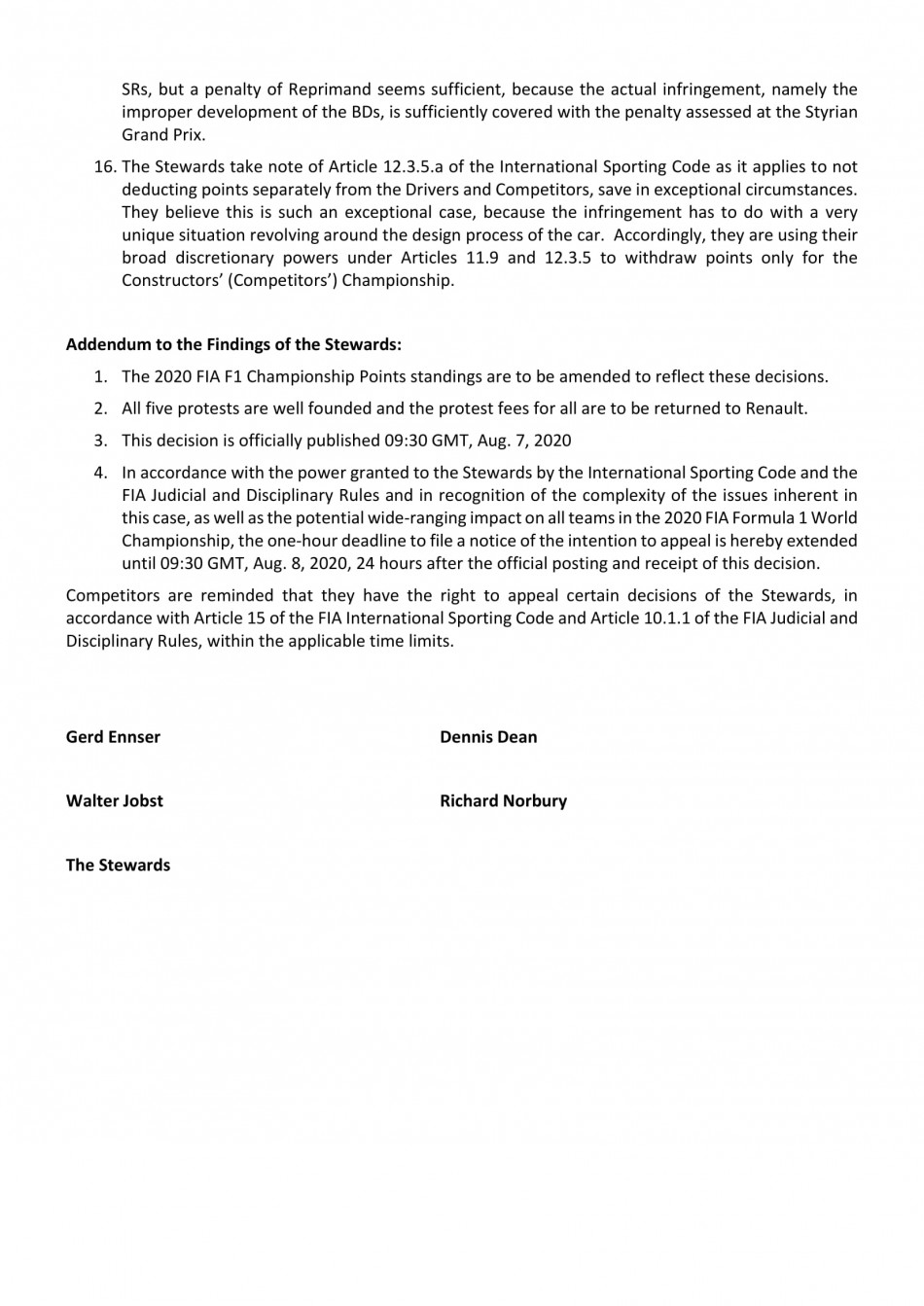