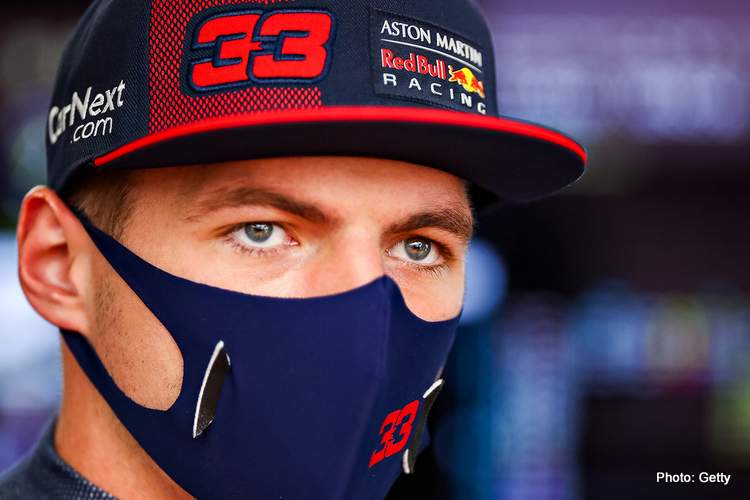 Last Sunday, late in the afternoon, the rubber-gods intervened to spice up the preceding snoozefest of Merc domination; although they won, the ‘certain’ one-two evaporated and Verstappen nearly stole it, before settling for second.

Indeed Max has looked the only one likely to challenge the might of Mercedes this season with the tools he has, but the RB16 and Honda appendages are not enough weaponry for the game Dutchman.

Although best of the rest, he was no match for the World Champs and was thus consigned to a boring afternoon at the office.

Writing in the team’s 70th Anniversary Grand Prix weekend preview, Max is hoping for a more level playing field on Sunday, at the same venue, and save himself the yawns, “Let’s see. I hope I’m counting less sheep this weekend though!”

Softer tyres in use this weekend may play into the hands of the Red Bull boys, “We’ve finished second in the last two races so that has been good. Of course we’re still lacking quite a bit of pace to them, especially in qualifying but also in the race on tracks like Silverstone, so we haven’t really been able to fight them for victory but we are keeping the pressure on them.

“It’s still good to be on the podium and you never know for the upcoming weekend what can happen, the end of the last race was pretty crazy! The tyre compounds this weekend are going to be softer, the weather is going to be warmer and the strategy could be different so I’m looking forward to it.

“We’ve had a week at Silverstone now so everyone knows what they’re doing around the track, so let’s see if we can learn even more about the car and try to improve it further.”

Heading to Round 5 this weekend, Max is third in the drivers’ standings trailing Lewis Hamilton by 36 points but only six points shy of the Mercedes number two man.