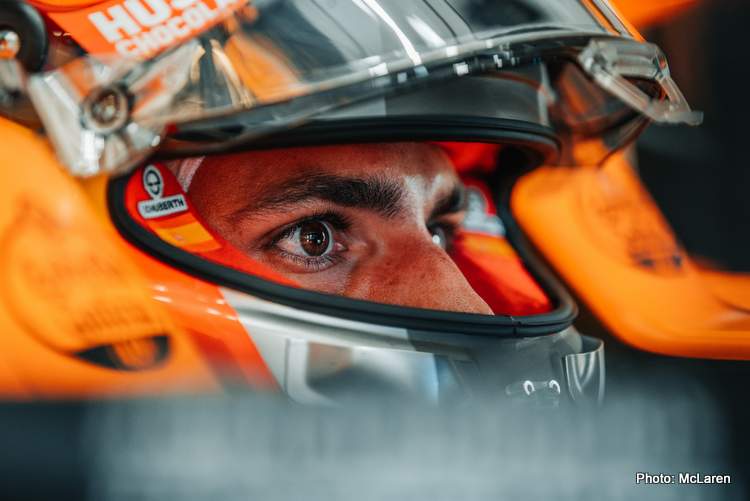 After a British Grand Prix packed with dubious defensive moves Romain Grosjean maintained he was not playing dirty despite being cited for ‘unsportsmanlike conduct’ and receiving a warning from stewards for his shenanigans.

Throughout the afternoon in which the #8 Haas found itself out of sync in terms of pitstops, Grosjean’s tactics were highly questionable as he feinted threateningly at drivers repeatedly, and n before being reprimanded by officials.

McLaren’s Carlos Sainz a victim of Grosjean’s ‘dark arts’ on Sunday told reporters at Silverstone, “Personally I think it was unacceptable from a driver’s point of view. When you are behind someone, it doesn’t matter if you leave a gap on the right-hand-side as he claimed he was leaving.

“I think you cannot react to a movement of the driver behind you. I think you need to commit to your defence, to your line and not react to the driver who is coming behind and he was clearly waiting for me to make a move to cut me off the track, and I think that is unacceptable, and if I have a chance I will tell him.

“I think he will agree if he would have been in my position although he probably will not admit it in the media but we all know… he probably knows what he did was not correct.”

Grosjean’s notorious tactics stem from his early days in racing, through to the GP2 Series and into Formula 1 where his errant driving has been punished by a race ban (after the carnage of Spa in 2012) and ever since his career is littered with unsavoury incidents as well as plenty bent metal.

Despite being elected GPDA chairman, many believe he does not deserve to be in F1 let alone representing his colleagues, while some secretly fear that the Haas driver is a big shunt waiting to happen every time he dons his race suit.

Yet, despite the FIA steward’s warning after Sunday’s race, defiant Grosjean insists he is not the culprit, “The one on Carlos, it didn’t look that bad. He had half of the track to go. I mean, I would most likely complain because that’s what we do on the radio to get the position for free – and it’s a bit of a shame.

“Maybe we shouldn’t be allowed to complain that much to race control to get the position, but I don’t know. I think we’re here to race.

“It’s always going to be two sides of the story: I’m always going to tell you ‘it was OK, it was on the edge’, and the other one would say ‘It’s not OK…’. That’s why we’re racers, we’re competitors: we just want to push the limit.

“As I say, I did the best I could. If I’m here it’s not to make friends. I’ve got huge respect for all the drivers but on track I respect myself and I respect my race and I push it,” added the veteran of 179 grand prix starts, of which around 10% have ended in crashes and that’s not counting the practice and qualifying damages incurred over that time.