Leclerc: Lewis is one of the greatest drivers in F1 history 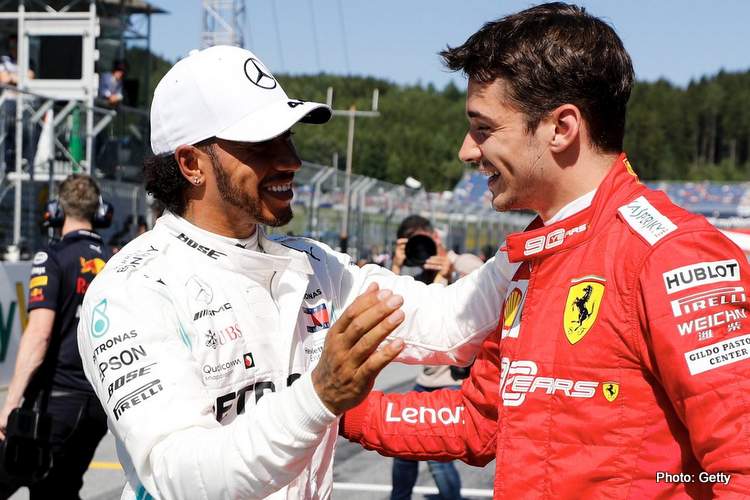 Speaking to Gazzetta, the Ferrari driver said of his Mercedes counterpart, “I think we cannot deny Lewis anything. Lewis, in my opinion, is one of the greatest drivers in Formula 1 history and he is doing a good job.

“He is always very constant, always one hundred percent, mentally very strong. So there is nothing to say: Mercedes, him. The combination of the two makes it really difficult to compete with them right now. ”

Right now it is no contest as Ferrari have a dog of a package in the woeful SF1000, while Mercedes have hit the sweet spot yet again with the W11, which is turning out to be one of their greatest creations.

Formula 1 has always been about who has had the best car, seldom if ever has anyone won a championship with a below-par-car. In this era, Lewis has not lacked the kit and has duly delivered the title at the end of all but one season with the team.

Leclerc estimated that in modern F1 the car is 65 percent of the package, while a driver’s brings the remaining 35 percent with talent

“If not more,” explained the Ferrari driver. “Now the team, the car, is very important, but the driver must definitely make the difference. Everything is connected.”

When Hamilton’s historic run with Mercedes ends is anybody’s guess. With Valtteri Bottas signed up for next year with the German team, Lewis is expected to ink his deal soon and at 35-years of age and at his peak he should fancy another four or five years (if not more) with the team that only gets stronger as their rivals waver.

“It’s difficult to say a time,” replied Leclerc when asked when the end of the Mercedes-Hamilton reign will come. “It will take time. How much? I don’t know.”

AFP reports that after completing a hat-trick of successive wins in this coronavirus-hit season and extending his record of consecutive points finishes to 37, Hamilton will start as favourite again as he bids to draw level with Michael Schumacher’s record of 155 podium finishes.

If he wins, he will be within three victories of Schumacher’s record of 91 as he bids to progress to a seventh title and draw level with another Schumi milestone.