Is the excess of leadership Mattia Binotto’s weak point? 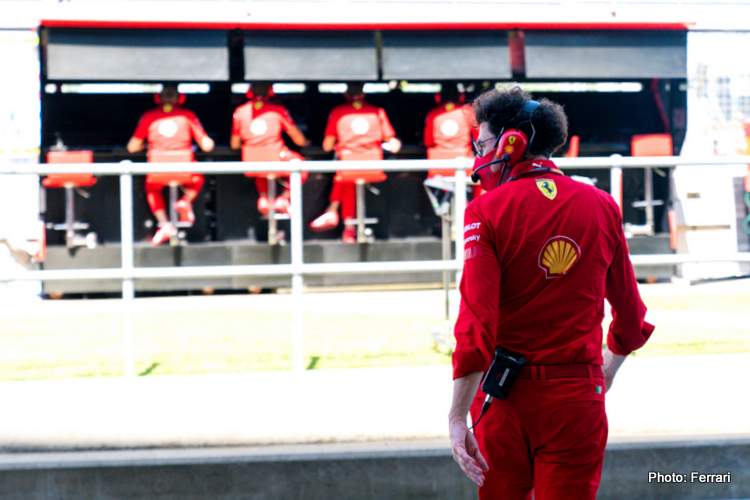 Italian scribe Renato Ronco has lifted the lid on some of the latest developments at Maranello – in growing crisis – warning the tifosi that Ferrari appear relegated to the Formula 1 midfield for the next few years.

These are some of the bleakest times for the Reds, with two young guns of the future in Charles Leclerc and Carlos Sainz spearheading their effort from 2021 and beyond but no real weaponry at their disposal under the Mattia Binotto era.

Many have questioned the capability, let alone ability, of one man to lead the motorsport’s most famous team, perhaps the hottest seat in sport management. With Ferrari big bosses John Elkan and Louis Camilleri invisible, Binotto does not have the protection of a Luca di Montezemolo and by all accounts does not seek it.

Speaking on Pit-Talk, Ronco did not mince his words when asked about the plight of Italy’s beloved team, “I am sincerely disappointed. I counted a lot on Mattia Binotto’s abilities at the top of the pyramid, or if you prefer to command the horizontal structure of the Ferrari racing department.

“And when Antonio Granato asked me, during an edition of Pit-Talk, if replacing of Binotto was necessary given the lack of results, I replied that it is not enough to replace a name, a character, to straighten the shack, but we must change a system and create harmony between the managers of the various sectors.

Now, analyzing the situation of the current Ferrari leadership, I have begun to find that Binotto is so centralized that in addition to holding the posts at the technical and political top of the team, he has also replaced the press officer.

“It is not to defend the category of journalists that I make this consideration, but it is also true that communication is an extremely important aspect. Not only for the rhythms of modern times in every situation, but it is fundamental and significant in Formula 1: especially in a phase of heavy difficulty such as the current one for Ferrari. And communication must be able to do it.

“On the other hand, the good Binotto has, in fact, got rid of that post (there are two press officers, but in reality, they limit themselves to spreading routine press releases after and during the Grand Prix) and he directly faces the meetings with the press and stands out on TV.

“Commendable, if we like, but demanding: not only because it takes precious time away from other activities, but by putting our face on it, it cannot even appeal to the ‘maybe it was misinterpreted’ which in difficult moments can be a rescue-ring.

“But if we are honest, all this concentration of assignments suggests an excess of leadership. What if this is Mattia Binotto’s weak point?” questioned Ronco.