Berger: Ferrari will take a year or two to close the gap 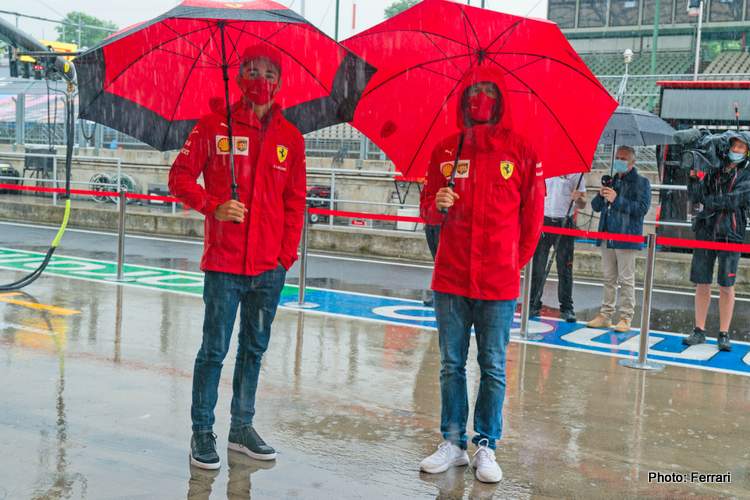 The damage to their campaign this season is exacerbated for Ferrari by the fact that in the year their engineers delivered a dog of a car, the much-heralded but highly disappointing SF1000, their arch-rivals Mercedes look to have produced the best car of this era.

As formidable and near-perfect as the W11 is, the SF1000 is at the opposite end of the spectrum – the latest Ferrari is a handful and proving to be a struggle even for uber-talented Charles Leclerc and, more so, four-time F1 World Champion Sebastian Vettel to tame the thing.

No winning for the next two years for the Scuderia and their long-suffering Tifosi is the word from the top, which in turn has the media office churning out post-race excuses in their race previews!

In other words, the tune is being sung up and down the corridors of Maranello with Enrico Cardile Head of Performance Development brazenly admitting, “We know that at the moment, we are not able to fight for the win in a Grand Prix…”

The honesty is applaudable, but the capitulation is the toughest pill to swallow, not only for fans but for the sport in general as the Mercedes juggernaut heads relentlessly to yet more titles, unbothered and, worst of all, their biggest challengers rolling over for the next two years.

Last year’s story of Ferrari power going AWOL, after an ‘FIA bust’ that led to a secret deal between the rule-makers and the rule-busters, has resulted in some very slow Prancing Horse badged power-units this year which, in turn, have turned their two customer teams – Alfa Romeo and Haas – into backmarkers, and the legendary team to midfield runners.

Their former driver Gerhard Berger, who knows a thing or two about the Maranello-method, agrees that the climb from midfield will not be a rapid process “Ferrari must work hard to recover lost development.

“There is a loss of about a second per lap compared to the performance of Mercedes, which can be quantified into 50-60 HP. But if Mercedes have found some horsepower since 2019, then it could even be 70-80 HP

“With this data, the reality check is that the work ahead is incredibly difficult: it will take a year or two to close the gap,” added Berger.

At the end of this season Ferrari say farewell to Vettel as they pin their hopes on youth and the future with Carlos Sainz slotting into the garage next to Leclerc.

On current form, the Spaniard may well be the victim of the notorious roulette wheel of drivers that Ferrari have been known for since Enzo started his team last century, some make it great but most fizzle out in the mists of the team’s periodical ineptitude.