Walker: I rate Hamilton over Senna and Schumacher 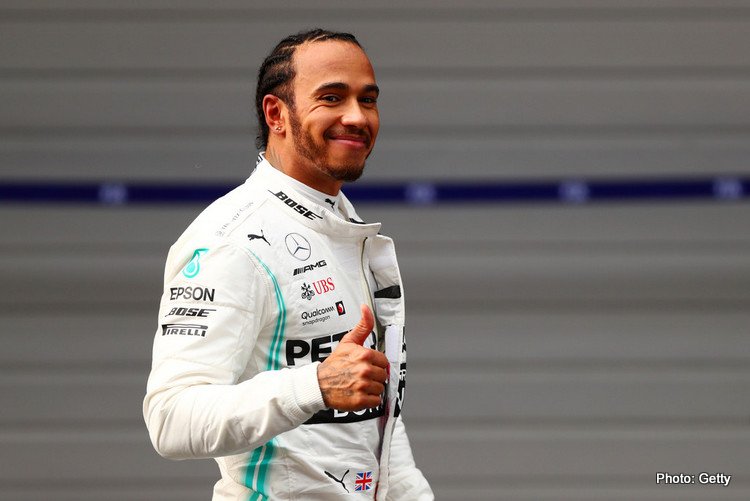 Lewis Hamilton’s clean conduct in wheel-to-wheel battles with other Formula 1 drivers places him above the likes of Ayrton Senna and Michael Schumacher in the GOAT debate, says former commentator Murray Walker.

Walker, who called F1 races across four decades, including the entire career of Senna and much of Schumacher’s, was asked by the In the Fast Lane podcast where Hamilton fits in the pantheon of great drivers given his continued assault on the record books.

“[Juan Manuel] Fangio took a lot of beating, [as did] Jim Clark, Sir Jackie Stewart – I could go on – but which is the best I really don’t know,” he started.

“I used to say Fangio. I think I’m going to have to say very shortly Lewis Hamilton.

“If you look at it in terms of statistics, he’s already got more poles than Michael Schumacher. He’s got at least three years in him if he doesn’t hurt himself or leave Mercedes for some reason or they decide to stop.

“In which case, he’s got at least another three championships ahead of him, so statistically he will become the greatest.

“But he’s also in my opinion – and this is very contentious indeed – better than either Schumacher or Senna because both of them, Schumacher and Senna, adopted at various times in their career, highly debatable driving tactics.

“Like Schumacher stopping deliberately at Monaco to prevent [Fernando Alonso] getting pole position, like Schumacher colliding with Villeneuve at Jerez in 1997, like Senna with [Alain] Prost in 1990 in Japan.

“Lewis Hamilton has never been anything like that. He’s always driven as clean as a whistle.

“He’s an extremely nice, gigantically talented driver, and I don’t think we’ve ever seen anybody like him before.”

With six championships, 87 wins and 91 poles to his name, Hamilton certainly has a claim to the top spot in the ‘greatest of all time’ debate.

And yet while Senna and Schumacher certainly had some less-than-chivalrous moments on track, it’s fair to say Hamilton hasn’t always kept his conduct within the lines – his two penalties in his recent battles with Red Bull’s Alexander Albon being prime examples.