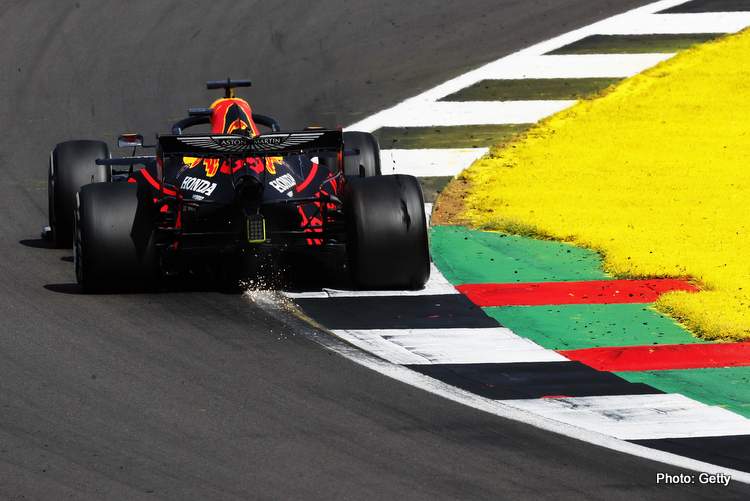 Silverstone circuit will add kerbing at turn 13 in an effort to prevent the tyre blowouts suffered in the British Grand Prix on Sunday.

The kerbing, which was removed after the 2019 British GP, will be restored after three drivers – Valtteri Bottas, Carlos Sainz and Lewis Hamilton – all endured tyre failures late in the race, with that particular corner, considered a contributing factor.

According to Renault driver Esteban Ocon, the lack of kerbing meant drivers saw a significant increase in cuts to their tyres as their cars skirted the edge of the track at the corner’s exit, which is part of a, particularly high-speed complex.

“We have seen a lot of cuts and stuff that we normally don’t see in practice,” he explained after the race. “It is true that Silverstone is probably the toughest circuit for tyres with a high speed and the kerbs. There is a new thing out of Turn 13; Maggots, Becketts, Chapel, this combination of corners.

“At the right-hander, Turn 13 exit, now there is no kerb anymore. Which there was before. So you run in the dirt and then you go on to the kerb, and that could also damage your tyres.”

As reported by RaceFans, Silverstone bosses have decided to extend the kerbing ahead of this weekend’s 70th Anniversary Grand Prix, the second-straight race at the circuit.

That said, tyre cuts were also found after practice and qualifying, with Pirelli boss Mario Isola suggesting the additional kerbing does not completely negate the concerns.

“Probably some of the cuts that we found on Friday were caused by that and by the fact that some debris was trapped in the kerb obviously some cuts on the tyre,” he explained. “They are working around that, it’s a good action, it’s a good idea to have this small modification that is helping the situation.”

“Cuts have been a topic of the week, I have to say, because of the fact that in some corners the cars are running wider, going somewhere [into] run-off areas and we had some parts of the circuit where the gravel was coming [on].

“When the tyre is hot it is very soft so that’s why we had some cuts on tyres.”