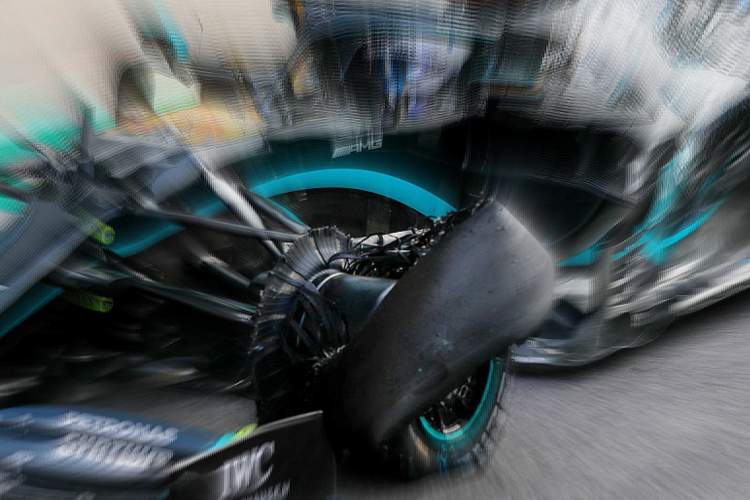 According to Pirelli, punctures suffered by Lewis Hamilton, Valtteri Bottas and Carlos during the final laps of Sunday’s British Grand Prix were as a result of high tyre wear and not debris.

Lewis Hamilton took victory for Mercedes despite having to drive the final lap on ripped canvas while teammate Valtteri Bottas and McLaren’s Carlos Sainz also had their front left tyres burst and drop them both out of what might have been second and fifth respectively.

Although there was debris, the odds on all three punctures being caused by carbon-fibre or whatever was deemed highly unlikely. The tyres delaminated which pointed to tyre wear, and naked eye evidence appeared to confirm this.

Pirelli reported today that a combination of elements prompted the punctures: early pit stops, long stints on a testing circuit and faster cars than in previous years: “Pirelli has concluded its initial analysis on a number of tyres that were run at the British Grand Prix last weekend.

“This allowed to identify the cause of the failures followed by deflations that affected both Mercedes and the McLaren of Carlos Sainz. The key reason is down to a set of individual race circumstances that led to an extremely long use of the second set of tyres.

“The second safety car period prompted nearly all the teams to anticipate their planned pit stop and so carry out a particularly long final stint: around 40 laps, which is more than three-quarters the total race length on one of the most demanding tracks of the calendar.

“Combined with the notably increased pace of the 2020 Formula 1 cars (pole position was 1.2 seconds faster compared to 2019) this made the final laps of the British Grand Prix especially tough, as a consequence of the biggest forces ever seen on tyres generated by the fastest Formula 1 cars in history.”

The circus remains at Silverstone for this weekend’s running of the 70th Anniversary Grand Prix, for which Pirelli also confirmed they will be offering their C2, C3 and C4 compound tyres, one step softer than those used last Sunday.