Brawn: A mind-blowing performance from Lewis 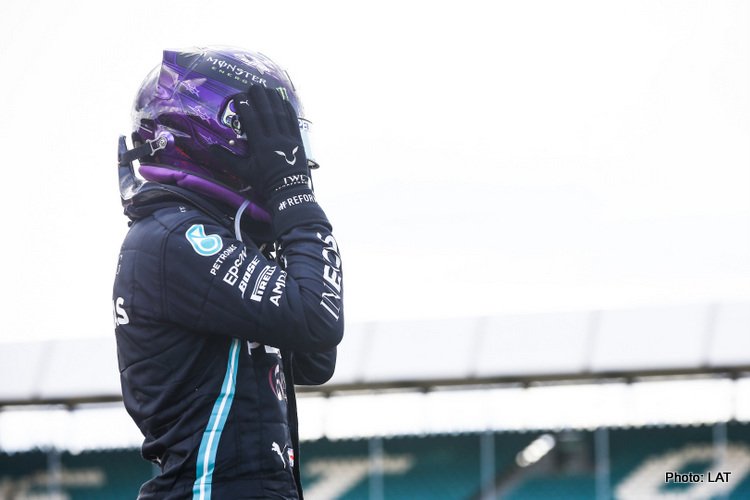 Data provided by Mercedes showed Hamilton completed the final lap only 22 seconds slower than he had raced the previous one.

He went through the high-speed Copse and Stowe corners with the puncture at 141kph and 133kph respectively and reached 230kph on the Hangar Straight with the front tyre already destroyed.

“Lewis’s race looked a cakewalk until the last lap of the race. It wasn’t of course, because he was driving superbly for the whole of the race,” said Brawn, Formula 1’s managing director for motorsport.

“He reached 230kph on the straight with only three wheels, and a front left tyre flailing around — absolutely mind blowing.

“He judged it to perfection to win the race by a few seconds and a brilliant example of the amazing talents and bravery of Lewis.”

Pirelli are conducting an investigation into what happened, and whether sharp debris or wear was to blame, with Hamilton’s team mate Valtteri Bottas and McLaren’s Carlos Sainz also suffering late failures.