Vettel: Something doesn’t stack up 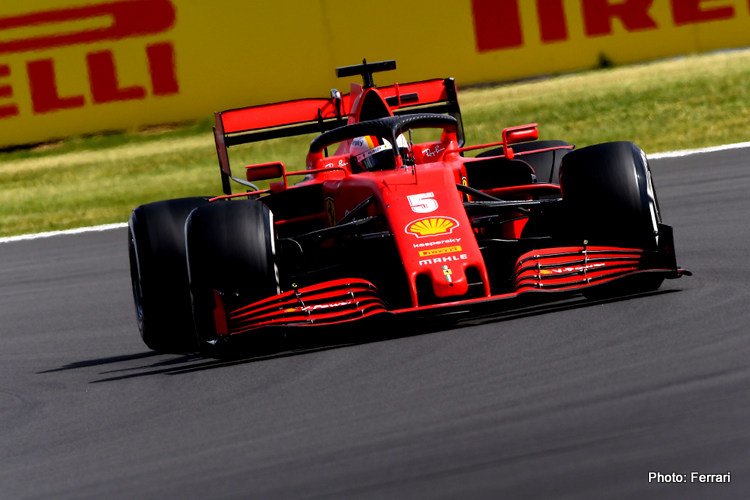 Ferrari’s Sebastian Vettel says he has no answer for why he struggled so much in Sunday’s British Grand Prix, finishing a distant tenth to teammate Charles Leclerc’s third.

Seemingly finding some decent pace last time out in Hungary where he finished sixth, Vettel followed that up with his worst weekend of the 2020 Formula 1 season so far.

In a moment that encapsulated his car’s performance, the German was easily passed by the AlphaTauri of Pierre Gasly, and ran out of the points before Valtteri Bottas’ late tyre failure.

Speaking afterwards, Vettel said that while a series of disruptions over Friday and Saturday didn’t help his cause, they couldn’t completely explain his lack of performance.

“The result was very poor, but the car was very difficult to drive,” he said. “I struggled to find confidence, and I don’t know why, so we need to have a good look.

“But certainly if I struggled for so many laps in the race and it was the beginning to the end, there’s something that probably doesn’t stack up.

“People around me were faster than me, I got overtaken. It was very difficult… to stay on track, so basically it was not a tough race at all because I could never attack – the car didn’t allow me to do what I like.

“So now we need to have a look why and now obviously we have the next weekend so we can try and do better.”

As to the comparison with Leclerc, Vettel reiterated that there was no obvious issue.

“On paper, both cars are pretty similar so it’s not the set-up,” he explained. “Also if you look around the lap, there’s not one place where maybe I’m driving poorly or there seems to be an issue.

“It’s the whole lap where I’m losing time, so we’ll have a look.”