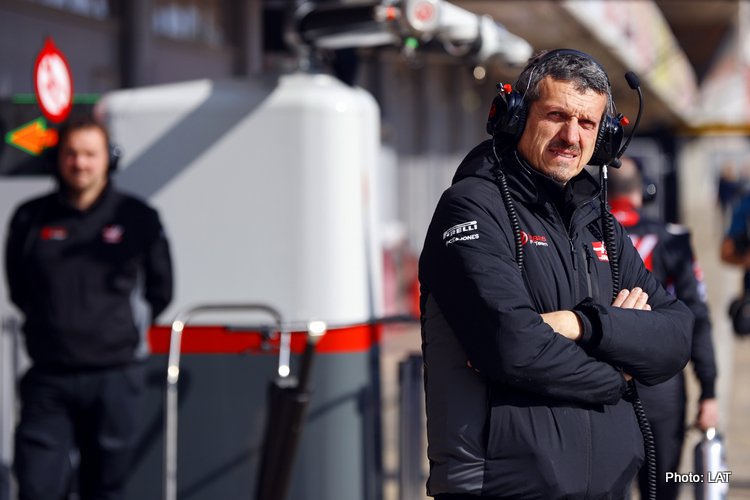 Haas boss Guenther Steiner has blasted Formula 1’s penalty system, suggesting the past two races have proven it needs to be overhauled.

What Steiner sees as being hard done-by on both sides of the coin, both Haas drivers received a 10-second penalty at the Hungarian Grand Prix for receiving illegal aid from the pit-wall, after they were instructed to pit for dry tyres on a damp track during the formation lap.

Then in Sunday’s British GP, Kevin Magnussen’s race was ended by a collision with the Red Bull of Alexander Albon, for which the Thai was only given a five-second penalty.

“I think the penalty system is not working well,” Steiner complained afterwards. “In Hungary, we come in the pits before the race and penalise ourselves because we have to start in the pit lane and we get 10 seconds.

“Here [at Silverstone] we get taken out on the first lap, and obviously it was his [Albon’s] fault because he gets a penalty, but it’s five seconds and we are out of the race.

“In Hungary, we didn’t damage anybody and we didn’t get an advantage really because we penalised ourselves by starting in the pit lane. We talked with the drivers, it’s very unclear in the regulations.

“It’s a TD [technical directive] from 2017, so I think we need to look into getting that a little more closed up. The punishment doesn’t fit the crime all the time.”

According to Steiner, his team is one of the few willing to mix up its strategy – as it did again on Sunday by electing not to pit Romain Grosjean during the safety car period – and maintains the intrigue that provides should be rewarded, not punished.

“It seems always that I complain about it [receiving penalties], but I think there are situations where we are just more exposed to these things,” he explained.

“We took a brave decision to stay out. We were the only one, but that mixed it up again a little bit you know. I think we are not trying to make it boring.