Gasly: Probably one of my best races 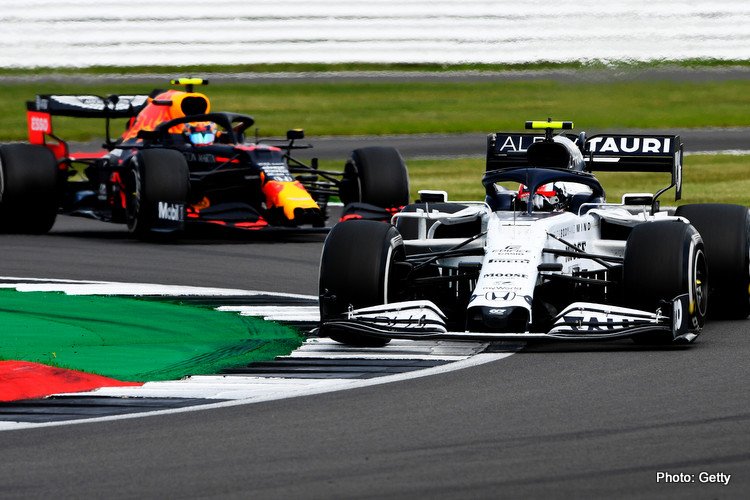 AlphaTauri’s Pierre Gasly has labelled his British Grand Prix performance one of the best of his career, bringing home a seventh-place finish.

Looking to earn his seat back at Red Bull, Gasly has been comfortably the more impressive of the two AlphaTauri drivers so far in the 2020 Formula 1 season, and proved it again with his performance on Sunday.

“Honestly I loved that race,” he said. “It was probably one of the best on my side I must say.

“We didn’t expect such a result today, we knew we could potentially score points, but it was going to be a challenge as the timing of the first safety car didn’t play into our hands”

“It was really tough. I tried to give everything to stay with the group ahead of us, with the Renault, with the Racing Point and the Ferrari, and I must say, the battles I had were really nice, really enjoyable.”

Missing out on Saturday’s Q3 in a dead-heat with Lance Stroll, Gasly got his revenge on Sunday in passing the Canadian on-track, before besting an even bigger name in Ferrari’s Sebastian Vettel.

“I think we were P12 at the time and I had to fight my way through the crowd. It was tough but very enjoyable and I had many great battles with Vettel, Stroll and Giovinazzi.

“I struggled to get close to Sebastian, but then I had one shot to pass him and I knew I had to try and make it work.

“It doesn’t happen every day that you’re able to overtake a Ferrari on the outside, so I really enjoyed that one!”

“I’m feeling good in the car and we know where we need to improve, so hopefully we can take another step forward in the coming weeks.”

Jettisoned from Red Bull after last year’s Hungarian Grand Prix, the Frenchman has clearly got his mojo back in the race since, and with his replacement Alexander Albon struggling, it’s fair to wonder if he gets another call-up in the near future.