Vettel: I had difficulties keeping the car on the track 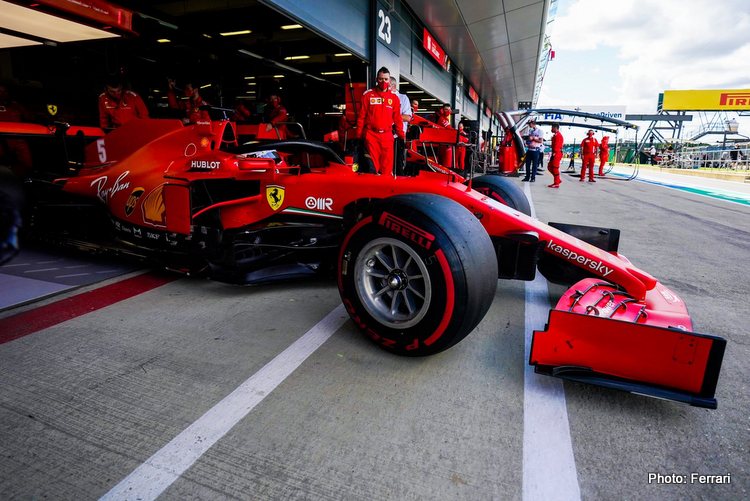 Sebastian Vettel left qualifying for the British Grand Prix saying the weekend couldn’t ‘get much worse’. However, neither Vettel nor Ferrari would have envisaged Sunday’s race to be such a struggle.

Vettel found himself in no mans land in the British Grand Prix. Despite two early safety cars, the German wasn’t able to make ground on his tenth place grid position. Instead, he slipped further behind the fights ahead of him and fell into the grasps of the struggling Albon and a progressing Gasly in the latter stages of the race.

With thanks to the chaos at the front of the pack in the dying stages of the race, Vettel stole one point with a tenth place finish, just holding off Bottas who was one of three to be struck by Pirelli tyre failures.

The remainder of the Grand Prix was a quiet one for the four-time champion. Unable to make any forward progress, his eyes were focussed on his mirrors and the midfield runners chasing after the points-paying positions.

When he wasn’t fending off competitors, Vettel’s focus was more on fighting his machinery:

“I tried everything. I tried to change my driving style almost every second or third lap but at the end I had very little confidence in the car. Every time I tried to brake later, I had difficulties keeping the car on the track.”

After practice, both Vettel and Leclerc said they expected Sunday to be a struggle and would be lucky to make it to the end of the race. As it played out, Leclerc again managed to get the better of this years Ferrari, breaking onto the podium amongst the chaos; only thanks to the chaos.

“The way it is now, we are not getting anywhere.” Vettel added. “There is something fundamentally wrong somewhere, either with me or the car. It is not the most stressful time, but certainly not the nicest.”

Four races in, Vettel is yet to break into the top five, is best finish a sixth place in the Styrian Grand Prix, thus making 2020 his worst start to an F1 championship since 2008, back in the Toro Rosso days.

Once again, Ferrari have managed to showcase that the SF1000 is not so much a ‘prancing horse’ but more a limping dog. With their 1000th Grand Prix at Mugello on the horizon, Tifosi shouldn’t expect to have anything to cheer about. Unless for another stroke of luck, it could be a while until the taste of champagne is commonplace at Maranello.