The new look of Formula One 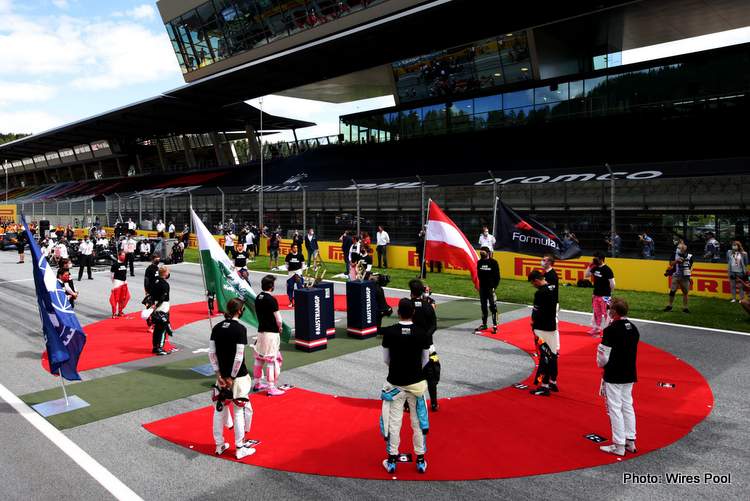 We have seen Formula 1 racing return to our TV screens over the last few weeks, and while there is hardly any difference to what we can see when compared to the pre-pandemic environment, there have been a whole host of changes that have been made to ensure that races can be held safely.

It has taken a long time to get to this point, with the season being postponed indefinitely earlier this year after mechanics for some teams tested positive for COVID-19 right before the first race weekend.

What was supposed to be a record-breaking season for F1, with the most number of races in a season ever, has now become a pared-down version, with multiple races taking place on the same track and a much smaller calendar this season.

While decisions were being taken on how to return to the track, we saw F1 take the route of esports to keep fans entertained, like many other sports had done. The various lockdowns that were imposed globally meant that the demand for online entertainment went through the roof, and so we saw the likes of streaming, gaming and real money casinos online becoming very popular in the last few months.

F1 was also in the mix, putting together virtual Grands Prix every weekend on the F1 2019 gaming simulator, and getting Formula 1 drivers and test drivers together with celebrities and other sportsmen to race every weekend.

However, as stated earlier, we have seen Formula One return to race action again, but there have been quite a few significant changes. Firstly, there are no spectators, for obvious reasons. The usually-packed grandstands at the opening races have been empty, with no fans, guests, VIPs or sponsors allowed.

Teams are also only being permitted to have 80 staff members with an operational core of 60, compared to the usual 130 staff. All of the races are being held in bio-secure bubbles, with the first two races taking place at the Red Bull Ring in Austria.

Anyone who travelled to Austria for these races had to first test negative for COVID-19, and then have tests every five days. Teams will be isolated within their own ‘mini-bubbles’ as part of the overall paddock environment, and interaction between teams will be minimal. Mechanics and engineers will be wearing face masks for the majority of the time.

The media interviews and briefings will be done remotely, with no media persons being given access to the paddock. The paddock itself has also looked very different, with the ‘motorhome’ units which we usually see not being allowed.

Instead, teams have set up tents behind the garages to give team members more space as per social distancing norms, and the trucks themselves have been moved even further back. At the start of the race, there have been only a maximum of 40 people allowed on the starting grid, and drivers will not stand together for the national anthems.

The podium celebrations have also been completely different – there has been no podium, for starters, with drivers being given their trophies on the track itself and maintaining social distancing, which makes the champagne-spraying celebrations we are used to seeing impossible.

All of these changes have been necessary in order to allow the sport to be able to resume safely. The health and safety of the drivers, engineers, mechanics and other team members is paramount, and Formula One has done a great job of being able to pull off races safely so far.

Whether fans will be allowed back in is dependent on how the world deals with the coronavirus in the latter half of the year, but these opening races have put a blueprint in place for carrying on with the sport in these changed times. View website