The Morning After: Black Arrow Beatdown 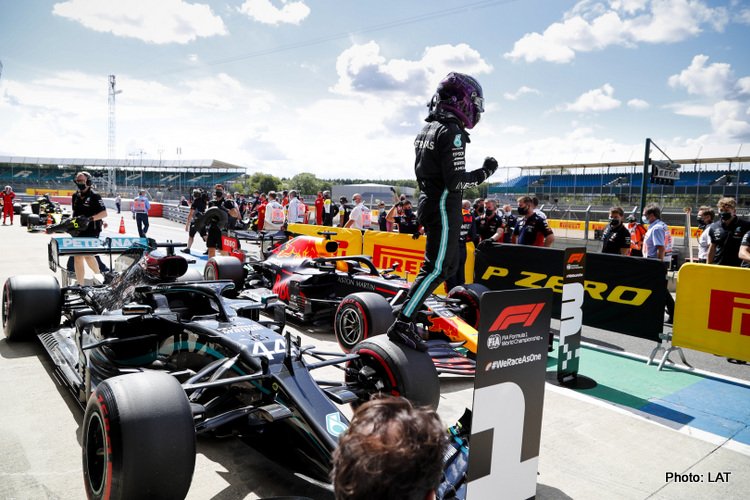 A performance as dominant as ever, Mercedes continued to stretch their already-insurmountable pace advantage on Saturday at Silverstone.

“I guess we’re not making many new friends out there” – Toto Wolff.

No Toto, I don’t suppose you are.

How could you after a day that saw both cars obliterate the track record, while your only “rivals” went backwards compared to last year? Max Verstappen: 0.049 seconds slower than he was in 2019. Charles Leclerc: +0.255s. Valtteri Bottas: -0.477s. Lewis Hamilton: -0.796s. As Fernando Alonso would say, what a “yoke”.

Not quite sure what to make of Nico Hulkenberg’s qualifying performance, being unable to get through to Q3 on softs when his teammate did it on mediums isn’t a great look, but there’s obviously still mitigating circumstances. I’d expect him to be much more competitive next week though

Speaking of the good doctor, this quote is him at his trolling best

The theoretically quickest strategy for the 52-lap British Grand Prix is a one-stopper, assuming that temperatures remain similar to today. The fastest way is to start on the soft tyre for 18 to 22 laps and then move onto the hard until the end.
Second-fastest is a two-stopper, also starting on the soft. After 16 to 18 laps switch to the soft again for another 16 to 18 lap stint, before going onto the medium until the end. The hard tyre can be used as an alternative to the medium: either for the middle or the final stint.
Third-quickest is a different one-stopper: starting on the medium for 21 to 24 laps, then hard to the end. It’s not advisable to do a soft-medium one-stopper, as tyre wear then becomes too marginal.