Racing Point: We don’t think there’s a case to answer 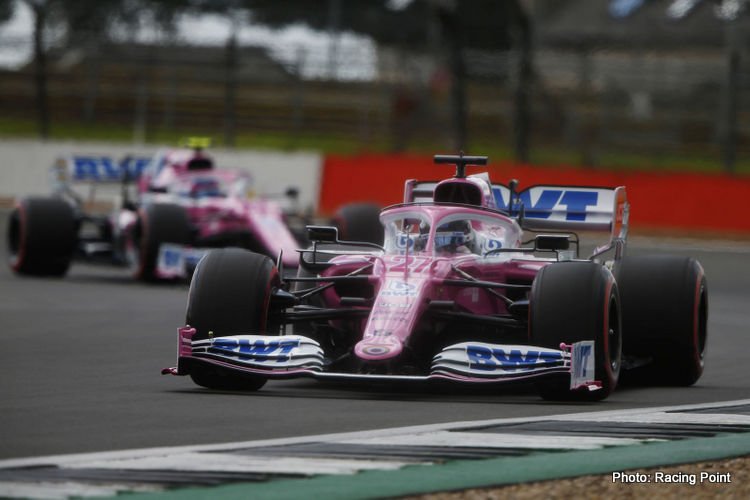 A controversy since preseason testing, Racing Point’s 2020 challenger, the RP20 has been criticised by many for being an almost exact copy of Mercedes’ 2019 car, the W10.

Subsequently, Racing Point’s rivals Renault have protested the brake duct design at each of the past two races, as that particular component is a “listed part” which is required to be wholly produced in-house.

Asked about the protest on Saturday ahead of an expected verdict midweek, Green said he was confident his defense would see-off the challenge.

“We think it’s very strong,” he told reporters. “We’ve been working on it the last couple of weeks. Some documents went to the FIA at the weekend, and then our defence went to the stewards a couple of days ago.

“And we can see that we’ve done everything within the regulations. So we don’t think there’s a case to answer.”

Part of Racing Point’s defense since the controversy kicked-off is that the FIA had already been to the team’s Silverstone factory and given its approval. According to FIA technical chief Nikolas Tombazis, this did not include a direct comparison between the brake ducts of the RP20 and the W10, but Green insists it did.

“The FIA received all the data from our brake ducts in the visit. And they did a comparison, the Racing Point brake ducts to the MGP brake ducts, on that day. And they commented on it, and it was discussed.

“He [Tombazis] wasn’t at that factory visit, there were other of his colleagues, but it was discussed, and it was shown. So we weren’t trying to hide the brake ducts, they’re all part of the submission that we gave to the FIA.

“And they did comment on how similar they were to the Mercedes. And we commented on why they were so similar, because we purchased the brake ducts in 2019.”