Albon: I don’t see it as struggling 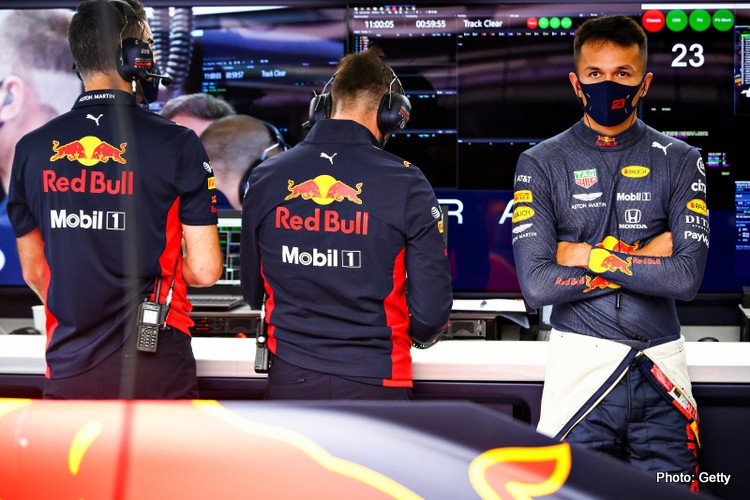 Red Bull’s Alexander Albon says he has nothing to be concerned about despite another disappointing effort in qualifying for the Formula 1 British Grand Prix.

Only managing 12th on Saturday, Albon missed the cut for Q3 for the second-straight race weekend, further intensifying the speculation that Red Bull could look to replace him.

Asked about his struggles afterwards, Albon maintained he did not have such concerns.

“Firstly, I don’t see it as struggling,” he told reporters. “I feel like race one we had a very strong race. Race two we finished fourth and race three we finished fifth. So if that’s struggling then I’d be worrying about other things.

“I’m happy personally with the first few races, but things haven’t gone our way. And to be honest, I’m not worried in the sense that I feel like it’s been tough or it’s going badly.

“It’s just a tough qualifying and on my side I’m just focused on trying to get more comfortable with the car and extract the performance out of it.”

Certainly it didn’t help his preparation this weekend when he crashed-out in FP2 and sustained power-unit issues in FP3, with Albon suggesting his primary concern is optimising his setup.

“It’s just trying to get the balance a bit more consistent through speed types and corner types through the lap,” he explained. “That’s kind of where my focus is on.”

Backing-up Albon, Red Bull chief engineer Paul Monaghan said the onus was on the team, not the driver, to improve.

“Certainly he’s capable and the car’s capable, we’ve just got to actually sort it out for him to allow him to do it.

“And if we could give Alex a better-balanced car, then we all know that he will then stick it straight into Q3 without any bother.

“So I think that the challenge lies more with us than it does with Alex, to be brutally honest with ourselves.”