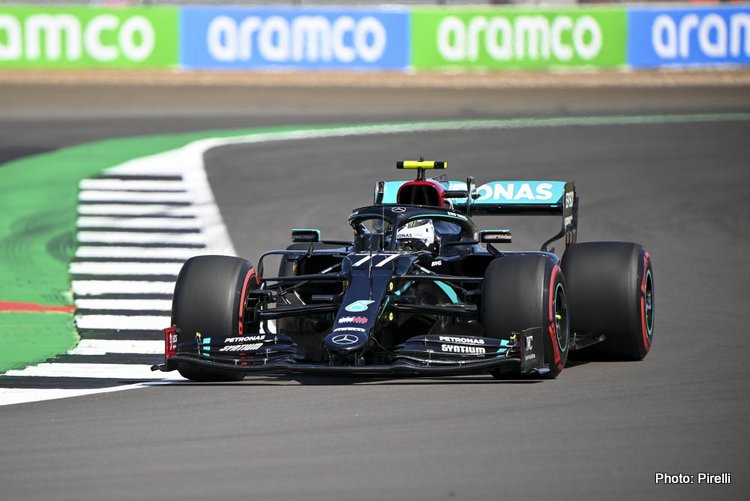 After failing to top either session on Friday, Mercedes were back to their ominous selves with Valtteri Bottas leading Lewis Hamilton in final practice for the British Grand Prix on Saturday.

Approximately 16°C cooler than Friday, the Black Arrows were operating at much friendlier temperatures on Saturday and made it count, delivering the sort of pace that has seen them win all three races in the 2020 Formula 1 season so far.

Similarly, Verstappen had was able to put together a proper hot lap after having his qualifying run disrupted yesterday, and looks like he can keep the Mercedes’ honest, even if pole probably remains out of reach.

Immediately behind the top three was Racing Point’s Lance Stroll, his best time 0.703s back after leading in second practice on Friday.

Carlos Sainz was fifth, ahead of future Ferrari teammate Charles Leclerc, with Sainz’s current partner Lando Norris completing the McLaren sandwich in what was a much better session for the team.

Renault’s Daniel Ricciardo was eighth, ahead of former colleague Nico Hulkenberg, the German starting to find his rhythm in his F1 return, finishing only 0.296s behind new teammate Stroll after being 0.636s behind in FP2.

Alexander Albon, fresh off his heavy shunt from Friday, endured another difficult session, albeit for different reasons. An electrical fault on his Red Bull meant he spent most of the session in the garage, only managing a few laps at the end.

Sebastian Vettel’s fortunes were similarly unimproved, the German reporting something loose in his cockpit as he was unable to set a competitive time.

Romain Grosjean was P15 for Haas, ahead of the Williams of George Russell by 0.201s.

Nicholas Latifi was 20th, the Canadian struggling to extract pace from his Williams amidst the gusty conditions. 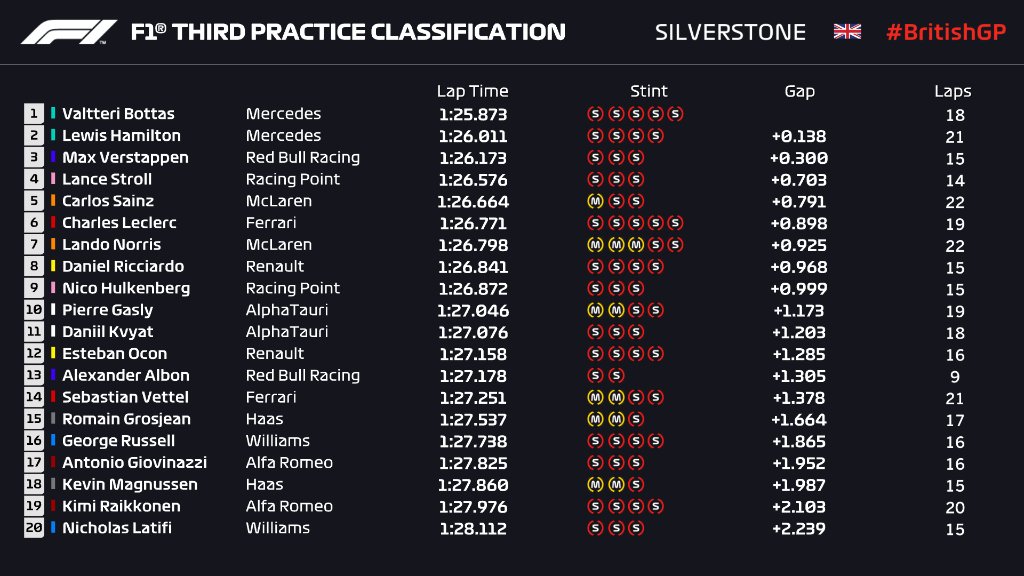