Leclerc: The car was extremely hard to drive 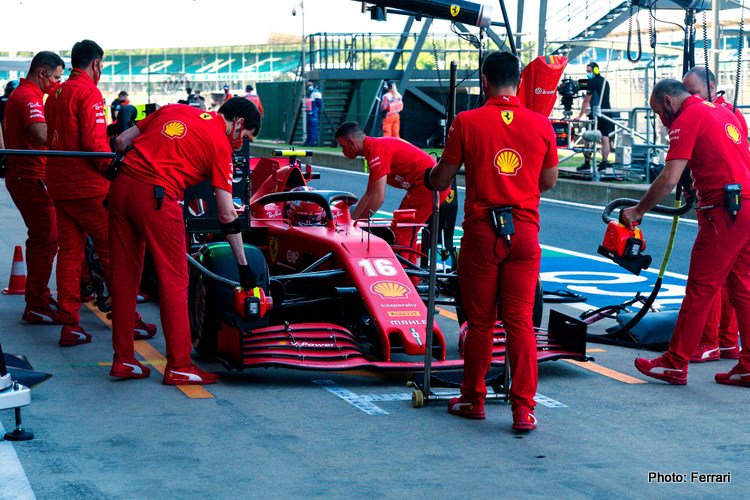 Ferrari’s “radical approach” to its downforce at the British GP has imbalanced between qualifying and race performance, says Charles Leclerc.

Fourth on the timesheets at the close of Friday’s second practice, Leclerc said afterwards that while he was happy with the improvements the Scuderia had made in one-lap pace, their current setup risked throwing it all away on Sunday.

“The race pace we have been struggling massively, so we definitely need to work on that,” he revealed. “The quali pace is a bit better than what we expected to be honest. This is good.

“We’ve taken quite a radical approach with our downforce level, so it seems to pay off in quali, but it doesn’t in the race, so we need to analyse the data, and see what we’ll have to do tomorrow.

“We can still change quite a lot of things, so we’ll try to understand what we can change to maybe sacrifice a bit more the quali pace to be better in the race.”

Completing 52 laps over the day, Leclerc admitted he was finding the car particularly difficult during his race simulations.

“In the long runs the car was extremely hard to drive, balance wasn’t great and it was difficult not to make mistakes.” he said.

“We definitely need to change something on that. Otherwise doing that many laps during the race with this balance will be a huge challenge.”

Even more frustrated was his teammate Sebastian Vettel, who only managed two laps in the morning with an intercooler issue, and had difficulties with his pedals in the afternoon.

“It was a disjointed day and a shame to lose the morning session. Then in the afternoon, there was an issue with the brake pedal and that cost us some time so it was a bit difficult to get into a rhythm.

“All the same, even though we didn’t do many laps, we learned a little bit that will be useful to help us improve the car for tomorrow and then we can see where we are. The track should be cooler tomorrow and we should also have a better day.”