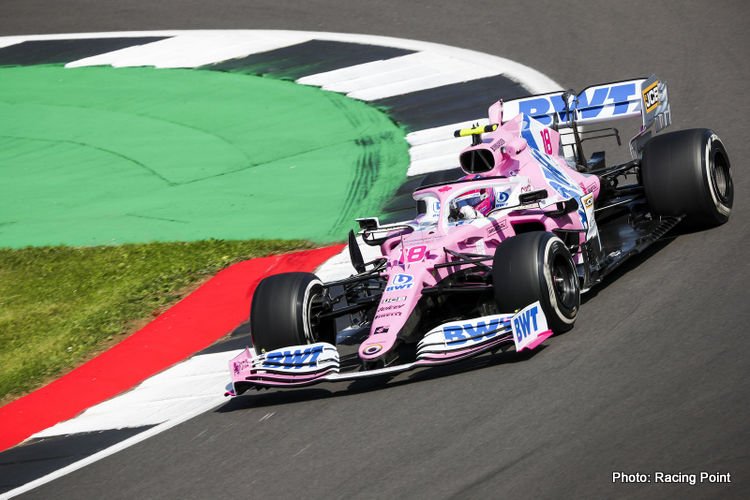 After a quiet morning, Mercedes returned to the front – albeit the pink version – as Lance Stroll led the way in second practice on Friday at Silverstone.

Setting a time of 1:27.274, Racing Point’s Stroll was 0.090s ahead of Red Bull’s Alexander Albon, although the latter earned equal billing in the headline for a shunt heavy enough to bring-out the medical car.

Taking place in warm, gusty conditions, it was a tricky session for all 20 drivers, with several of the front-runners unable to set quick laps before their tyres went off, something Stroll capitalised-on to top the first practice session of his Formula 1 career.

Behind him, the under-pressure Albon saw a positive session suddenly take a turn for the worse, as he was looking to improve on his already quick time when he lost his car’s rear coming out of Stowe, quickly becoming a passenger on a one-way trip into the barriers.

Mercedes’ Valtteri Bottas was third, 0.157s behind Stroll, although it’s safe to assume he has plenty of pace in-hand in his Black Arrow.

Ferrari’s Charles Leclerc was P4 with a 1:27.570, 0.011s ahead of Lewis Hamilton, who was unable to set a particularly clean quick lap before shifting his focus to long-run pace.

Carlos Sainz was sixth for McLaren, improving his time from the morning session by over a second.

F1 returnee Nico Hulkenberg was seventh in the other Racing Point, the German still coming to grips with his new car.

Pierre Gasly was P8 for AlphaTauri, putting in an impressive performance that showed his morale was still intact after a brutally unfortunate previous race in Hungary.

Esteban Ocon was 12th, ahead of Antonio Giovinazzi in a much more positive session for the Alfa Romeo team.

Red Bull’s Max Verstappen was a surprising 14th, although his single qualifying-style lap was spoiled by the Haas of Romain Grosjean blocking him.

Daniil Kvyat was 15th, ahead of the aforementioned Grosjean, who could yet find himself facing the wrath of the stewards.

Williams’ George Russell was 17th, followed by Sebastian Vettel, who after an engine issue in the morning session, saw his misery compounded in the afternoon, first having to wait for a pedal change and then being simply unable to extract any pace from his Ferrari.

Kevin Magnussen and Nicholas Latifi brought up the rear, the latter punctuating his session with his own off at Stowe, although unlike Albon he managed to keep his car out of the barriers. 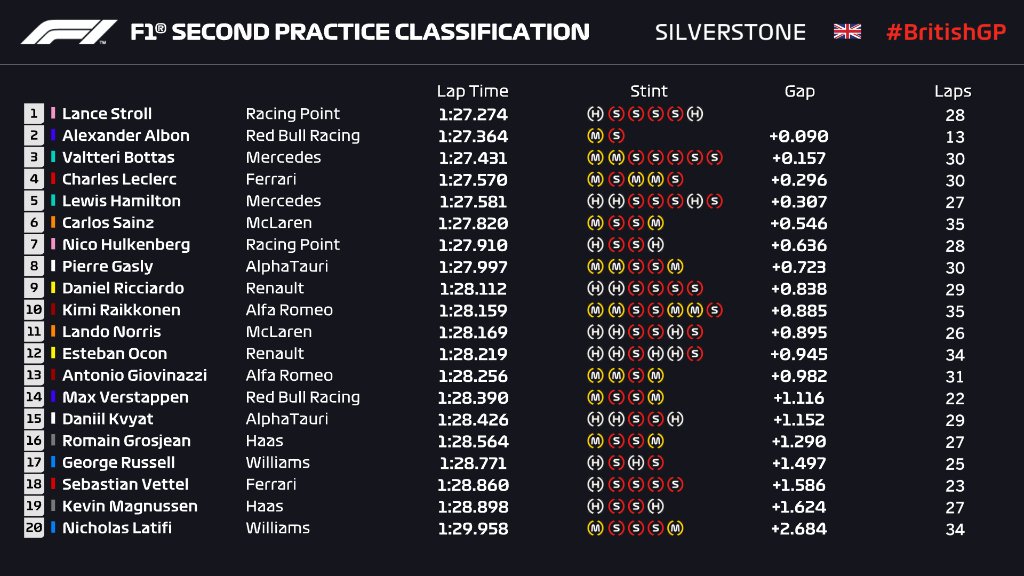