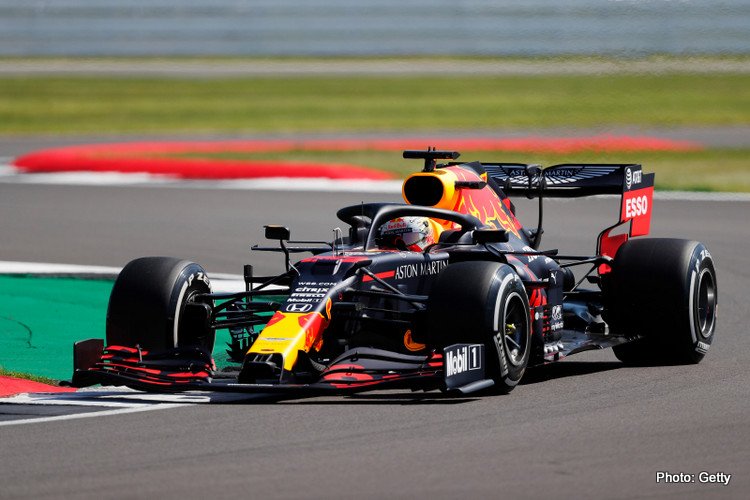 In what is a very positive sign after Red Bull’s midweek drama, Max Verstappen was fastest in first practice for the British Grand Prix on Friday.

Topping the timesheets with a 1:27.422, Verstappen was 0.474 seconds ahead of Lewis Hamilton’s Mercedes, albeit on soft tyres to the Briton’s mediums.

Nevertheless it is a step in the right direction, considering the pace Red Bull was conceding to the Black Arrows in Hungary.

In third was the Racing Point of Lance Stroll, a further 0.108s back, although his was not the Pink Car grabbing the attention on Friday morning.

Making his Formula 1 return in place of Sergio Perez, Nico Hulkenberg was drafted-in at the eleventh-hour to deputise for the Mexican, and finished ninth in his first on-track action since 2019. His effort was 0.588s behind that of his new teammate Stroll.

Elsewhere, Alexander Albon was fourth, followed by the Ferrari of Charles Leclerc, the Monegasque the only Ferrari on-track with Sebastian Vettel suffering from an issue with his intercooler.

Valtteri Bottas was sixth in the second Mercedes, the Finn’s weekend programme seemingly not calling for any full-throttle laps as of yet.

Esteban Ocon and Daniel Ricciardo were seventh and eighth respectively for Renault, ahead of the aforementioned Hulkenberg.

Daniil Kvyat rounded-out the top 10, 1.170s off the lead, with AlphaTauri teammate Pierre Gasly just 0.041s behind him.

The McLarens of Carlos Sainz and Lando Norris came next, the orange cars using the session to test new parts.

Haas’ Kevin Magnussen and Romain Grosjean completed the procession of two-by-twos, their best efforts not good enough to get below the 1:29s.

Kimi Raikkonen was P17 for Alfa Romeo ahead of the Williams of George Russell, with their teammates Antonio Giovinazzi and Nicholas Latifi keeping the pattern going in 18th and 19th. 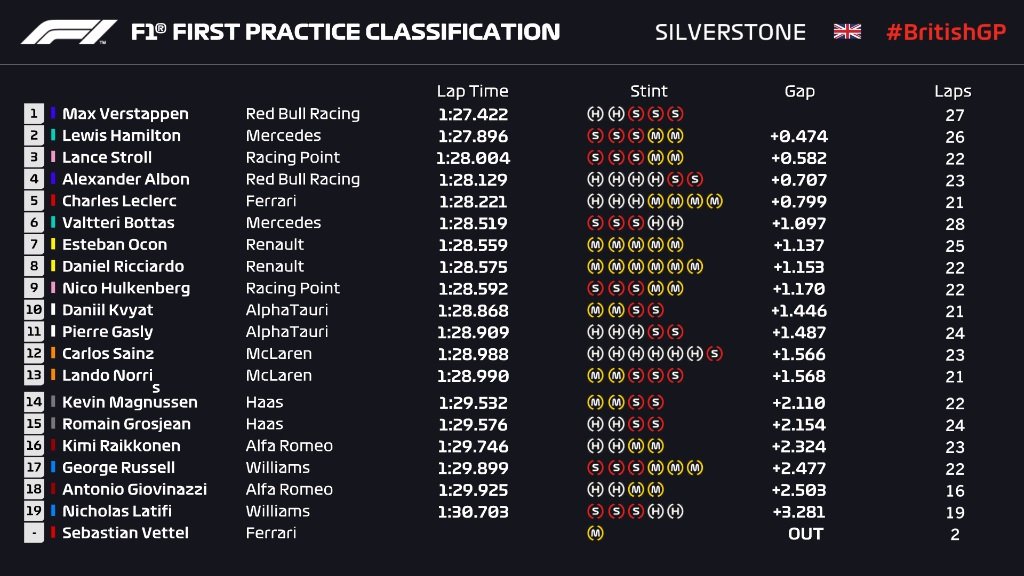