Russell: It looks better on me, the better Lando and Alex are doing 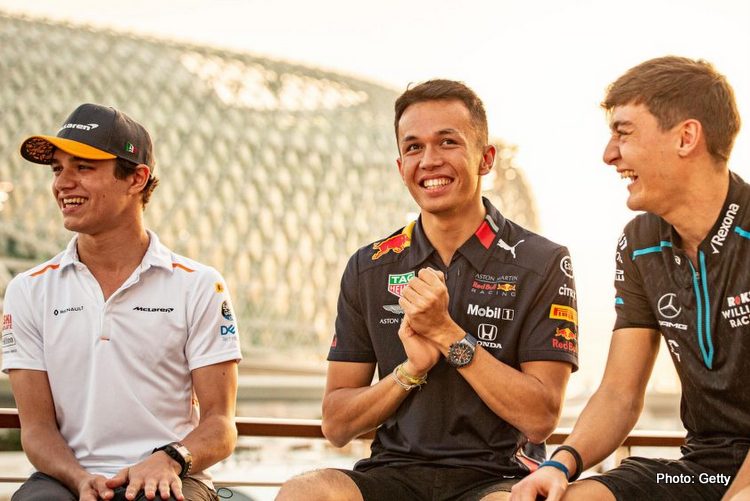 George Russell says he is happy to see old rivals Lando Norris and Alex Albon shine in Formula 1 this season, even as he struggles to score, because their success adds to his own lustre.

Russell has yet to open his tally after 24 grands prix with Williams while fellow-Briton Norris celebrated his first F1 podium appearance with third place for McLaren in Austria this month.

Norris, 20, is fourth in the standings going into his home race at Silverstone this Sunday, with another the weekend after — both run without spectators due to the COVID-19 pandemic.

Russell beat Norris and Albon to the Formula Two title in 2018, with all three debuting in F1 last year, but is currently last.

With a long-term Mercedes contract, and seen as a future prospect for the reigning world champions, Russell can feel confident his time will come.

“Ultimately the people who will make a difference in my career — Williams, Claire (Williams), (Mercedes team boss) Toto (Wolff), everyone at Mercedes — they all know well and good what I did in 2018,” Russell said on Thursday.

“It looks better on me, the better Lando and Alex are doing,” added the 22-year-old.

“Some would be bitter seeing their rivals as such at the front and you at the back but actually I want them to do well,” he said. “It comes across even better for me every time they perform well, because of what happened in 2018.”

Williams scored only one point in 2019 with now-departed Pole Robert Kubica, but are making some progress.

Russell qualified 12th in Hungary two weeks ago, ahead of Albon who ended up fifth at the finish.