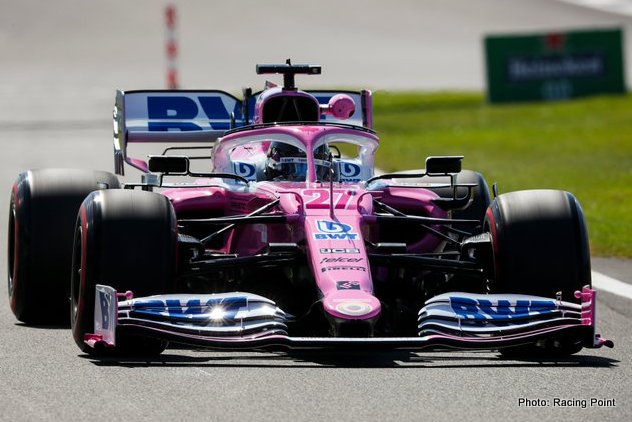 In less than 24 hours, Nico Hulkenberg found himself going from a journey to the Nurburgring to an outing at Silverstone in the Racing Point RP20.

It all started when Sergio Perez tested positive for Covid-19 on Thursday evening. Racing Point, now in need of a driver, called upon former employee Nico Hulkenberg.

“The last 24 hours have been a bit special, crazy and wild,” Hulkenberg said. Having received the phone call from team principal Otmar Szafnauer at 16:30 on Thursday, Hulkenberg was having a seat fit at 2am and after a quick nap, in the Racing Point simulator at 8am.

“We didn’t have heaps of time because I had to be tested [for Covid] as well but the real deal, obviously today, we’ve got the programme in, we got a couple of laps or many laps, which I feel. I’ve been really thrown into the cold water here.”

Hulkenberg really has been thrown in at the deep end. He’s been plunged into a car that could be competing for podiums at one of the most physically demanding tracks of the season.

“The G-force it’s tough to train for because it’s so unique, it’s so special. Even though I’m in decent shape, this kind of G-force, especially around here, once of the fastest high-speed tracks, in 35 degrees, the hottest day of the UK so far… I got the best of everything!

“My body will feel it tomorrow and the day after, but yeah, it’s obviously a huge challenge but I’m not shy of that one.”

It’s been a hectic day for Racing Point, without doubt, an understatement,  but the team have handled the situation impeccably:  “I want to thank the team, also all the night shift guys who did an amazing job to fit me in the car quite comfortably, and the FIA for turning it around so fast on the superlicence. So it’s been very special.”

Hulkenberg, who drove for then Force India most recently in 2014-2016 before joining Renault in 2017, has said many of the old faces at the Silverstone based side made the jump a whole lot easier.

“I tried to take it step-by-step today, get up to speed with the car, understand it. It is quite different to last year, every car just takes time to… yeah, inhale everything, understand it, know how you have to drive it and learn.”

The German believes the RP20 is a car with “huge potential” and “more in the bank”. Despite taking Friday practice easy, he was very quickly on the pace, sticking a few tenths behind Lance Stroll. Afterall, what can you expect from a driver who’s only missed three races.