Grosjean: I explained to Lewis that maybe I did it wrong 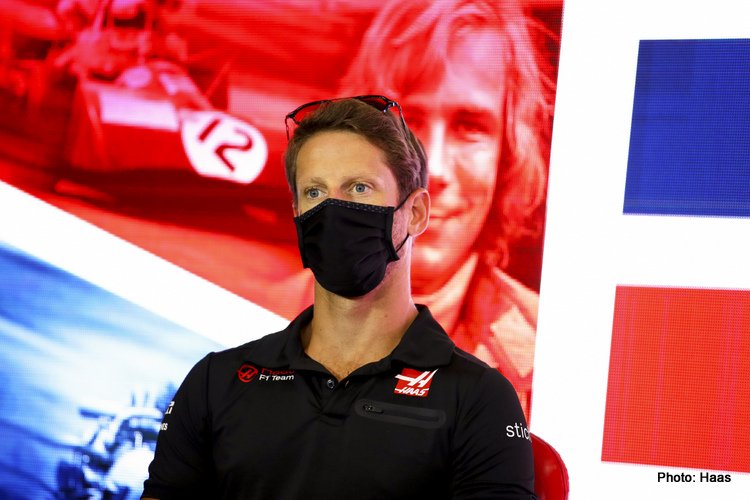 Grosjean, who is a director of the Grand Prix Drivers Association (GPDA), was criticised by Hamilton after the Hungarian Grand Prix for what the Briton suggested was a lack of interest in coordinating the display with all 20 drivers.

Asked about Hamilton’s remarks ahead of the British Grand Prix, Grosjean revealed he had spoken to Hamilton, and admitted he could have done better.

“Yes, I have spoken to Lewis, we actually had a 45-minute phone call on Tuesday after the race,” he said. “I explained to Lewis that maybe I did it wrong, maybe I did it right. I felt right at the time, we [himself and Sebastian Vettel] are two directors in the GPDA, and we had seven or eight drivers that were not happy to carry on the ceremony as it was done in race one in Austria.

“I said to Lewis, ‘look maybe I did it wrong but I felt that as one of the directors – because Sebastian was pushing in the direction of carry on, which is the right approach – I was speaking for the drivers that were not happy to carry on, to express their voice as the director of the GPDA’.

“Now thinking about it, it was probably the wrong thing to do.

“Lewis had some good arguments, I had some also, but I think it was the wrong thing to do.”

As a result, Grosjean has pushed FIA president Jean Todt and F1 CEO Chase Carey to formally include the display in the pre-race schedule, like it was at the first race of the 2020 season in Austria.

At the same time, the Frenchman said he was upset by allegations on social media that he is a racist, despite his personal stance being consistently in favour of the display continuing.

“It was a good chat with Lewis. I said sorry, maybe I did it the wrong way, but I felt I had to do it at the time, because the GPDA, we work on the majority vote system, and I felt that if I wasn’t as one of the directors listening to guys that were not happy to carry on, I wasn’t doing my duties.

“But also he mentioned that, as one of the directors they are listening to you, and that was his point. I think it was right in that aspect.

“I also said I wasn’t very happy that in the media it came out, on my social media I had a lot of things about racism, [saying] I am a racist, which is absolutely wrong.

“I don’t think you will find anyone anywhere in the world saying I’m a racist or I did something wrong in that aspect.

“I wasn’t very happy about being treated that way. I was one of the first ones to support and to push that we take the knee.

“I’m still hopeful that one day we get 20 drivers to take the knee on the grid, and that it will happen at one point.

“We need to keep the education, keep pushing the guys, and telling them that this is a sportsman’s gesture, and a way to support a cause on something that shouldn’t exist.”

Through the first three races, six drivers – Kimi Raikkonen, Carlos Sainz, Charles Leclerc, Max Verstappen, Daniil Kvyat and Antonio Giovinazzi – have opted not to adopt the ‘take a knee’ gesture at least once, and while the move has been unanimous in other major sports, Grosjean maintains it is important each individual is allowed to make their own choice.

“Everyone has a different way of expressing their feelings. So, you cannot force anyone to do anything.

“The reason they have is personal. It’s just a feeling, so your reason is maybe strong enough for you but someone else doesn’t think it’s strong enough.

“That’s not really the question, I think everyone has to do what’s right for them.

“Ideally it would be nice to have the 20 drivers side by side, taking the knee.

“As mentioned some other sports have managed to go there. But I’m not here to judge or to say they should do it or do it different.”