Russell: DTM was the next best thing to F1 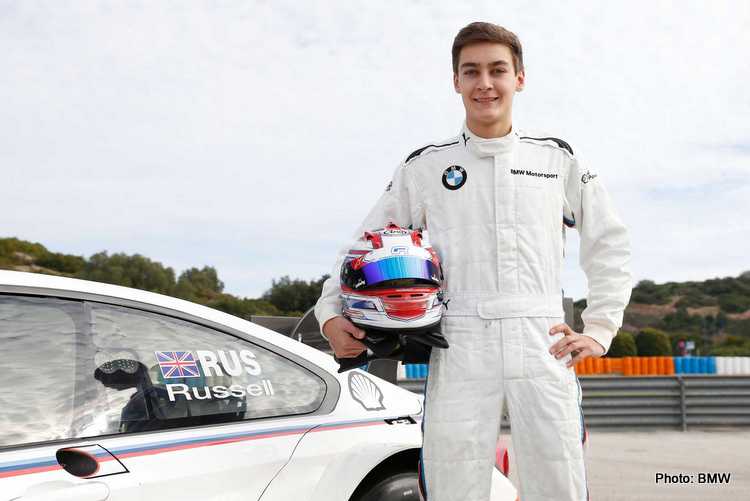 In Formula 1’s Beyond the Grid Podcast, George Russell has revealed he was on the verge of joining BMW in DTM for 2017.

Russell had been an unofficial reserve driver for BMW in the DTM during the 2016 season. Having impressed during a rookie test, the Brit had an offer on the table to sign as a full-time driver in 2017.

“By this point, I’d sort of accepted I didn’t have any backing to help me get to Formula 1,” Russell told Tom Clarkson.

“At the time, none of the Formula 1 teams were overly interested and I was pretty settled to say, this is DTM, it was a huge salary, it’s probably the next best thing to Formula 1 and I was committed to going down that route.”

In 2016, Russell was competing with HitechGP in the European Formula 3 series. In 30 starts, he claimed ten podiums along with two wins and three pole positions. Enough to secure third in the championship.

That was enough to impress Gwen Lagrue – Mercedes’ Driver Development Advisor who started working with the team in January 2016.

“One day I was just laying in the bath and I got a phone call from a French guy called Gwen Lagrue… He said to me, ‘Hi George… I’ve just started working with Mercedes and you’re the first guy I want to sign…”

Russell signed a contract with Mercedes that started in 2016, but became an official Mercedes junior driver at the start of 2017. With the team, he would go on to win both GP3 and Formula 2 titles before earning a seat with Williams in F1.

With both Mercedes drivers out of a contract at the end of the year, speculation pointed towards Russell joining the Silver Arrows next season. The 22-year-old put an end to the rumours when he announced he would stay with Williams for 2021, honouring his multi-year contract.

Being put in the car next to one of the best drivers ever, who’s been in the same car, the same team for seven years, the same engineers – it would have been a tall order,” says Russell. “I’ve got confidence and faith in myself [but] who knows how that would have gone.

“I’ve got full confidence in Mercedes that they are fully supporting me,” he adds. “They’ve made that clear from day one.

“Obviously a lot of people can think what they want following recent decisions but… nothing has changed in my relationship with Toto [Wolff, Mercedes Team Principal], with the guys at Mercedes – me and Toto had a long socially distant breakfast together last week, a couple of hours talking about everything, and like I say, I’ve got full faith in everybody there that I’m in their minds, and as long as I perform, they will hopefully give me an opportunity.”