Perez: Even more is possible 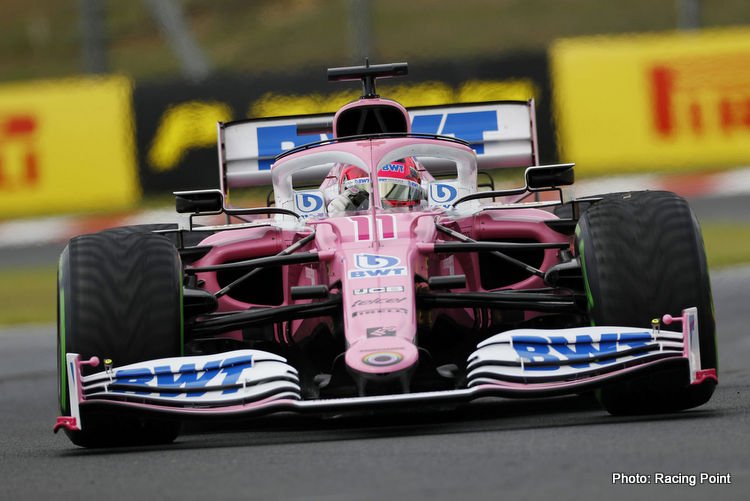 Quickfire Questions with Lance and Checo

Q: What’s the best thing about racing at Silverstone?

LS: “It’s great for the race team, because it means they get to stay at home and there’s less travel – which is a definite plus considering we’ve just had a triple header and the new 2020 calendar is pretty full-on! It’s also a home race for the whole team, so that gives everyone a boost and an extra drive to do well.”

Q: Will you miss having the British fans at the track?

LS: “Definitely. We miss having the fans everywhere we go – but the British fans are so enthusiastic and are real petrolheads. It feels like the heart of Formula 1 at Silverstone and you really feel that every time you race in front of those fans. It’s a shame we won’t get to experience it this time – but we’ll try to put on a good show for those watching at home.”

Q: What are your expectations for the weekend?

LS: “It’s promising that we’ve been able to start the first three races on the front foot and show our pace. We’ve now raced at two very different circuits in Austria and Hungary and we’ve been strong at both. That gives me confidence for the races ahead and we can target a good number of points here too.”

Q: What’s it like racing at the team’s home event?

SP: “It always makes me feel proud to race at Silverstone. Knowing I’m driving a car that nearly 500 people helped design and build in a factory just across the road gives me extra motivation to do well as a ‘thank you’ to everyone in the team. It can be quite an emotional event for all of us.”

Q: Will it feel strange to be racing in front of empty grandstands at Silverstone?

SP: “We will definitely miss the fans here. They are some of the most knowledgeable in Formula 1. Some of them even remember when you raced here in the lower categories! We’re missing the fans at every race we go to – but the passion of the British fans is really amazing, so it will feel very strange.”

Q: The team currently sits P4 in the standings. Is that where you expected to be after three races?

SP: “It’s great to be up there fighting at the front again. We had a tough year in 2019 and it shows that all the hard work we did over the winter to put that right was worth it. We’ve made a good start – but I think even more is possible. We’ve had some bad luck so far and the best is yet to come.”

Five Things to Look Out for in Silverstone

• Silverstone provides one of the highest average speeds of any circuit on the Formula 1 calendar, thanks to its long straights and sequences of quickfire, high-speed corners. A well-balanced car able to handle quick changes of direction is key to success here.
• The track was resurfaced in 2019, removing one aspect of this particular challenge – but the circuit remains almost unmatched in the amount of energy it exerts on the Pirelli tyres [particularly the fronts] due to both the high-speed nature of the layout and the long lap distance.
• While Silverstone is demanding of a car overall, it’s actually relatively easy on the brakes. The circuit’s largely high-speed corners mean there are very few heavy braking events. Combined with high average speeds, cooling is also less of an issue here than at many other circuits.
• The British Grand Prix will feature the first use of the C1 compound in 2020 – the hardest in Pirelli’s range – alongside the C2 and C3. However, should there be no rain between race weekends, track evolution will likely see the 70th Anniversary Grand Prix feature faster lap times and less stress on the tyres thanks to a softer allocation including the C2, C3 and C4 compounds.
• Located on the site of a former airfield, wind is a much bigger factor to consider at Silverstone than at most Grands Prix. Sudden gusts can easily catch a driver out in the corners, which also plays a part in the reasonably frequent appearance of the Safety Car here.