Norris: Anti-racism display will be better at Silverstone 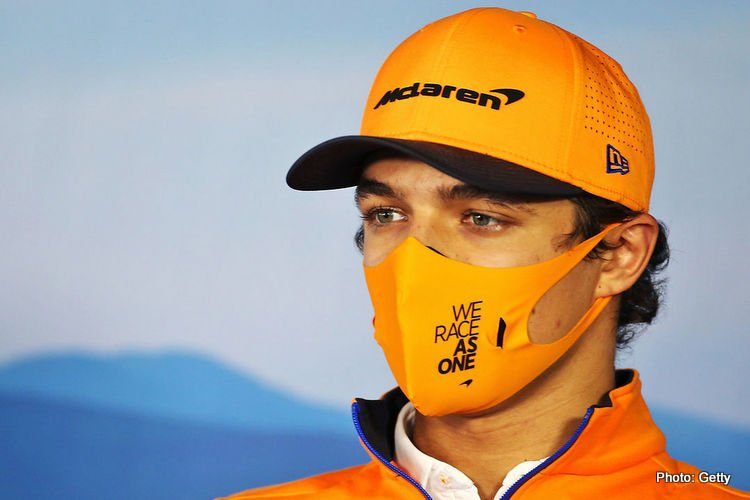 Formula 1 drivers will be more organised in taking a stance against racism at Silverstone this weekend after a rushed and disjointed response at the last two races, according to McLaren’s Lando Norris.

Mercedes’ six-times world champion Lewis Hamilton, who has taken a knee before all three races this season, said after the most recent round in Hungary that F1 needed to show more leadership.

Speaking to reporters before his home race, Norris said there needed to be a coordinated response.

“Some people want to do different things, but we are all in agreement that we want to take a stand and show something in support of what we’re trying to do against racism,” said the 20-year-old.

“We will have a better structure and better plan in place for next weekend.”

F1 is expected to allocate time in the pre-race schedule for drivers to take a knee, or protest however they choose, before the anthem.

In Hungary, only 15 of the 20 drivers attended an unscheduled protest against racism. Eight took a knee, including Norris.

The Briton, fourth in the championship, said he wanted to do all he could to combat racism but what had happened was not entirely the fault of the drivers.

“With the conditions and everything (in Hungary), it was even more rushed than normal. I did my laps to the grid then had to go and speak to my engineer and then we discussed some things,” he said.

“It was the same with all the other drivers. With Max (Verstappen) crashing (before arriving on the grid) and everyone having to do their job, speaking to engineers and preparing for a Formula 1 race.

“We don’t then have any time to go and do any extra activities, like we are trying to do currently.”

Silverstone is hosting two races, a week apart, as part of a calendar revised in response to the COVID-19 pandemic

The second, also behind closed doors, marks the 70th anniversary of the first world championship grand prix held at the circuit in May 1950.