In the Pitlane: F1 races to Africa? 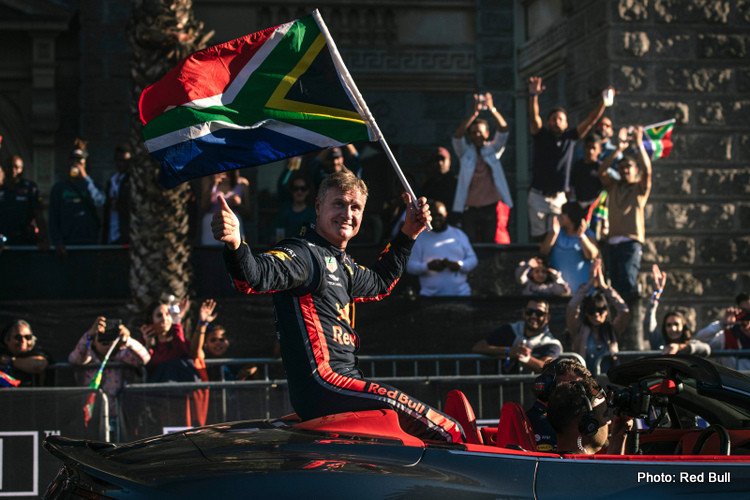 In his ongoing campaign to raise awareness of the Black Lives Matter movement, Lewis Hamilton has declared his desire for a race in Africa.

In an interview with Mercedes sponsor Petronas when asked where he would like F1 to race he commented, “I think bringing firstly the attention back into Africa and highlighting the beautiful place it is, I think that’s the most important place that we have to go to.”

Hamilton stated that not every race should be about profit. “It needs to be held where it’s not all about money, it’s about people,” he asserted. “In business that’s not always the case, so that’s something I’m really pushing for.”

Well as Lewis said back in March at the fateful weekend of the abandoned Australian GP, “cash is king.”

F1’s owners Liberty Media may wish to support Hamilton’s goal, but they will make their decisions based on money and not any altruistic or moral consideration.

Africa is on their radar with former commercial director Sean Bratches having previously acknowledged that it was a priority. “We are now racing on five continents,” he said last year before stepping down from his role. “Africa is the last habitable continent that we don’t race on. We want to change that.”

The clue is in the title, commercial director – notice it is not diversity director or socially responsible director.

For F1 and its teams to remain not just profitable but viable it needs the mighty dollar of sponsors.

So, will sponsors have an appetite for a race in Africa?

Well, Africa has some of the fastest-growing economies in the world. Potential countries to host a race include Nigeria, South Africa, Egypt, Algeria, Morocco, Kenya, Angola, and Ghana.

According to global management consultants Mckinsey, the continent’s GDP will grow to 6.2 percent in the next decade, far outpacing the global GDP growth rate of 3.7 percent.

For brands in the consumer products sector, the African continent is becoming increasingly attractive with a population in excess of 1.1 billion. By 2025 Africa will be home to 20% of the world’s population and 60% of the 300m + households will have a discretionary income.

The demographics of the African consumer will have boardroom pulses racing with just over 50% of income earners in the age bracket 16-34 years. Market research categorizes the consumers as young, urban, and connected. The population growth in African cities continues at a breath-taking pace with just under 50% of Africans living in cities by 2025. Mobile phone penetration is over 80% and continues to grow at a fast-moving pace.

Other motorsport series are taking the lead with the Formula E series and touring car championships both racing in Marrakesh and Formula E hoping to race in South Africa within the next couple of years.

The World Rally Championship was due to race in Kenya this year before the schedule was disrupted by the Covid-19 pandemic.

F1 may need to play catch up and – sorry Lewis – if F1 makes its way to the African continent the harsh reality is it will not be about the people but everything to do with their wallets.

My dad is richer than your dad…..

As Sergio Perez awaits his fate Racing Point has announced they will consider loyalty as a factor in their decisions.

Perez on the other hand is not so sure telling Movistar+F1, “I think (the choice) is obvious if someone has to go, I’m a dad, I wouldn’t kick my son out, but there’s not much I can say.”

It is believed a break clause in his contract revolves around sponsors and Perez confirmed this, “It is a bit related to sponsorship. That can open that clause. But we’re working hard with all our sponsors so that this does not happen. I would not say that it depends on a single sponsor, it is more of an overall issue.”

Perez has three main sponsors, the Mexican telecoms companies, Telmex, Telcel, and Claro. All three are subsidiaries of América Móvil, the giant telecom corporation headquartered in Mexico City so in effect he has one main sponsor.

American Móvil is owned by Carlos Slim Helú who back in 2012 was ranked as the richest person in the world, dropping this year to 5th with a net worth of $68.9 billion. The chairman of the group is his son Carlos Slim Domit who is regularly spotted with Perez. Domit is an influential individual in F1 as he is a Member of the Senate of the FIA.

In a strange twist Perez may lose out to a billionaire’s son but another billionaire’s son may save his career. Will Domit make the phone call to Gene Haas to pay for Perez to drive for Haas in 2021. Domit could of course go one step further and write a cheque to buy the team, something Gene Haas would probably jump at.

Perez has some powerful advocates on his side with ex-Mexican president Felipe Calderón who took to twitter last week in support of Perez, “This could be the last season in Racing Point and maybe in F1 of Sergio Perez. Last chance to win a GP. Although he is a better pilot and with better results, upon Vettel’s arrival it is difficult to remove the other pilot, the owner’s son.”

Whatever happens, it is worth noting Perez is a generous individual establishing the Checo Pérez Foundation in 2012 to support orphans and children with cancer. In 2017 he donated £125,000 to Mexico City earthquake relief effort and this year during the ongoing pandemic his foundation has donated over 1,000 food parcels to those in need in Mexico.

Perez is auctioning one of his helmets from last season to raise additional funds with an opening bid of a staggering $11m.

On a footnote: not all billionaires sons get it all their own way with Siddharth Mallya, son of Vijay Mallya having his 165ft superyacht “Force India” recently repossessed to repay creditors after his dad defaulted on the yachts loan.

We learned last week that the current Ferrari team principal Mattia Binotto escaped the chop for now after an organisational restructuring of the team’s technical department.

Ferrari team principals have a short shelf-life with only three of the previous twenty-one lasting more than four years. The powers-that-be at Maranello act “decisively” when faced with an underperforming team and the pack dogs of the Italian media take no prisoners.

So where are the recent team principals now?

Jean Todt of course was duly elected President of the FIA, a position to which he was re-elected in December 2013 and December 2017. He will not stand for re-election in December 2020.

His successor Stefano Domenicali is now CEO of Lamborghini and also a TV pundit for Channel 4 in the UK.

Then came Maurizo Arrivabene, who is an independent board member of Juventus FC and has joined Italy’s fight against coronavirus driving an ambulance transporting patients to hospital.

So, Binotto who has worked for Ferrari his whole career can maybe take some comfort in life after Ferrari.