Gasly: It’s down to us to close on those in front 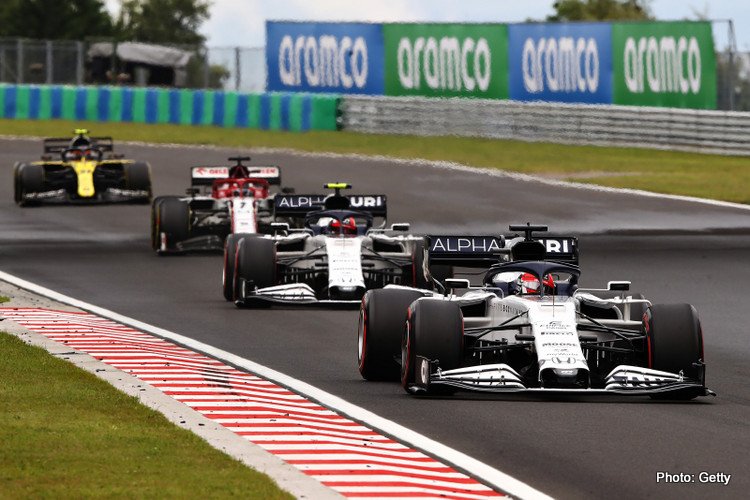 Pierre Gasly: “After completing three races, I think we can say we have a car that is honest, although we know there are things that need to be improved, especially in terms of aero. We can find more performance there. The car has no major weaknesses in any particular area. We have to improve two or three things to get a car that is better balanced. The most important thing is to find a bit more downforce. Looking at our performance, we have to consider that, in the mid-field, several teams have made a big step from last year, especially Racing Point and McLaren and right away that has made for a bigger gap between them and us. Williams has clearly made enormous progress and can now be considered as part of the mid-field battle as are Renault. Now it’s down to us to close on those in front and hopefully overtake them.

“I have been able to do a day in the simulator in Milton Keynes last week. It was a bit different to usual, with the travel restrictions, so my engineers could not be with me and we did the briefings with a video conference involving the people in Faenza and Bicester. It’s not quite the same, but you get used to it!

“Now we come to another triple-header. Having had three races in a row, you do notice a bit of tiredness coming in, but to be fair, I didn’t do much running in Hungary so I have nothing to complain about in that respect. However, for the rest of the team, the mechanics and engineers, it’s a different matter as the pace is very busy and the necessary restrictions on the way we work adds to the difficulty. It’s not easy for them doing a lot of triple headers and it’s intense for everyone in the paddock.

“Silverstone is one of the best tracks of the season. It has a lot of fast corners and you get into a rhythm through sections like Maggots and Becketts, which is one of the nicest of the year, making it very exciting. With these current cars, it has become a track where engine power is now more important than before, because the first corner is flat, then Copse that used to be the first corner is also flat, as is Maggots, so effectively there are fewer corner. So straight line speed is more important, but it’s still great fun to drive. For the second race at Silverstone, we will all be using softer tyres which means we have to rethink some aspects of how we tackle the second weekend. On a track where you put a lot of energy through the tyres with all the high speed corners it will have an effect in qualifying and also in terms of how much oversteer or understeer you get and over a race distance, tyre management will be an important topic.

“Then we go to Spain, where we’ve already driven this year. It was a long time ago now, but we have the data from winter testing and it will be interesting to see how the cars have evolved since February. The conditions were very different then, very cold and now it will be very hot right in the middle of August, which is not the usual time for the race in Barcelona. It will make things more complicated for the tyres compared to the race’s usual date in early May, especially when you consider this track is never easy on the tyre front.”

Daniil Kvyat: “It’s great that Formula 1 has managed to put a calendar together and I was happy to be back racing again in Austria and Hungary. With three races behind us, it’s still a bit hard to identify the strengths and weaknesses of our car. We are still working, me and the engineers, to find a solid baseline that we can start from at every race. In general, I was pleased with the race pace, but in quali in Budapest I was less happy with the car. But we think we know why that was and we are planning to try something different at Silverstone this weekend to see if we can improve. I’m pleased with the way Sundays have gone, but if we could start from around tenth on the grid that would make life more straightforward and allow us to have a strong race. We will see if we can squeeze something more out of the single lap.

“The battle in the mid-field seems to be much closer than last year, for example, Racing Point has made a big step forward and they are ahead of us and I think that also applies to McLaren. Those two will make life tough. Since Hungary, I’ve managed to do a session in the simulator and that was very useful for myself and the team. It had been such a long time since we had been without it. My engineers were with me via video call and it worked fine like that. It seemed unusual at first, but we managed to make it work well.

“We will now have another triple-header and having just done three races in a row, I would say it was fine, even if was quite demanding. It’s a lot of racing, so you have to manage your energy levels and be equally fresh for all three races. Of course, it’s tougher for the mechanics, but at least with all these races in Europe, the travelling doesn’t involve any long flights and you’re not dealing with jet lag.

“Now we have two races at Silverstone. It’s a very interesting track and it can produce some good racing thanks to the long straights. I enjoy driving it and I hope we can find a good baseline set-up immediately, as that will be the key to a good weekend. To mix things up, we are getting different tyre compounds for the second race the following weekend at Silverstone. Having the softer tyres is a pretty big change and we will be trying to understand their behaviour as quickly as possible in free practice to identify the best way to manage them.

“Then for the third race in this sequence, we head to Barcelona for the sixth race of the season, which is where it would have been on the original calendar, except that it will now be in the middle of August and therefore much hotter than during winter testing and its usual race date in May. It will be enjoyable and interesting to tackle it in different conditions.”