McLaren: Silverstone will be a new challenge 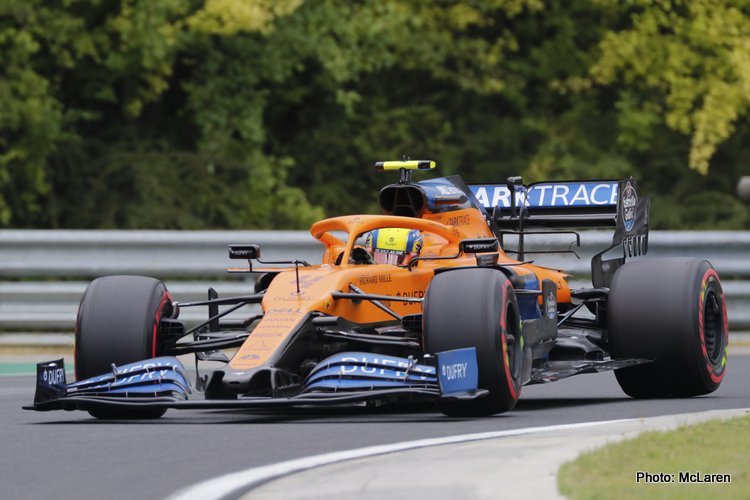 McLaren preview the British Grand Prix, round 4 of the 2020 Formula 1 world championship.

Lando Norris: “It’s great to be heading back to Silverstone for not one but two home races as we start the next triple-header. We’ve had the chance to reset and reflect on what we’ve learnt from our first three races of the season. I can’t wait to go racing again and want to ensure we maintain our progress going into the British Grand Prix. The track itself offers fast and exciting racing with great opportunities to overtake. We know the competition will be tough, but we’ve got to focus on ourselves, work hard and build on our promising start to the season.

“My home race as an F1 driver is a very special occasion just like it was the first time around last year. Obviously, it’s going to be disappointing not to have the fans there, but for everyone’s safety the best experience is to watch it from home. This weekend I’ll be running a very special helmet, following the competition I ran to design my home grand prix lid. Be sure to keep your eyes peeled for the reveal this week.”

Carlos Sainz: “We head to Silverstone for our next set of races and the home races for the team! After some sweet and sour moments during an intense first triple-header, we’ve had some extra time to review the first weekends and draw our conclusions more calmly. We’ve analysed our strengths and weaknesses, and I can’t wait to drive this car on a third circuit with different challenges. Despite leaving some points on the table, overall it’s been a positive start to the season, finishing all three races in the top 10 and being consistent on track. Everyone in the team is pushing flat-out and we need to keep up the good work. I’m feeling recharged, prepared and ready to go again for another triple-header.

“Silverstone is one of my favourite tracks due to the quick pace of the circuit and the numerous chances to overtake. I had a great race at the British Grand Prix last season, finishing P6 with plenty of overtakes on track and intensively defending my position during the last few laps! Silverstone always offers exciting moments and we’re going to miss the immense support of the McLaren fans very much there. Even if they aren’t at the track, they can be sure we’re going to give our best to secure a good result and make them proud. Let’s go!”

James Key, technical director: “It’s been an exciting opening to the season that’s been closely fought between the teams around us. As it’s a compressed season, the pressure is on to make the most of every race weekend.

“We have come away from the first triple-header recognising similar strengths and weaknesses in the car from those we saw back at testing in Barcelona. This is good because it allows us to keep our priorities for development consistent with what we had previously planned.

“The British Grand Prix will see a continued evolution of the MCL35 with some developments that will be tested over the coming race weekend. We’ve got a unique challenge in balancing upgrades for this year while ensuring our 2021 car is moving ahead in parallel, as the only team to be changing engine partners between 2020 and 2021, our design work and planning for next year is more critical than for others.

“Silverstone will be the first high-speed circuit this season and offers a mix of different corner types that give will another useful data point for our car. It is a fantastic circuit and the flowing nature of the high-speed corners, combined with long, technical low-speed turns and the need for good efficiency will be a new challenge compared to Austria and Hungary.

“Looking ahead to the second grand prix at Silverstone and to Spain, we’ll have further test items to add to the car to provide new insight into potential development opportunities for the future.

“It’s quite an intensive period at the moment and there has been some great work, by the design and production teams in particular, to push all these items through in a relatively short space of time after coming back from the shutdown and furlough periods. Thanks as always to our colleagues at Renault and our trackside team for enabling us to collect data and maximise our on-track performance.”