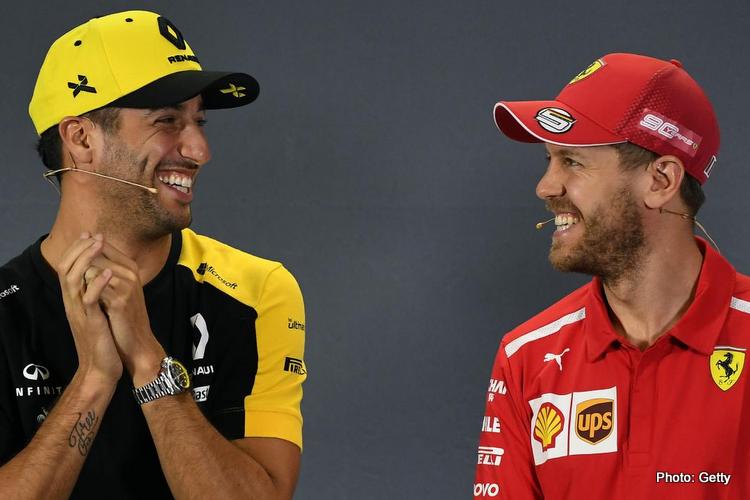 Ricciardo, who spent one year alongside Vettel in 2014 at Red Bull, has had to make his own adjustment since leaving the energy drinks outfit for Renault in 2019, and thinks it will take some getting used-to for the four-time Formula 1 world champion when he leaves Ferrari at the end of this season.

“For Seb, in his situation he has had pretty much his whole career in the sport running at the front,” he explained to the official F1 website. “I would say that probably every year he has contested in F1 he has been on the podium, if not won.

“If it is the case that he goes into a midfield team, it is foreign territory for him. It requires a bit more of an open mind, and some patience, but that is up to him and where he sees the next chapter of his career.”

While Racing Point are known to have lofty ambitions, starting with a re-badge as Aston Martin next year, it is still likely to take a number of season for them to build a title-winning team, and while Ricciardo has no doubt about Vettel’s ability, he is uncertain he has the patience.

“If he still has the will and drive to compete at the top level, then I hundred percent think he should continue in the sport,” he said of the 33-year-old. “But if it is in the midfield it is normally a longer play. You have to show commitment not just for another 12 months but two or three years.

“But that is something only he could answer. As a previous teammate, I like Seb, I certainly respect him in the sport. That is why if he wishes to continue I hope he finds a place where he is happy.”