Norris: The racing side was not my strong point 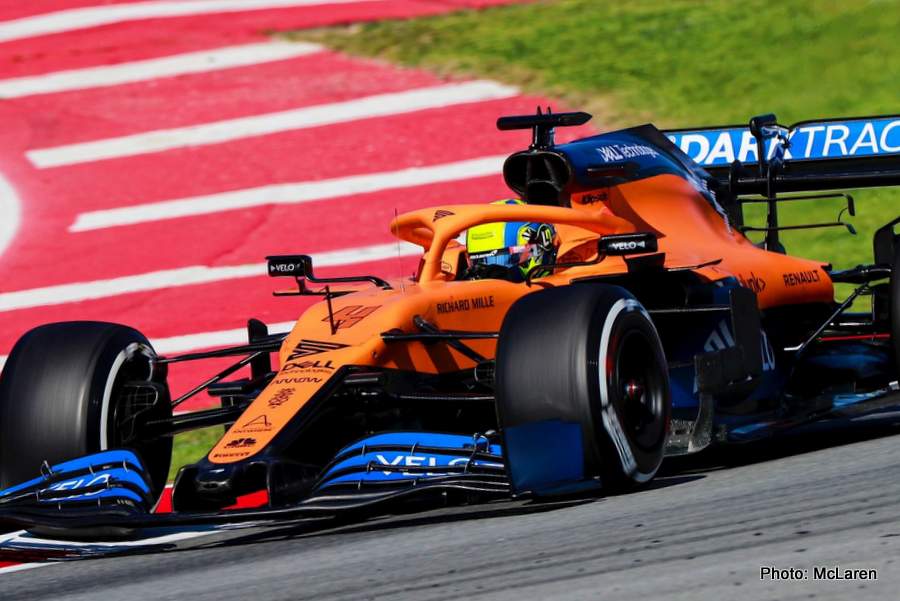 McLaren driver Lando Norris said that the opening few races of the 2020 Formula 1 season have exceeded his own expectations.

Norris earned his first ever Formula 1 podium during the Austrian Grand Prix, finishing third after Lewis Hamilton picked up a penalty, before following that result up with a fifth place finish at the Styrian Grand Prix.

The 20-year-old is currently fourth in the overall standings, but said he is still doing plenty of work to improve on his wheel-to-wheel racing.

“I never came into the season expecting something like it,” he told ESPN.

“The positive thing about that is having the results that we got through maximising every other opportunity that we could, being in the right place at the right time. I was never in this position last year — that was Carlos in Brazil, for example, being there when it mattered and when it counted and so on.

“[Last year] I probably would have been more keen to push and try and do better at the start of the race, not see the big picture. Being in the moment of ‘I need to catch this guy what’s my next thing?’ Do I save my tyres? Do I go to a two-stop? Thinking about these other things which last year I wouldn’t have done, wouldn’t have thought what to do in this scenario or maximising a scenario I’m in.”

“I’ve done a better much job in waiting, coming through making the moves I need to, having the aggression I need. That was nice for me to see on the confidence side of things.

“That’s all good but at the same time it doesn’t mean my race is perfect and it’s sorted and I can just focus on other things. There’s lots of other things I can do better and try and improve on.”

Despite his fast start, Norris said that he is taking nothing for granted and reflected on the unpredictable nature of the Formula 1 midfield.

“A race can very easily make you look bad, sometimes through no fault of your own,” he added.

“Being in the wrong position at the wrong time or something, things can very easily go wrong for you. So I’m not taking for granted the start I had. I need to be maximising everything when I can.”