Mercedes: First Friday in Austria we were in deep trouble 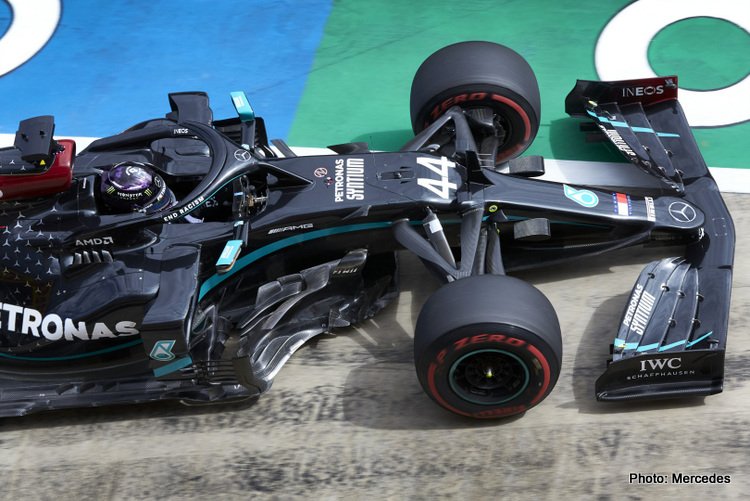 Mercedes were fortunate to survive the 2020 Formula 1 season-opener in Austria with its sensor issue, says technical director James Allison.

Despite ultimately winning the race with Valtteri Bottas, the Black Arrows struggled all weekend with vibrations going over the Red Bull Ring’s kerbs, so much so that Allison suggested it caused a crisis back at the factory.

“The sensor issue we had in the first Austrian race was a really scary one,” he said in a fan Q&A on Mercedes’ YouTube Channel. “We finished that weekend hanging on by the very tips of our fingernails. It was not a comfortable experience at all and it wasn’t comfortable because we knew on the Friday we were in deep trouble.

Ostensibly the wiring issue did nothing to diminish the W11’s pace advantage, although Allison detailed the all-hands-on-deck approach that was taken behind-the-scenes.

“So from that Friday of the first Austrian race there was already an awful lot of work going on back at the factory to try to understand what it was that was letting us down in the front end of the gearbox. Lots and lots of work to understand where the cable was vibrating and why that cable was breaking as a consequence of that vibration

“It was an awful lot of work with both the electronic designers, the people that then are able to do rig testing of gearboxes so that we could run it on our factory back here and check that the fix worked, and for the people who had to manufacture the new looms and newer new cable boots and new connector boots so we could get them back out to the track.”

“That work started on the Friday of the first Austrian race. The design was probably completed by midway through Monday, we were making bits on the Tuesday, we delivered them by the Wednesday and we were testing them on Thursday so we could just stay a small whisker ahead of the track running for the second race in Austria. It was a big scary thing lots and lots of people involved and lots of sleepless nights.”

That work was rewarded with a 1-2 finish at the Styrian Grand Prix, with an additional victory in Hungary a week later seeing Mercedes comfortably on top of the constructor’s standings with 121 points.