Ericsson: Aeroscreen a step up from the halo 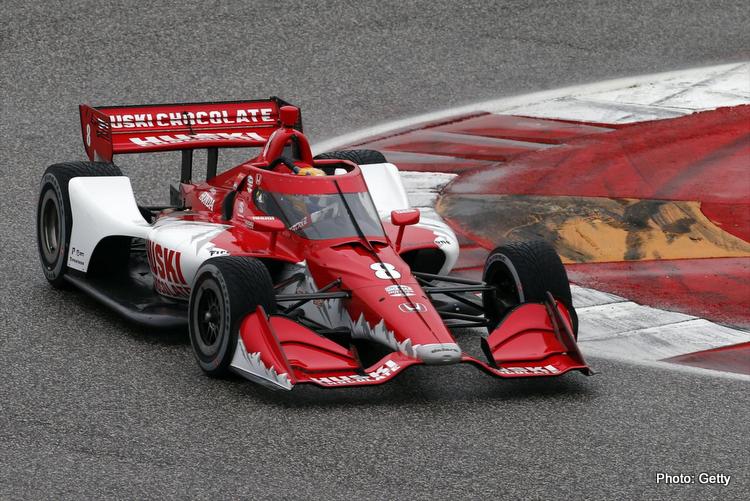 Formula 1’s head-protection would be better-served by the implementation of an aeroscreen instead of the ‘halo’, according to former driver Marcus Ericsson.

Ericsson, who raced in F1 from 2014-2018 with Caterham and Sauber, now races in IndyCar with Chip Ganassi racing, where the aeroscreen was introduced for the 2020 season.

According to the Swede, the aeroscreen’s effectiveness at stopping smaller debris from entering the cockpit makes it better than the halo, which has been on F1 cars since 2018.

“I think it’s another step up from from the halo,” he told The Race. “I could see F1 and the European categories go that way, in the future.

“Obviously the halo is good for bigger pieces but if it’s smaller debris, it’s obviously less protective compared to the aeroscreen.”

That protection is something Ericsson experienced first-hand in the IndyCar 250 at Iowa on July 17, where debris from a crash between Rinus VeeKay and Colton Herta was stopped by the device.

“When the crash happened, I was just focusing on trying not to get involved in the accident and not hit one of the two cars. I told the team that there was some debris hitting me but I thought it was nothing serious, should be all fine.

“But then obviously after the race I watched the replays, I could see that it was quite a big piece – his wing or whatever – that hit around my aeroscreen area.

“It didn’t look nice when I saw that, but it did look nice that I had the aeroscreen there.”

Originally trialed by F1 teams in 2016, the aeroscreen was rejected in favour of the halo as the latter device was believed to be more effective at stopping significant impacts, and driver Sebastian Vettel had complained the former’s curvature distorted his vision.

Nevertheless, as one of the few drivers to experience both, is clear about which one he prefers.

“It definitely again shows that IndyCar has really made the right call there [to introduce use the aeroscreen].

“We’ve done six races now, I haven’t had any issues with the aeroscreen and in this situation, it was good that I had it, but also Rinus and Herta’s car going over around the cockpit.

“I think the aeroscreen already has shown that it is there to stay.”