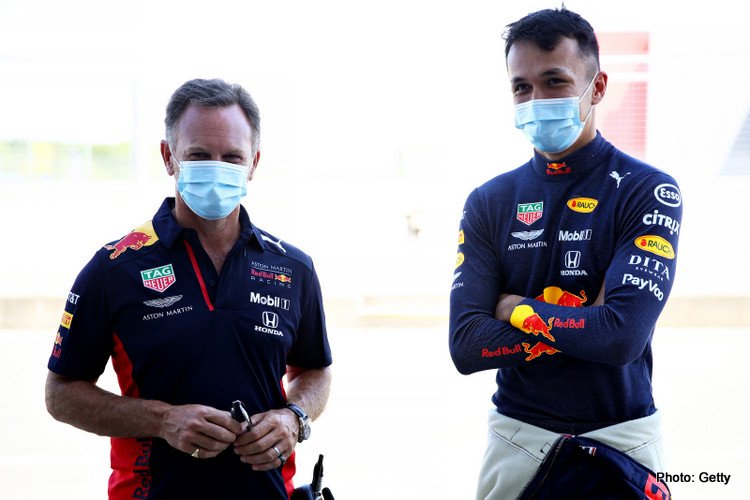 Under promise and over deliver is perhaps not the most cutting edge piece of advice you can give to someone in life, but Christian Horner should have remembered it.

After bigging up the RB16 in pre-season testing, not only do the Milton Keynes team look a bit silly right now, but they also have serious questions to answer about why they have made yet another slow start to the season. Three races in and Mercedes already look home and dry, and Max Verstappen can barely withhold his frustration.

In truth, there looks to be plenty of issues with this year’s challenger. Despite having made tremendous progress last year, the Honda power-unit is still not a match for the Mercedes and the Japanese manufacturer even expressed “surprise” at the quality of their rival’s development. Ferrari and their customer teams have already shown the devastating impact an under-powered engine can have on overall performance and I am certain Honda are not at the level they aspire to reach.

However, blame must also be apportioned on the chassis side too. While the Red Bull Ring in Austria does not place the most rigorous test on aero, the Hungaroring usually does, and in qualifying trim in particular they were found wanting. A few spins in pre-season testing were laughed off, but with the car looking increasingly difficult to drive for not only Alex Albon, but also Verstappen, there are questions to be asked.

In race trim Red Bull certainly have the second best car on the grid and in the hands of Verstappen they can still challenge for wins. But given the steps they took last season and the appearance of a tightening field, many expected more from them. It has been a long time since Red Bull challenged for either a driver’s or constructor’s title and it is not good enough for them to simply revert their focus to the new set of regulations.

Since their heyday in 2013, the team simply have not been able to compete at a wide enough range of circuits over a full season. Now the impact of not having your own engine in such a power-unit dominated formula is significant, but there must come a point where the team itself starts to shoulder some burden.

A further issue that has arisen since the departure of Daniel Ricciardo is that of the second seat. Verstappen is clearly top quality, but alongside him, drivers continue to flounder. While I am not quite sure as to whether Pierre Gasly or Albon quite have the speed and consistency to succeed at a top team, there is no doubt that they have more about them than has been evident so far.

With their driver conveyor belt no longer producing the same number of exciting young talents as it once did, the team has to make a decision. Are they responsible for the struggles of their second driver and can they do more, or is Albon, just like Gasly, simply not good enough.

As with all these issues, it will be fascinating to see how they respond. Red Bull is a team that gets a lot of positive press and far less criticism than the likes of Ferrari, despite the fact that they haven’t finished ahead of the Scuderia since 2016. With the pressure finally starting to mount, let’s see what they can do to bounce back.