Wolff: The gaps are nothing 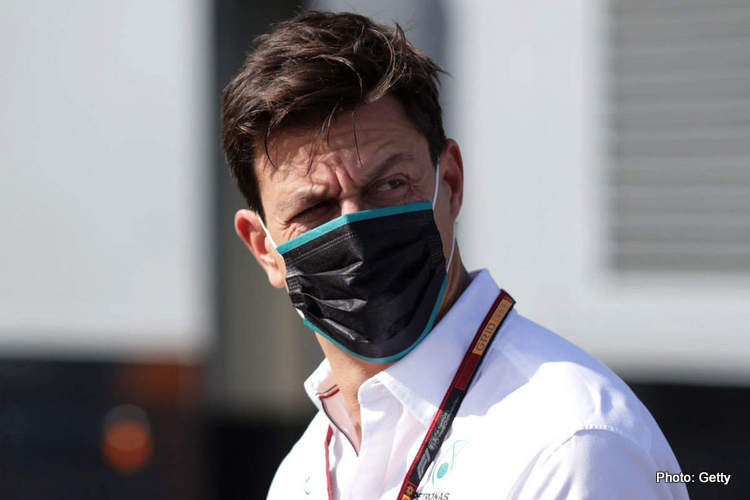 Mercedes cannot afford to rest on its laurels despite its pace advantage through the first three races of the 2020 Formula 1 season, warns boss Toto Wolff.

Winners of all three grands prix so far, Mercedes are first in the constructor’s championship with 121 points, while drivers Lewis Hamilton and Valtteri Bottas are one and two in the driver’s standings.

And yet while their next-closest competitors of Red Bull and Max Verstappen are 66 and 30 points behind in the constructor’s and driver’s respectively, Wolff the script can be quickly flipped if his team isn’t careful.

“I’m not sure I’ve seen the competition fall apart,” Wolff explained to Racer. “You can see that Red Bull was struggling all through the [Hungarian Grand Prix] weekend, and then they had a pretty decent race car, a car that didn’t look like it could start and the mechanics did a really awesome job in the car there.

“The gaps are nothing. If you look at the drivers’ points standings, it’s 30 points after three races that we have with Lewis to Max, so you have one DNF, and the gap is gone. You just need to keep going.”

As to the question of why the Black Arrows have been so successful this season, Wolff said he couldn’t pinpoint any one area of improvement.

“I think it’s never one thing — is the aerodynamic concept right, or was the engine development done with the right strategies? It’s a multitude of points that come together, different aspects coming together, it’s the investment in the right resource, it’s the amount of innovation that we’re able to extract from our research and development.

“Fundamentally, it all comes down to the people that are in charge. We have seen over the years that generation after generation have come up, have taken responsibility and accountability and have added to the team’s performance, and it is not only on the engineering side which we talk all the time, but it’s in every single area. It’s marketing, it’s communications, it’s social media, it’s sponsorship — this is what makes the team more successful I believe.

“Nevertheless, we mustn’t be carried away with thinking that we are the greatest, because then you start quickly losing.