For Argument’s Sake: Is Mattia Binotto the right man to lead Ferrari? 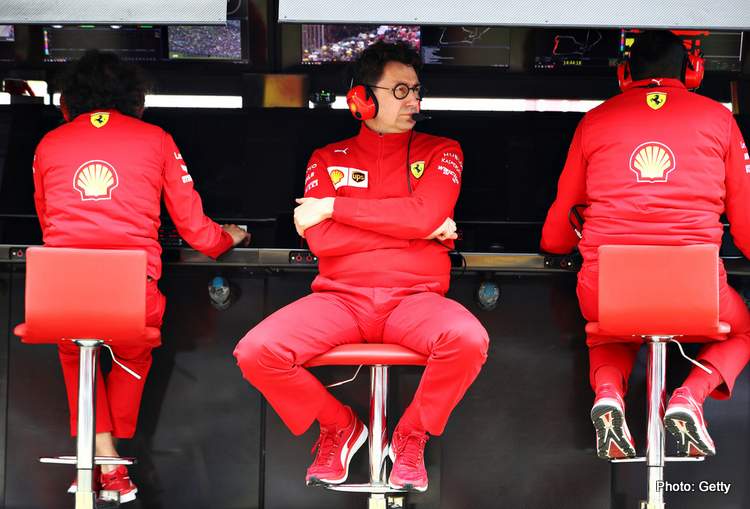 After an encouraging, if ultimately disappointing first season in-charge in 2019, Ferrari boss Mattia Binotto has found himself on the hot-seat early in the 2020 season.

Sitting fifth in the 2020 Formula 1 constructor’s championship with 27 points after three races, the same team that finished second each of the past three seasons looks like it would need some serious luck to repeat the feat this season, let alone challenge six-time defending champs Mercedes.

As a result – and particularly given the Scuderia’s organisational changes announced on Wednesday – the question must be asked: is Mattia Binotto the right man to lead Ferrari?

We asked our panel to give their thoughts:

William Dodds: As far as I can see, sacking Mattia Binotto at this stage would be premature. He is a man that has developed an immense amount of respect within Ferrari during more than 25 years with the team, and his dismissal would look as though they were simply looking for a scapegoat.

I am sure Binotto and those around him are seriously concerned about the state of this year’s challenger. However, this is part of a decline that has been evident at Ferrari for some time now and before looking at Binotto, management perhaps need to look at themselves. It is a team where something has clearly not been right for a while and they should find out why, rather than making knee-jerk decisions.

Ben Stevens: No, but I’m not sure it matters. I think Binotto is a good engineer, but his political performance (2019 fuel-flow scandal, Vettel-Leclerc situation, COVID-19) has been mixed at best, and considering the disaster he birthed that is the SF1000, he clearly can’t play politics and develop a car at the same time. That said, if a team in any other sport had spent as long struggling to get out of their own way as Ferrari has, we would’ve honed-in on the ownership a long time ago, and I don’t think anything really improves until either John Elkann, Louis Camilleri, or both make way for someone new.

Sam Tomlinson: It’s plain to see that the major issue with the SF1000 is its power unit. Ever since that private FIA agreement was made regarding the Ferrari engine, the three teams powered by it have slumped significantly. As we saw in Hungary, the car’s aero and chassis aren’t as dire as we first expected, especially if we pin Leclerc’s lowly P11 down to a classic Ferrari strategy blunder.

The suits at Ferrari will no doubt be looking for a head to lay the blame on, a scape goat who will feel the weight of Italy on their shoulders. The answer does not lie in sacking Binotto. Sure, there have been some interesting decisions made under his tenure but his departure will not make anything better at this point in time. What Ferrari are in need of is stability and leadership. That’s something I believe Mattia can continue to offer, at least until the end of 2020.

Jorge Girão: I don’t believe it is the right time to sack Mattia Binotto. Ferrari is struggling and is going through a very difficult situation right now – when the team was expecting to be fighting for wins, it’s in middle of the pack and the podium looks like a distant goal.

However, the present situation has its origin in the 2019 power unit controversy. I don’t want to go into the situation in itself, but Ferrari found itself with a car that was designed around a power unit around 50hp more powerful than what it has now and that had consequences for the SF1000 competitiveness.

The Scuderia is set for two difficult seasons and it must put all its efforts in the new regulations that will be in introduced in 2022. Binotto has to assure that this year the right structure is put in place to take advantage of the competitive reset that the new rules will promote and then, in 2022, he can be judged as the right leader for Ferrari or not. As he has been telling us, the Scuderia is a new team that is growing and some growing pains are expected, but if with the new regulation it isn’t capable of fighting for wins and championships, then it will be clear that Binotto’s leadership failed.

For argument’s sake: Is Mattia Binotto the right man to lead Ferrari?