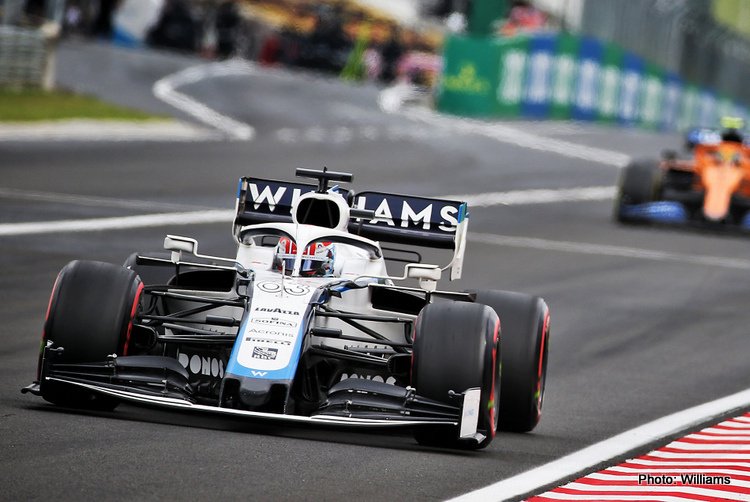 Williams are looking to continue to close the gap to the midfield with a “powerful” upgrade package that is due to arrive in time for the British Grand Prix.

So far, upgrades have been trialed in an alternating fashion, but both drivers will receive new parts next weekend.

WIlliams have managed to make a great improvement on last season when it comes to qualifying pace with both drivers making Q2 in Hungary. A first for the team since Monza 2018. Although George Russell has managed P12 on the grid two weeks in a row, the team haven’t yet been able to convert good starting positions into a points haul.

Russell, as like three-quarters of the grid, finished a lap down on Lewis Hamilton while Latifi struggled on Sunday finishing five laps down after a multitude of issues.

Nonetheless, the team have closed in significantly on Haas and Alfa Romeo, the latter of whom look to be direct rivals in 2020.

Briton Russell was running the components in Hungary which head of performance Dave RObson has suggested played a key part in his success: “It is quite powerful here, so probably Nicholas was always going to find it a little bit harder here relative to George.”

Having both run with the package, both drivers are ‘convinced that it is a clear advantage’. Both drivers will be graced with the complete package at the British Grand Prix.

The upgrades themselves have seen Williams make grounds in both aerodynamic and mechanical areas.

On the aero side, they have tested various rear wing designs, T-Wings and a dramatic suspension upright redesign which was brought to the first race of the season.

Williams have impressed with how much of an improvement they have made since 2019. After struggling with lackluster performances and financially over the past few years, it finally looks like there is some hope for the once-dominant F1 team.