In the Pitlane: Who will be taking a Stroll? 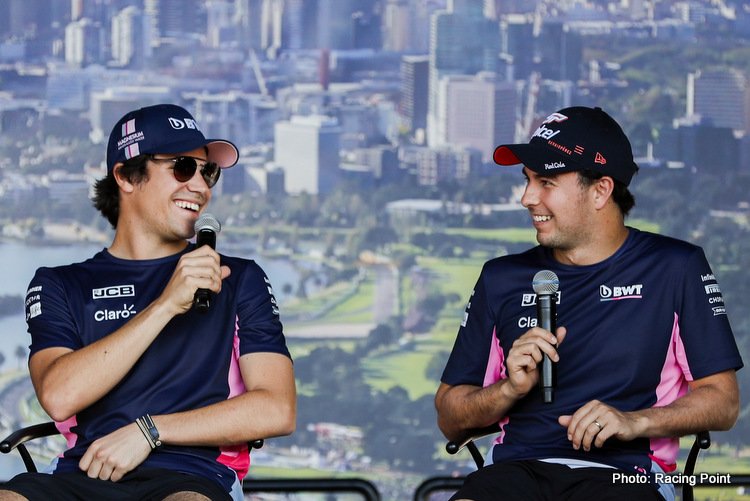 The tension mounts at Racing Point as the world of F1 waits with bated breath to find out if Vettel will sign for the team and who will walk the plank.

Will Stroll Snr do the unthinkable and sack his son and retain Perez for the 2021 season?

Well, most commentators believe it will be Perez going for a stroll down the pitlane even if he has been faster and brings big bucks to the team.

Lance of course is making the decision even harder with a good start to the 2020 season.

The most common personality trait among billionaires is the insatiable desire for money and success and one can safely assume Lawrence is no different. I think he will act ruthlessly in pursuit of his goals.

Everyone assumed the motivation for establishing Racing Point was to guarantee Lance a F1 drive, but was it?

At the time Stroll told the New York Times “While I’ve been a great admirer of the sport and obviously a great supporter since my son has been a driver, I never really anticipated owning a team, wanting a team. But, put simply, this was a phenomenal business opportunity that presented itself.”

So maybe money is the most important aspect for Stroll Snr and not his son’s ambitions?

If you ask any team owner/principal to a man or woman they will say winning the constructors’ title is the number one priority and winning the driver’s title is great but it’s not their focus, it’s a bonus. So why would Lawrence Stroll be any different, after all he is in F1 to win.

The pursuit of this goal will require Racing Point to sign the best drivers possible. As he chooses his drivers, if he feels Lance is not cutting the mustard then does he do the unthinkable and ditch his son?

Far-fetched? I am not so sure, at Spa 2019, it was announced that Sergio Perez had signed a new three-year deal to drive for Racing Point and the team was still in talks with Lance. There was laughter all down the pit lane as everyone claimed as much as bears go into the woods Lance will get the drive. Well, he did subsequently sign but here is the twist: the team did not specify the length of his contract, only he would drive next season. As it transpired it was only a one-year deal as he subsequently signed again in 2020 for the 2021 season.

Stroll started with a desire to see his son as a F1 driver and he certainly has spent a small fortune in doing so, previously investing in Italy’s third motorsports team (after Ferrari and AlphaTauri) Prema, of which Lance would go on to win the Euro F3 championship with in 2016.

Subsequently, he spent an eye-watering estimated $80m to secure a drive and “testing” costs for Lance at the Williams F1 team.

Will Stroll be prepared to “write off” this investment or will he instead engineer a move for Lance to Haas or Alfa Romeo?

I feel Perez will become collateral damage as Stroll embarks on his vision of owning a world championship team with his son crowned world champion.

Is this a realistic possibility?

Well, speaking to Formula1.com at the start of the 2019 season Stroll stated his ambitions, “Long term, when all the rules change, hopefully we will be one of the greatest teams in the paddock.”

It is worth noting billionaires never limit themselves, exampled by one Donald Trump who said, “I like thinking big. If you’re going to be thinking anything, you might as well think big.” Let’s face it, who would have thought a dubious property developer and reality TV star would become President of the United States of America? But that’s billionaires for you!

So, lots of questions that are going to be answered very soon in this unpredictable and intriguing 2020 season.

On a footnote: in a display of his alpha male character Lawrence is no doubt pleased he owns the biggest superyacht amongst the paddock. At 317ft it wins over one Sir Jim Ratcliffe, he of Mercedes sponsor Ineos falling short at 258ft and McLaren’s Mansour Ojjeh’s a pitiful 235ft.

It looks like series 3 of Netflix’s ‘Drive to Survive’ has been commissioned with the cameras of production company Box to Box present at pre-season testing and the Austrian GP. Unconfirmed reports claim the series has been approved for 2021 and 2022.

The teams allow access for a fly on the wall look at F1 and all footage except any that may reveal technical secrets can and does get aired, think Guenther Steiner.

F1’s owners Liberty Media are big fans of the series with Ian Holmes, F1’s director of media rights stating, “It is a truly unique series which allows fans to see the unseen side of F1, showcasing the personalities and emotions each team and driver goes through, both on and off the grid.”

“Drive to Survive has enabled us to reach an entirely new fanbase globally and partnering with Netflix ensures we are continuing to put fans at the heart of what we do, making the sport more open and accessible to all.”

F1 has cited the success of the Netflix series as being key in its growth among young fans, reporting earlier this year that 62 percent of new fans were under the age of 35.

F1 is not alone with drivers, team bosses, and circuit owners all praising the show.

The cost for Netflix to produce original content although central to its business model does not come cheap with the company raising $2b in 2018 and a further $1bn in 2020 to help fund new content.

So, the company needs to attract an ever-growing number of subscribers and to this end, Liberty is a valuable partner.

Liberty and Netflix have a long-standing relationship that goes back to 2013 when Liberty Global offered Netflix to its Virgin Media customers.

In 2016 a deal was struck to provide Netflix to Liberty Global’s cable channels in more than 30 countries.

Then in February 2020, the original deal was extended to the end of 2022 with 11 million customers of Liberty Global’s brands all gaining access.

So, the cosy relationship between F1 and Netflix is delivering the desired results for both parties.

On a footnote: it could have all been quite different as back in 2006 Liberty’s chairman John Malone tried to buy Netflix when he identified it as being undervalued. In 2015, Malone said one of his biggest regrets as an investor was not buying Netflix when he had the chance. Well, you cannot win them all.

First, we had the bizarre podium robots and then the news that the prestigious Paddock Club would provide a virtual alternative through Zoom. I’m not sure how you would enjoy a virtual dining experience, but hey ho I suppose its all part of the new normal.

In a strange coincidence, the organisers of the Paddock Club, the Austrian caterer Do & Co – now owned by F1’s logistics partner and sponsor DHL – first started catering for the Paddock Club at the Hungarian GP way back in 1992.

The late Niki Lauda had connections with Do & Co as they provided the catering for his airline Lauda Air.

In 1992 the contracted caterer pulled out of the race at short notice and a panicked Bernie Ecclestone asked Niki Lauda if he knew anyone who could step in and Lauda made the introduction. As they say, the rest is history.

If we want an idea of how the other half lives, then the Abu Dhabi race stats will surely make your mouth water. Guests at the last Paddock Club race before lockdown in Abu Dhabi ate their way through one ton of the finest fillet steak as well as 3,000 lobsters – half a lobster for every guest!