Masi: Nothing to look at with Bottas jump start 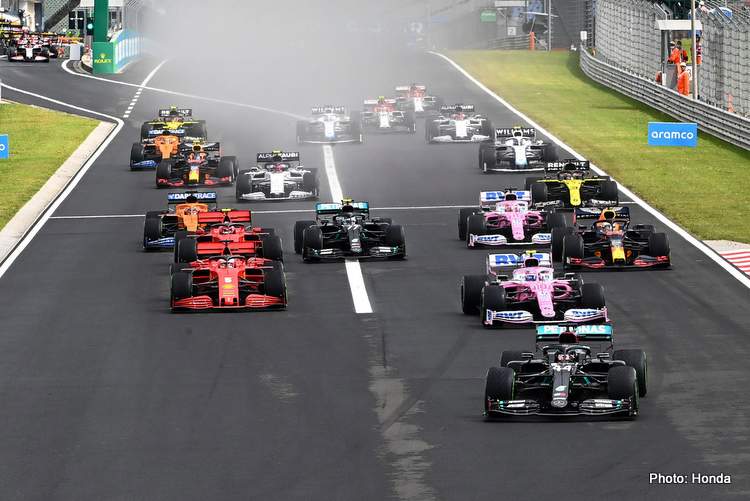 Valtteri Bottas’ jump start in Sunday’s Hungarian Grand Prix did not warrant a penalty as it was within tolerance of the sensors, says FIA race director Michael Masi.

Sitting in P2 on the grid for Sunday’s race, Bottas accidentally moved his Mercedes before the lights had gone out, after which he self-corrected his mistake by stopping and starting again, relegating himself to P6 in the run to the first corner in the process.

Nevertheless, it was expected he would receive a penalty for his error, but Masi explaining that he remained within the parameters of the sensors.

“The means by which a false start is determined is actually clearly detailed in the sporting regulations and has been the same process for a number of years, which is the transponder that’s fitted to each car is the judgement mechanism,” he said.

“There’s a sensor in the road, in the track, as well. And there’s a tolerance within that.”

Masi then highlighted the similarities with an incident involving Ferrari’s Sebastian Vettel last year at Suzuka, where the German also escaped without a penalty.

“As we saw in Japan last year, that is the determining factor. So there was nothing further to have a look at.

“We spoke to the timekeepers immediately, and they reviewed all the data, and that was the end of the matter.”

Able to recover after his error to third at the flag, Bottas sits second in the 2020 driver’s championship on 58 points, 5 behind teammate Lewis Hamilton.