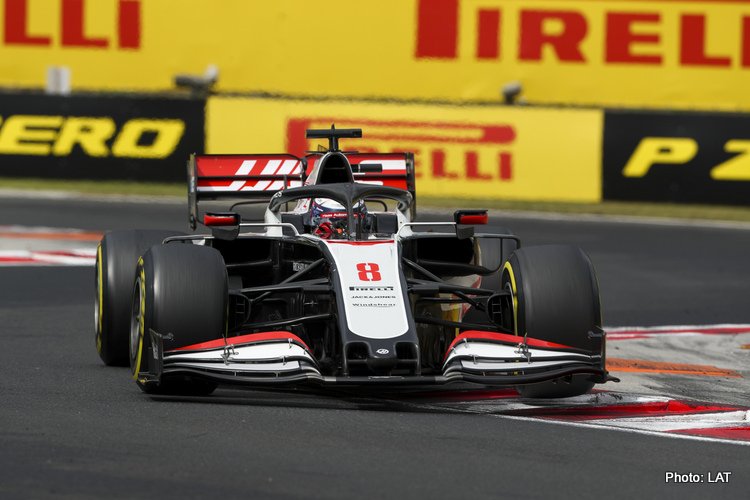 With the race starting under greasy, drying conditions after earlier rain, both drivers were instructed to pit at the end of the formation lap in order to swap out their intermediate tyres for slicks.

In so doing, the FIA has deemed they breached of Article 27.1 of the sporting regulations, which states that a “driver must drive the car alone and unaided”.

“Having considered the matter extensively, the Stewards determined that the team instructed the driver to pit,” the stewards’ decision read.

“The team could not prove that one of the exemptions made under paragraph A. 2. a) to g) of the Technical Directive 011-17 was applicable.

“Therefore, the Stewards consider there is breach of Art. 27.1 of the Sporting Regulations, that the driver must drive the car alone and unaided.”

As a result, Magnussen is demoted from ninth to 10th, while Grosjean drops from 15th to 16th. Nevertheless, it represents the first points haul for the American team this season.