Brawn: Copying in Formula 1 is standard 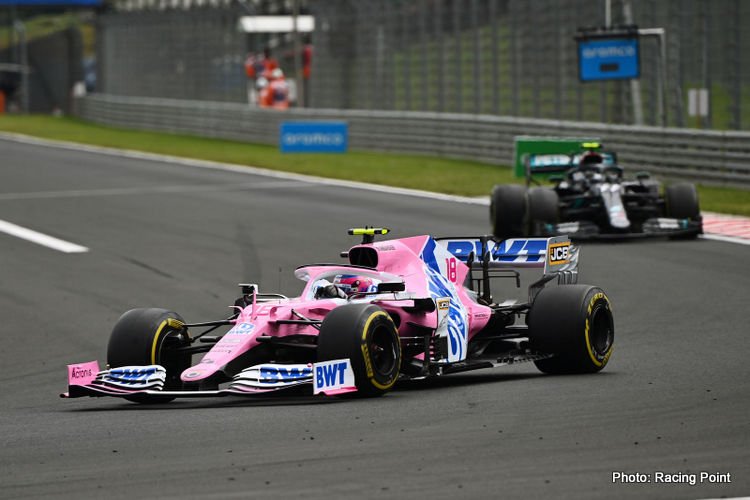 Racing Point should not be criticised for their decision to copy Mercedes’ 2019 car, says Formula 1 managing director Ross Brawn.

Dubbed the ‘Pink Mercedes’, Racing Point’s RP20 has been at the centre of heavy scrutiny due to its similarities to 2019’s title-winning Mercedes W10, with Renault protesting its design at the past two races for its alleged use of identical brake ducts.

However Brawn, who is a nine-time F1 constructor’s champion with Benetton, Ferrari and his own eponymous team, suggests that copying designs from others on the grid is a long-accepted practice in the sport.

“My view is copying in Formula 1 is standard,” he wrote in his latest column. “Every team has, in normal times, digital photographers in the pit lane out there taking thousands of photos of every car for analysis, with a view of copying the best ideas. We used to give our photographers a shopping list.

“Racing Point have just taken it to the next stage and done a more thorough job. There is not a single team in this paddock which has not copied something from another.

“I’d ask every Technical Director in the paddock to raise their hand if they haven’t copied someone else. You won’t see any hands. I have certainly copied others.”

Enjoying a close relationship with Mercedes as a customer team, Racing Point

And while the brake ducts in question are a ‘listed part’ under the 2020 regulations – meaning they must be produced in-house by Racing Point – Brawn argues that the visual similarities don’t really prove anything.

“Racing Point cannot forget the knowledge they acquired using the 2019 Mercedes brake ducts. I think it is illogical to think they can wipe their memory banks.

“It is a tricky problem and one for the FIA experts to resolve.”