Wolff: They make themselves a laughing stock 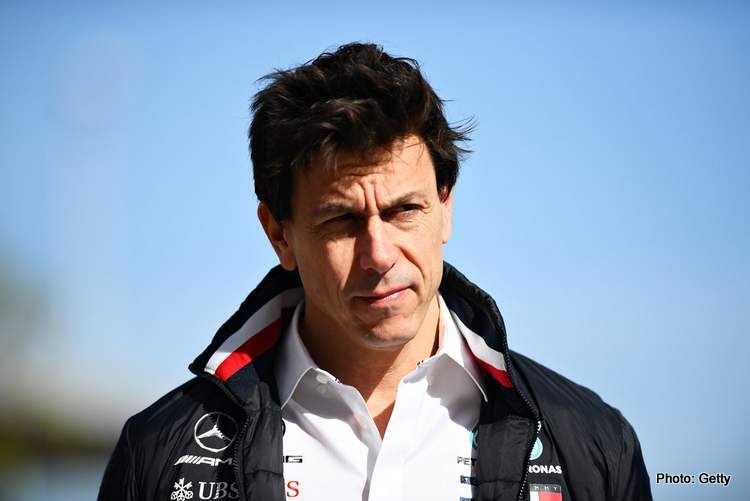 Mercedes team boss Toto Wolff hit out at Formula 1 rivals Ferrari and other teams for saying they were ready to sign a new commercial ‘Concorde Agreement’ setting out the sport’s future to 2026.

Ferrari and McLaren both said on Friday they could put pen to paper imminently, but the Maranello team boss Mattia Binotto hinted that some teams were ‘not fully happy yet’ with negotiations.

Wolff hit back in a video conference at the Hungarian Grand Prix, “I don’t know why some of the other teams made those ridiculous commentaries that they are ready to sign and there seem to be some competitors that are not.

“They make themselves a laughing stock with those comments in the public. Negotiations should be taking place behind closed doors without running commentary from competitors,” added the Austrian.

Wolff said Mercedes were talking to commercial rights holders Liberty Media about some clauses “which bother us a little bit but nothing that can’t be solved.”

He reiterated that Mercedes, who have won the last six drivers’ and constructors’ titles, were keen to stay in the sport.

Wolff also had a dig at Ferrari over their drop in performance compared to last season, when the Italian team pushed Mercedes hard.

Ferrari and the governing FIA reached a confidential settlement at the end of 2019 over their power unit, fuelling suspicions about what Formula 1’s oldest and most successful team had been doing.

“We were pushed by some of our competitors to absolutely new levels,” said Wolff, whose team have won the first two races of a COVID-19 delayed season and locked out the front row in Hungarian qualifying, of 2019.

“It brought us to almost burnout last year, to develop and innovate in a way to be competitive on track. And here we go, I think we made a substantial jump in performance from 2019 to 2020.

“Because we needed to last year, and that is a little bit ironic for me,” added the Mercedes team chief, after which his cars locked out the front row with Lewis Hamilton on pole and Valtteri Bottas second best.