Verstappen: This podium is dedicated to my mechanics 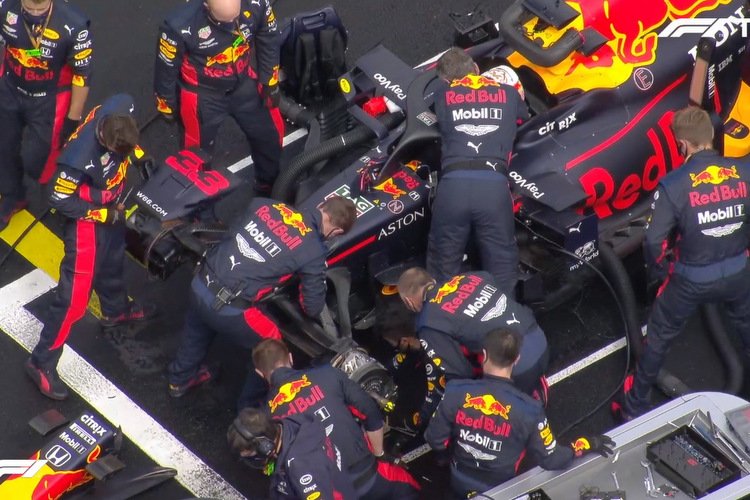 Max Verstappen can thank his Red Bull mechanics for finishing second at the Hungarian Grand Prix, his crew saving the Dutchman huge embarrassment when he slithered off the Hungaroring track on his way to the grid.

On a slippery surface, Verstappen lost control of his intermediate shod car, which rammed the wall and dented the left front substantially. With less than 20 minutes to lights out, the car was repaired.

Verstappen was quick to acknowledge, “This podium is definitely dedicated to my mechanics. I thought the race was over before it had even started. I braked, locked a wheel, came off the brakes and tried to brake again but went straight on into the wall on the out lap.

“I couldn’t believe it but I managed to reverse out of the wall and get to the grid. As a Team we never give up and the mechanics did an incredible job to fix the car so quickly, I don’t think anyone could actually believe they managed it but they all stayed very calm.

“The track was still pretty greasy but I had a good start. You cannot plan going into Turn 1 but I saw there was a traffic jam on the inside so I thought I would go around the outside where I knew there was grip in the wet and it worked.

“The race could have been very different if I was stuck in seventh place for a few laps that’s for sure. We then made all the right strategy calls and I just had to manage my tyres, be as consistent as possible and manage the backmarkers.

“To be second here between the two dominant Mercedes cars is an unbelievable result and we did not expect it yesterday after qualifying and such a difficult weekend.

“We want to try to close the gap to Mercedes, they are really dominant at the moment so it will be very hard to beat them but we won’t stop trying,” added Verstappen who trailed winner Lewis Hamilton over the line by eight seconds and a pit stop in hand.

Team boss Christian Horner also applauded the unsung heroes fo F1, “The mechanics did an amazing job today and Max owes this result to them. To get his car repaired in 20 minutes on the grid is incredible and you could see the sweat dripping off them.

The guys have been doing an amazing job, especially with the amount of specification changes we’ve had this weekend, as well as breaking curfew on Friday night. We were obviously on the ropes in qualifying so to bounce back and split the Mercedes with a P2 here is great. Max drove the wheels off the car,” declared Horner.